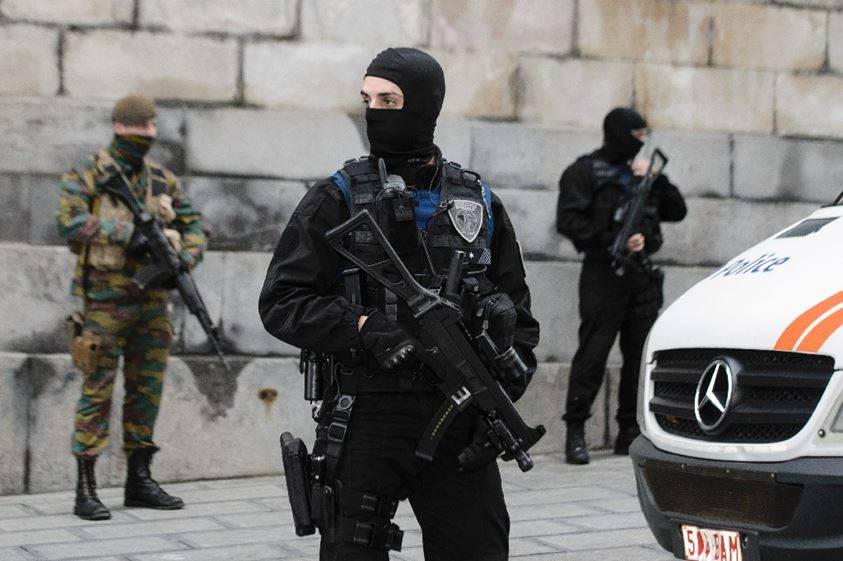 Almost six years after the horrific terrorist attacks, France has initiated what is being described as the “biggest trial” in its modern history. With 300 lawyers and about the same number of witnesses, court proceedings for the trial of the 20 accused have begun on 9 September 2021, and are expected to continue for at least nine months.
The trial will focus on the atrocities committed on 13 November 2015, when Islamic State terrorists carried out a series of attacks at Paris’ celebrated Bataclan Concert Hall, Stade de France (the national stadium where France was playing off against Germany) and several bars and restaurants. At least 130 people were killed and 350 were wounded on that fateful “night of terror”.
These attacks had come on the heels of the “Charlie Hebdo Shooting” in January of the same year. Terrorists had shot down 12 people and wounded 11 over the satirical magazine Charlie Hebdo’s publication of Prophet Muhammad’s caricatures.
The trauma of the 2015 attacks, also called “the deadliest attacks on French soil after the Second World War”, has left France’s national psyche deeply scarred and has profoundly affected its body politic since then. Considered to be the birthplace of democracy, along with the US, the 2015 attacks have seriously tested the nation’s faith in liberal and secular values as well as its tolerance for Political Islam.
To pre-empt terrorist attacks, the French governments have introduced several counter-terrorism laws and security measures since 2015. These measures have come with their own set of compliments and complaints. Some Western political observers, particularly from the US, as well as global civil rights organisations and even French political parties such as La France Insoumise (France Unbowed) have questioned the allegedly intrusive and punitive nature of some measures that they claim runs contrary to liberal and secular values. For its part, France sees itself as taking a more hands-on approach in combating terrorism, as its tolerance for radical ideologies and religious extremism has run out. The government under President Macron is particularly suspicious of the extremist narratives of Political Islam, which it believes spawns violent extremism and poses a threat to liberal values and civil liberties enjoyed by French society. Some of the “pre-emptive” measures, including security and legislative reforms, taken by the Macron government are mentioned below.

A new set of anti-terrorism legislation has given wide-ranging powers to security agencies, and these laws have remained in place even after the state of emergency was revoked in July 2017. Some of the fundamental tenets of the legislation enacted since 2015 are as follows:

The electoral factors seem to have played a major role in moulding the present counter-terrorism narrative in France. Far-right leaders such as Marine Le Pen are alleged to have used acts of terrorism in the country as a rallying point to unseat President Macron and the governments preceding him. The recent polls show her gaining ground before the next presidential elections in France in April 2022.6 Éric Zemmour, another upcoming popular far-right figure, is said to be taking the wind off the sails of President Macron’s re-election. Analysts opine that he may even announce his own candidature for the high office in the future.

For several decades, France has struggled to deal with the fissures within its multi-ethnic and multi-religious demography, and the issue of a bourgeoning Muslim citizenry has now become a part of the political discourse. The long shadow of French colonial legacy in Algeria has also sullied communal harmony. The French conception of a more assertive secularism has also generated a sense of insecurity among the religiously devout sections of the ethnic Algerian community, which had mostly migrated to France after World War II.8 The sense of real and perceived socio-economic marginalisation of the community is believed to have worsened the divide. Even President Macron has acknowledged the impact of the French colonial legacy in worsening the level of separatism within the population, which he alluded to even while unveiling the anti-terrorism laws.9 This shows that his government has contextualised the colonial factor while formulating the new anti-terrorism laws and is cognizant of its broader implications.

The terrorist attacks and the prevalence of Islamist ideas in French society and culture has likewise generated a sense of insecurity and backlash by the majority of French nationals against the minority of mainly north African Muslims. In fact, a national poll conducted by Institut Français d’opinion publique (IFOP), an international polling and marketing research firm, reveals that majority of French citizens hold the extreme view that Islamists have declared war on their country.10

Even liberal politicians today speak of taking a more assertive approach on matters of national security. President Macron for one, is alleged to have transitioned from a centrist to a centre-right politician in the wake of this growing public mood. However, he has painstakingly clarified on several occasions that his stance is against violent extremism of all kinds and not against the religion of Islam. In a speech on 2 October 2020, he said: “Our challenge is to fight against those who go off the rails in the name of religion…while protecting those who believe in Islam and are full citizens of the republic.”

The anti-terrorism laws enacted on 30 July 2021 are being considered necessary to combat the threats being faced by France in terms of its national security. However, the laws have also resulted in debates about the possible alienation of the Muslim populace, and the inadvertent effects of further radicalising individuals meant to be pre-emptively subdued.

Since 2015, Presidents Hollande and Macron have introduced wide-ranging and rather harsh anti-terrorism legislation, as some observers believe. Their criticism primarily stems from the view that the 2015 attacks have only reinforced the existing perceptions of discrimination felt by French Muslims.12

Notwithstanding the criticism, it is also true that incidents of terrorism in France have gone down since the introduction of sweeping reforms, as is evident in the Global Terrorism Index 2020, which has registered a reduction of two points on its score index.13 According to Prime Minister Jean Castex, the past four years have witnessed the containment of 36 terror attacks.14 Furthermore, La Direction générale de la sécurité intérieure (The General Directorate for Internal Security) has maintained a database of individuals whose radicalisation it needs to prevent. The number of such individuals has gone down from 10,000 to 7,768 between April 2018 and July 2021.15

India stands in solidarity with its strategic ally, France in its fight against terrorism, as has been made clear through the public affirmation of support by our government.16 India could also study and institutionalise some of the more effective and less contentious French strategies to counter the ideological challenge emanating now from Afghanistan that has the potential to pose major security risks across the region.

The author is Research Analyst at Manohar Parrikar Institute for Defence Studies and Analyses, New Delhi.

The Nuclear Submarine Deal of the New Troika
COVID-19: Impact on Women in the Philippines
Comment