Sanam’s Indigo flight lands fifteen minutes early and as she has no check-in baggage, or any other reason to delay her egress, Sanam breezes out of the airport within minutes of disembarking, and finds herself at the taxi stand where the festival organizers have sent her a cab.

On her way to the IIT fest, she finishes off her calls and tweets, scrolls through the comments on Instagram where she has posted a picture of her boarding pass, and even checks out the Snapchat map to see how many of her friends are in Mumbai currently. Her virtual life sorted, next on her agenda is bhel puri—the tangy street snack that her Dilli (Delhi, as referred to locally) can never make the way Mumbai does. Directing her cabbie to her favourite street joint, her bhel puri-wallah bhaiyya, she alights to get her bhel that bhaiyya mixes just the way she likes it—with extra tamarind-jaggery chutney and lots of raw mango slivers. She gets one for the taxi driver too, who laughs happily and joins in her celebration of all things Mumbaiya.

Soon they are cruising through Juhu and through the gaps in the buildings, Sanam catches inviting glimpses of the beach. The fleeting sight awakens an irresistible urge to walk into the ocean. She promises a very large tip to the driver because she must indulge herself, even if for just a few insane minutes. She walks mesmerized towards the sea like it were beckoning to her on some subliminal level, the moist breeze lifting her hair, the sand giving way under her bare feet as she slips off her sandals. She walks down to meet the water that ebbs and flows on to the beach, uncaring of anybody and everybody around her. She can identify with the waves because she lives her life just as the tides do, flowing in and out at will. Friends and boyfriends can come and go, but they create no lasting ripple; the only exception is her family, which is a permanent feature of her life.
Refreshed, she treks back to the cab and freshens up her make-up and hair as the mad Mumbai traffic swallows them once again. Sanam sighs as she watches two-wheelers darting in and out of incredibly narrow spaces between the bumper-to-bumper cars and buses—big cities are the same everywhere. Her father wants her to marry Bengaluru-based Nitin, who is Choudhry uncle’s eligible son. She will cross that bridge when she comes to it. Right now, it is college and Tinder guys, who are enough to fill her social calendar.

When she finally reaches IIT, she tips the driver generously and he beams from ear to ear. She enters the campus and disappears into the swarm of student crowd. Over a lakh participants from thousands of colleges across India have come to compete and to chill in a festival that has been pegged to be the biggest in Asia. Winning on this massive platform will be an achievement in itself and will enhance her CV as well. She is determined to make her mark.

A ton of cool events are lined up—from music shows to fashion, stand-up comedy and more but Sanam’s mind can absorb nothing until the debating event is completed. She chats with the organizing staff, extracting as much information as she can about the debate topics, the rules, the names of the other contestants and every other question that she can think of to be completely and totally prepared.
It’s late in the afternoon when Sanam takes the podium and smiles at her opponent, Kartik—he defeated her the last time the two shared a stage. Time to get even. The topic of the debate is Kashmir—Rising Militancy in Kashmir—Use Force, Don’t Hug Them? She speaks for the motion. Cow them down first and then talk. No one listens when you act meekly. We have let them grow way beyond their boots. Should have nipped it when street processions were thin and infrequent. Mounting public defiance against government rule in Kashmir has happened because we allowed it. Today you got locals thronging funerals of militants—making them martyrs. Disobeying curfews. Crowding around encounter sites . . . helping terrorists escape security forces. Why are they doing this? Because we have let them. This should stop. We need a strong multipronged action plan. One that is implemented in a phased manner, checking both violence and alienation of the people. We need to use force. And use it effectively . . . to bring them to the table for a dialogue.

Kashmir and Kashmiris are still awaiting their fate, but Sanam’s is decided that evening, at their expense. She wins. The Best Speaker trophy is hers! To display on her desk or to line up with its many predecessors on the glass-fronted shelf above the desk.

Goal achieved, it’s time to let her hair down; to catch up with all the faces she knows from so many other fests she has attended. Share a coffee with Ankit whom she had found cute when she first met him at a Hindu College event. Swap gossip with the Xavier’s college crowd and discuss the state of the nation with the Presidency know-it-alls. And she so wants to go to that comedy act scheduled in an hour—Papa CJ is featured. Besides this, a music gig with big names is slated for the next day: high octane music that brings all the attendees together. But tomorrow is another day. Tonight, all she wants to do is soak in the magic of the campus. Into the night she goes then, into the open greens in the campus, lit with cosy bonfires on fest nights for all to jam to popular tunes! Conversations that happen here cast their spell for long. The warmth of the fire, friends-just-made and talks both inane and meaningful keep Sanam awake and enchanted until the wee hours of the morning.
She never wants to forget this.

As Sanam was holding forth on Kashmir and its mountain of issues on stage, there is another equally distinguished mortal tuned to the same topic. Aamir is supine on the verdant greens, a few kilometres from that heaven on earth known as Lolab Valley, eyes shut, listening to the news on the radio.
The government plans to heal wounds in the Valley by offering more scholarships to Kashmiri children. Ten seats per sector per college will now be offered to Kashmiri students under the Pradhan Mantri Scholarship Scheme. Funds have also been sanctioned to set up girls’ hostels and two engineering colleges in the state.
Aamir listens intently.

Ten seats! That would mean a lot if the scheme actually reached the students. Two seats are already available under this scheme, but funds are often denied to the students, compelling them to return home mid-session, dejected and disgruntled. Policies are well-intended; the only problem is that they are rarely, if ever, implemented as they should be . . .

Something thuds right next to Aamir, derailing his train of thought. It’s Moeen in a billowing phiran that, despite its voluminous cut, fails to disguise his gaunt frame. Before Aamir can lever himself up on his elbows, his cousin leans over and turns off the radio. 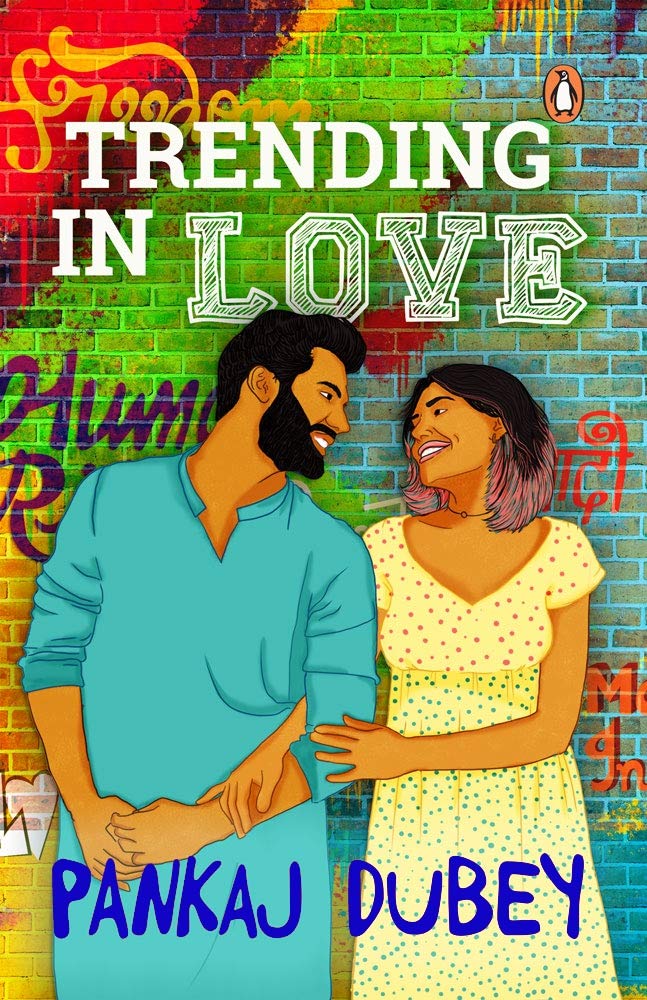 Excerpted with permission from Trending in Love, Pankaj Dubey, Penguin India. Read more about the book here and buy it here.

It's 1943. Three Indians find themselves in the British town of Swindon to help in UK's World War II efforts, and what follows is a rollicking tale of cultures colliding
Stories of the Ganga: Chronicles from the Kumbh Mela at Prayag