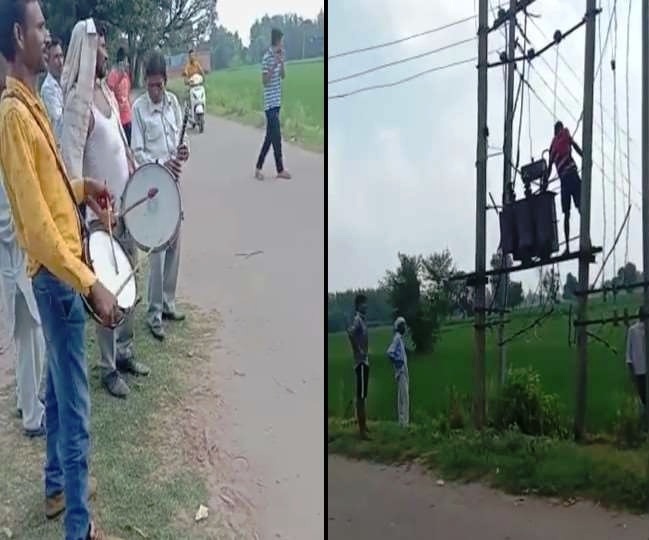 Jammu: A village 60 Kilometers away from Jammu celebrates the moment with band and baja after a team power department arrived to replace defunct transformer after 26 days.

The incident was totally against the tall claims of Jammu and Kashmir government to supply 24*7 power in coming days as well as replacing transformer in 48 hours.

The incident reveals that that the situation is quite different on the ground as the transformers are being replaced after 26 days in far flung villages.

As per the report published in Danik Jagran, the incident happen in Kathua district’s village Chadwal which close to  International Border.

The transformer was damaged  in the month of July. After much effort, the villagers expressed their happiness of installing the transformer after almost one month.

Due to which the high consumption in summer is causing heavy load on the transformers. Questions are also being raised on the quality of the transformers being replaced. In the Rupnagar area of ​​Jammu city, a few hours after the old transformer was replaced, the new transformer got burnt. Most of the transformers have failed due to agricultural feeders. This has affected the farming of farmers. are in circle.