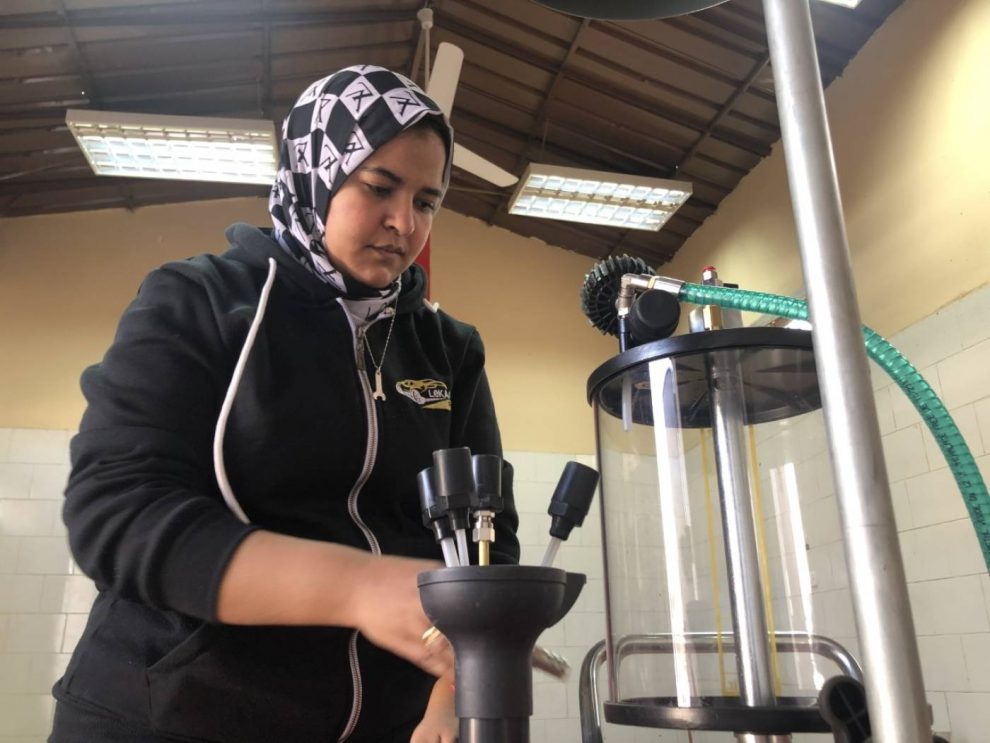 ESNA, Egypt: Lekaa El Kholy’s father used to rub a little blackened engine oil onto her face and tell her to wear overalls when they went to the Egyptian city of Luxor to buy supplies for his car repair workshop.

It was his way of showing people his daughter was a mechanic just like him, and of confronting deep-rooted beliefs about gender roles that keep all but a few women out of traditionally male professions in socially conservative Egypt.

Today, El Kholy, 24, has been fixing cars for more than a decade in the village of Esna and has captured national attention – with President Abdel Fattah el-Sisi hailing her as the Upper Egypt region’s first female motor mechanic.

This month, she opened her own car maintenance centre in nearby Luxor and is also helping other aspiring female mechanics enter the male-dominated trade, especially those facing social or family pressures over their career choice.

“It’s not only about achieving my career dreams but also giving a helping hand to other women who are facing social challenges to become mechanics,” El Kholy said in her office, her late father’s portrait standing on a desk behind her.

She said she had been lucky because her father, who died in 2016, had supported her since she first showed a passion for the profession at the age of 11.

“I’m sure there are many other women out there who are passionate about the job but don’t find adequate support and help,” El Kholy told the Thomson Reuters Foundation.

According to the 2015 Global Gender Gap Index, Egypt ranks low in gender equity compared to other nations.

The Index, which measures disparities between men and women across countries, ranked Egypt 136th out of 145 nations and noted that only about a quarter of Egyptian women have paid jobs compared with nearly 80% of men. El Kholy has been organising training workshops for women interested in car maintenance in her hometown and in Tanta, a city north of Cairo where she used to work in a repair business.

So far, about 20 women have taken part and El Kholy said she planned to hire some of them at her new centre.

“From my training experience with men and women, I can confidently say that women are far better because they are more passionate about anything new they do,” she said.

One of El Kholy’s students, Nourhan Ahmed, 25, is already working at the car maintenance centre.

Ahmed said she had always loved cars and wanted to learn about vehicle maintenance – either for a possible job or for when she buys own car – but had never been able to find courses aimed at women.

Alongside her efforts to help other women enter the profession, El Kholy has ambitious plans for her business and hopes to open several branches in Egypt and even launch a brand that can be franchised abroad.

“This is a dream for me and I believe that I will achieve it one day,” she said.