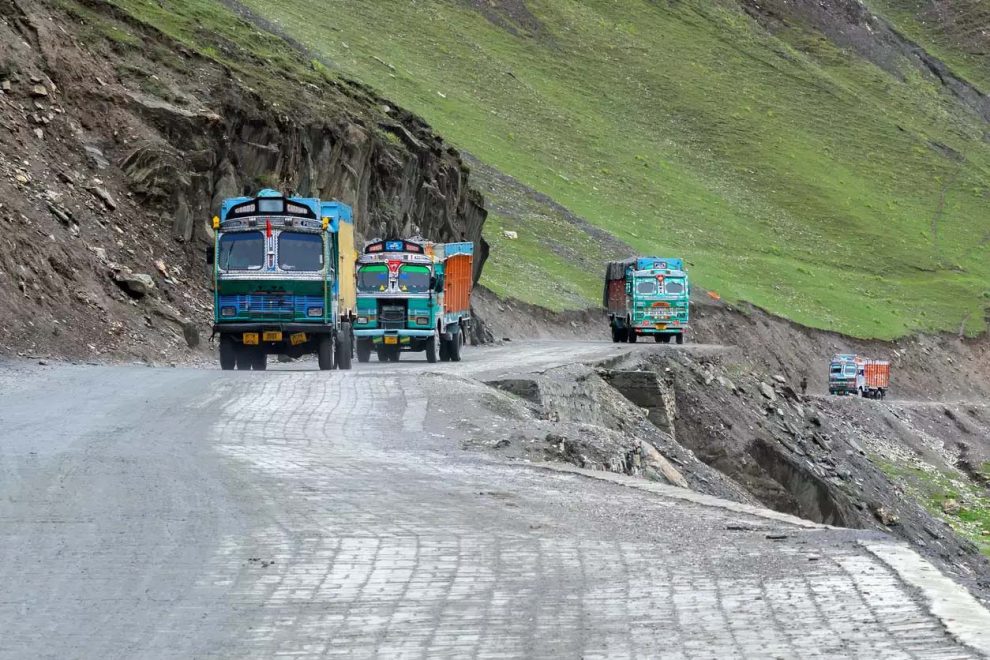 Srinagar, Nov 2: Traffic was resumed on the national highway, the only road linking Union Territory (UT) of Ladakh with Kashmir, after remaining suspended due to slippery road conditions following snowfall on Sunday afternoon.

Meanwhile, only one-way traffic will continue to ply on the Srinagar-Jammu national highway, the only road connecting Kashmir valley with the rest of the country, till further orders, a traffic police official told UNI this morning.

He said the historic 86-km-long Mughal road was also through for traffic and vehicles had to ply between 1100 hrs to 1600 hrs only.

He said the road at Zojila, Meenmarg, Shaitan Nallah and Drass had became slipper due to fresh snowfall in the afternoon yesterday. However, with the improvement in the weather, the road condition has improved and traffic was resumed today, he said.

Meanwhile, hundreds of trucks , loaded with essentials besides petrol and diesel tankers, are leaving Kashmir everyday for Ladakh region, which remained cut off during winter months due to heavy snowfall.  However, Union minister Nitin Gadkari launched blasting process of 14.15 km Zojila tunnel on October 15 to make Srinagar-Leh highway all weather road.

Spokesman said only one-way traffic will continue to ply on Srinagar-Jammu national highway to avoid traffic jam.  On Monday traffic will ply from Jammu to Srinagar, he said adding travelers are advised to follow Standard Operating Procedure (SOP) issued by the government to prevent spread of COVID-19.

However, he said, Light Motor Vehicles (LMVs) have to cross Nagrota Jammu between 0500 hrs to 1100 hrs and Jakheni Udhampur between 0600 hrs to 1200 hrs only.  No LMV will be allowed after deadline, he said.

He said Heavy Motor Vehicles (HMVs) will be allowed to leave Jakheni Udhampur towards Srinagar only after the last LMV cross the area.

No vehicle will be allowed from opposite direction, he said.