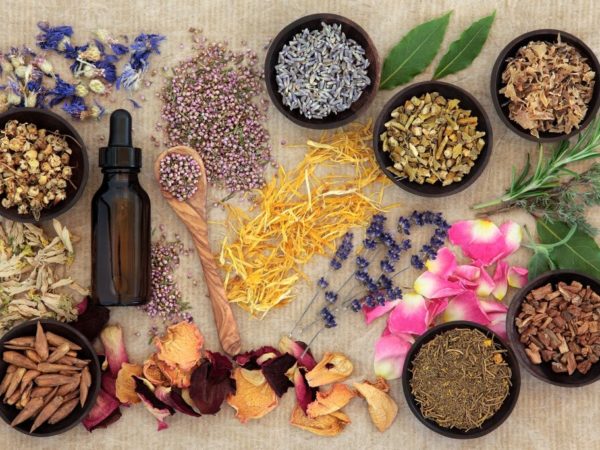 The health infrastructure in the country is quite poor, with overcrowded hospitals in cities and towns and non-existent health facilities in many blocks in remote villages. An alternative source needs to be seriously considered for providing basic healthcare to the poorer sections. Moreover, it is indeed impossible for around 50 percent of the population to avail health care in nursing homes as costs of specialised treatment, specially surgery, is inordinately high and government aided hospitals are overflowing with patients.  Added to this, is the high cost of allopathic medicines. In such a scenario, it is quite rational to explore homeopathic and ayurvedic treatments, which the government is rightly encouraging in all possible ways.

India has a long history of traditional medicine and ayurveda is possibly the most representative system. Like traditional Chinese medicine, ayurveda in India is a life science derived from experience. It emphasises that human health requires both personalised medicine and a holistic approach. In recent years, there such treatments are getting quite popular, and a large section of the population is availing this medium. In cities also, there are many homeopathic and ayurvedic doctors who are getting popular with people going to them for treatment. According to some veteran doctors of ayurveda, many complicated diseases can be cured at a much cheaper rate than allopathic treatment.

The government has rightly been giving impetus to the growth of homeopathic and ayurvedic treatments, considering the cost effectiveness. Many conferences on the subject are being held in various parts of the country and recently one such conclave was held at IIT Kharagpur. The lack of hospitals or wellness centres of traditional medicine in the country was a concern and s a major impediment. Therefore, it is vital that at least one such centre in all districts of the country be set up.

Importantly, the WHO and the Indian government has early this year established the WHO Global Centre for Traditional Medicine at Jamnagar in Gujarat. This global knowledge centre for traditional medicine, supported by an investment of USD 250 million from the government, aims to harness the potential of traditional medicine from across the world, through modern science and technology to improve the health of people and the planet. The Centre is expected to focus on four main strategic areas: evidence and learning; data and analytics; sustainability and equity; and innovation and technology to optimise the contribution of traditional medicine to global health and sustainable development.

There is no denying that some 40 percent of approved pharmaceutical products in use today derive from natural substances, highlighting the vital importance of conserving biodiversity and sustainability. For example, the discovery of aspirin drew on traditional medicine formulations using the bark of the willow tree, the contraceptive pill was developed from the roots of wild yam plants and child cancer treatments have been based on the rosy periwinkle. Nobel-prize winning research on Artemisia for malaria control started with a review of ancient Chinese medicine texts.

The drugs used are mainly animals, minerals, and marine drugs. In clinical practice, the drugs used are single or compound. The properties of the drugs stimulate the functions of specialised organs, exert the natural activity of medicinal plants, and stimulate the natural healing power of the body. In addition, Indian herbal therapy has a very old history. It mainly uses the oil extracted from herbs to remove toxins from the body and restore the body to a natural balance.

There is a general belief, and not without justification, that ayurvedic medicine can calm people’s minds and divide mental energy into three types — satwa, rajas, and tamas. The harmony of these three kinds of energy can keep people safe from interference and disease, activate people’s perception, and make people happy. Indian doctors believe that human health, is, first and foremost, the health of the mind, which directly affects the body. For example, music can make people’s souls enter the void; music meditation can also bring clear thinking, a healthy body, and harmonious interpersonal relationships.

There are currently over 400 research institutions engaged in traditional medicine in India, including the Indian Ayurveda Scientific Research Centre, the Central Drug Research Institute (CDRI), and several private research centres and institutions. Added to this, the government has been supporting different research and development (R&D) plans related to medicinal plant research. Over the years, the budget allocation for the Ayush sector witnessed gradual increase, specially since the 12th and 13th Five-Year Plans.

Keeping in view the need for imparting cost-effective treatment to the poorer and marginalised sections of society, it is expected that homeopathic and ayurvedic medicines would come to the rescue of these people. Moreover, with increase in the incidence of diseases, there has to be an effort towards curing the patient and not just giving some relief. In diseases like diabetes, muscular and other types of pain, skin problems etc. it is believed that traditional medicines may be of great use. Of course, surgery, wherever necessary must be undertaken.

With the government’s budget for health care quite low by international standards and somewhat insignificant compared to the huge population, the focus on homeopathy and ayurveda should be of great help to people residing in rural and backward regions of the country. One cannot deny the fact that Indian herbs and plants are the source of many medicines and this motivated the WHO to set up the Global Centre here.

Dr Tedros Adhanom Ghebreyesus, WHO Director-General has said: “For many millions of people around the world, traditional medicine is the first port of call to treat many diseases,” and “Ensuring all people have access to safe and effective treatment is an essential part of WHO’s mission” This new Centre, he added will ‘help to harness the power of science to strengthen the evidence base for traditional medicine.’  It is hoped the Centre provides the best healthcare solutions to the world.—INFA