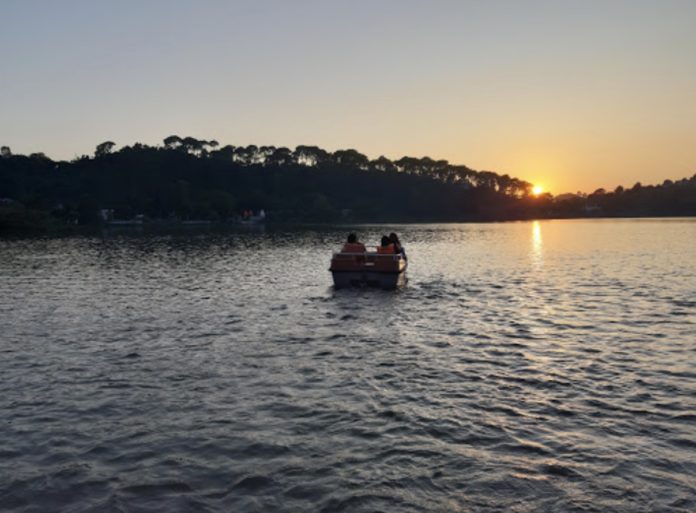 The tourist footfall has increased manifold to one of the fast emerging destinations Mansar Lake situated in Udhampur district of Jammu and Kashmir, some 55-kilometres from here as around 8.96 lakh tourists from within the Union Territory and other parts of the country visited till November this year.

According to official sources, Mansar has become one of the most favourite destinations for the tourists and not only locals but also the outsiders are reaching in large number to the place having mythological belief that it is a ”devsthan” of ”naag devta”.

To woo tourists, many adventurous, recreational activities like boating, camel, horse riding were started previously and in the coming days, zip-line, free fall, bungee jumping, climbing wall like activities would also be introduced soon, he added.

In the past one decade, Mansar Lake has witnessed the highest-ever tourist footfall in 2018.

Advisor to Lieutenant Governor, KK Sharma on Wednesday reiterated that a string of measures have been taken to boost Tourism sector in Jammu and Kashmir.

Speaking to a group of tourism sector stakeholders here, he said that travel marts are being held which will help in increasing tourist arrivals here while listing the tourism promotion activities being carried out in different parts of the country and globally.

Terming the tourism sector as mainstay of JK’s economy, Advisor Sharma said, ”our focus is on promotion of potential tourist spots on sustainable basis”.

He said that sustained campaign would contribute tremendously in boosting pilgrimage tourism which would in turn create jobs by accelerating the economic and trade related activities in these particular areas.