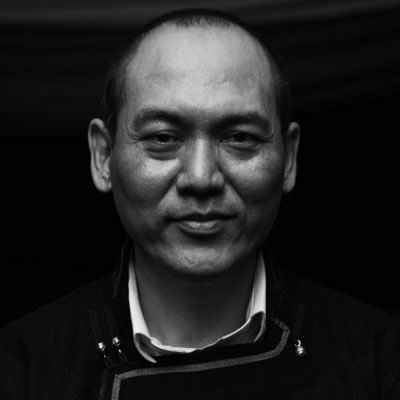 Leh, Apr 02: The lone top-ranking local bureaucrat, Rigzin Samphel in Ladakh Union Territory is set to return to his parent cadre of Uttar Pradesh, with local administration claiming that he has withdrawn consent for extension in the deputation.

Samphel had come on a three year deputation to the erstwhile state of Jammu and Kashmir in 2018 when he was serving as special secretary in the Chief Minister secretariat of Yogi Adityanath in UP.

According to a relieving order a copy of which lies with news agency—Kashmir News Observer (KNO), “consequent upon completion of tenure of inter cadre deputation of Shri Rigzin Samphel (IAS/ UP 2003) in terms of notification No 13017/ 01 / 2018-AIS- dated 26 March issued by Department of Personnel Public Grievances and Pensions (DoPT) Govt. Of India, the officer stands relieved w.e.f the afternoon of 2nd April 2021.”

The officer is further directed to report the chief secretary, the state government of Uttar Pradesh, order reads.

The order was issued by the Under Secretary, Sonam Chhosdon General Administration Department with the approval of the Lieutenant Governor of Ladakh.

Samphel a 2003 batch IAS officer served as Commissioner Secretary in the Ladakh and also as the official spokesman of the UT after the bifurcation of the erstwhile state of Jammu and Kashmir.

Sources said that the outgoing top-ranked officer before the completion of tenure in Ladakh had written for expansion but withdrew it later citing personal reasons while the UT administration had also recommended the extension of his services for some time and had sought a nod from the competent authority.

The relieving order was issued on Friday and the officer was relieved from the duties this afternoon.

Notably, several public representatives, social organizations, political activists, student bodies were regularly demanding the extension of services of the outgoing top-ranked officer and expressed their dismay over his transfer—(KNO)