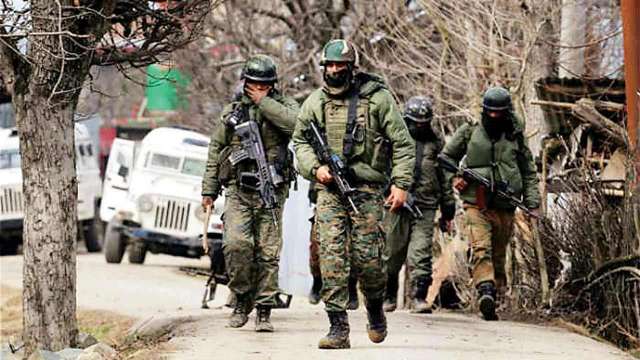 SRINAGAR: A top Lashkar-e-Toiba commander was killed in an encounter with security forces in Baramulla district on Saturday, even as a militant module of Islamic State of J&K (ISJK) was busted with the arrest of militant associates from whom ammunition and flags were recovered.

On a specific input regarding presence of terrorists in village Check-i-Saloosa Kreeri area of Baramulla, a joint cordon and search operation was launched by Police, 52RR and 176BN CRPF in the said area, said a police spokesman.

During the search operation as the presence of terrorists got ascertained they were given opportunity to surrender, however they fired indiscriminately upon the joint search party, which was retaliated leading to an encounter.

In the ensuing encounter, 1 terrorist was killed and his body was retrieved from the site of encounter. “Although the affiliation of the killed terrorist is being ascertained, however the reliable sources indicate that killed terrorist is Anees alias Chotu Sultan, a Pak national affiliated with LeT,” the spokesman said.

IGP Kashmir Vijay Kumar said that the slain militant was active since 2018 and was a resident of Pakistan, he was top commanders of Lashkar-e-Toiba outfit.

Incriminating materials including arms & ammunition were recovered from the site of encounter. All the recovered materials have been taken into case records for further investigation and to probe his complicity in other terror crimes.

“The dead body of the killed terrorist shall be sent to Baramulla for his last rites after conducting medico-legal formalities including collection of his DNA sample,” the spokesman said.

In this connection, a case under relevant sections of law has been registered in Police Station Kreeri and investigation has been initiated.