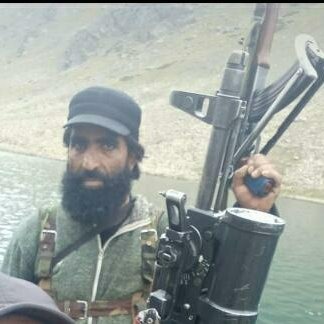 SRINAGAR;  A top commander of the Jaish-e-Muhammad (JeM) militant outfit was killed in an encounter with security forces in Waggad area of Tral area of South Kashmir’s Pulwama district on Wednesday.

A senior police officer that based on specific inputs a cordon and search operation was launched by a joint team of police, CRPF and 42 RR. He said that as forces zeroed in towards the suspected spot, hiding militants fired upon forces that retaliated, leading to an encounter.

He said that in the ensuing gunfight one militant was killed who was later identified as Shamsudin Sofi of Satura village of Tral, who was active since June 24, 2019.

“Search operation was continued in the area to check whether any more militant is hiding in the area, however, after conducting searches for hours nothing was found,” the official said.

A police spokesman in a statement to KNO said that on a specific input generated by Awantipora police regarding presence of militants in Tilwani Mohalla, Waggad area of Tral, a joint cordon and search operation was launched by Police, Army and CRPF in the area.

“During the search operation, as the presence of militants got ascertained, they were given repeated opportunities to surrender; instead they fired indiscriminately upon the joint search party which was retaliated leading to an encounter,” the spokesman said. “In the ensuing encounter, one militant was killed and his body was retrieved from the site of encounter. He has been identified as Shamus-ud-Din Sofi alias Sham Sofi, a top commander of JeM.”

The spokesman said that as per police records, the killed militant was categorized and active since June-2019 figuring among the list of most wanted militants operating in the valley. “He was also part of groups involved in several crime cases including attacks on security establishments and civilian atrocities to which several cases stands already registered against him,” the spokesman said.

Pertinently, the killed militant was first arrested in 2004 and detained under PSA. “He was also involved in providing logistic support, shelter to the active militants operating in the Tral area before joining militancy,” the police spokesman said.

The spokesman said incriminating materials, including arms & ammunition were also recovered from the site of encounter. “All the recovered materials have been taken into case records for further investigation. Police have registered a case under relevant sections of law and further investigation is in progress,” the spokesman said. Meanwhile, a police official said that 10 militants have been killed in Kashmir so far in the ensuing month.

On October 1, one newly recruited militant was killed in Rakhama, Shopian, on October 8, one militant from Shopian was killed in Srinagar, two—one each in Bandipora and Anantnag on October 11 and five in two separate encounters in Shopian on October 12. A police official told KNO that this year so far, 122 militants have been killed in Kashmir. The figure includes those killed along the LoC who were trying to sneak into this side.

As per officials, July this year, was the deadliest month as 31 militants mainly from LeT were killed in the month alone. “Three militants were killed in January, followed by 5 in February, 11 in March, 17 in April, 11 in May, 11 in June, 31 militants in July, 16 in August and 8 in September,” the officials said—(KNO)