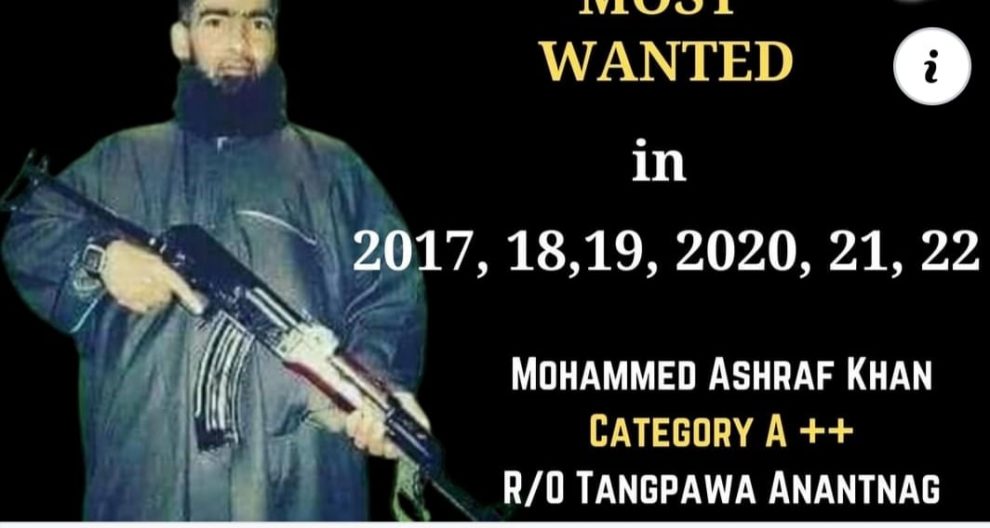 SRINAGAR: Longest surviving Hizb-ul-Mujahideen commander Ashraf Molvi was killed along with two other militants in the woods of the Batkoot area of Pahalgam in South Kashmir’s Anantnag district on Friday.

Inspector-General of Police, Kashmir Vijay Kumar said that Ashraf Molvi along with two other militants have been killed in Pahalgam.

Mohd Ashraf Khan alias Ashraf Molvi, a resident of Tengpawa Kokernag had joined Hizb in 2013 and soon became the most wanted militant in the valley. He was instrumental in recruiting locals into the outfit, the top cop said.

Earlier, a joint team of Police and 19 RR of the Army launched a cordon and search operation in the Batkoot forest. As the joint team of Police intensified their search towards the suspected spot, the hiding militants fired upon the search party, leading to an encounter.(GNS)