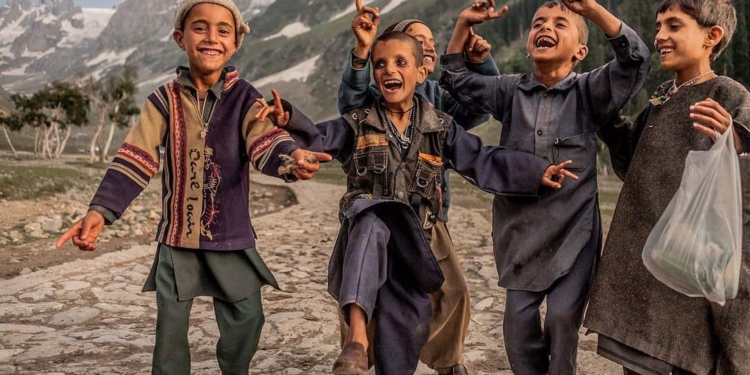 When it comes to the tolerance of diversity, the people of Chenab Valley are better in terms of respecting other cultures, traditional practices, belief systems and Language then the people Kashmir Division. Since I’ve spent many precious years of my life in Srinagar, I’ve observed people mocking the accent and dialect of the Kashmiri speaking population of Chenab Valley region. This discrimination is so obvious that Kashmiri speaking people moving from Jammu Division to study or work in Kashmir try to adopt the accent and dialect of Kashmiri speaking population of Kashmir division to avoid the embarrassment. On the contrary, the People in Chenab Valley region don’t make fun of anyone’s language, culture, traditions or way of life. I’ve never heard anyone coming from Kashmir, trying to sound like us because of embarrassment or fear of being judged and ridiculed.

It’s also a prevalent narrative in Kashmir that the people belonging to “the other side of the (Jawahar) tunnel” are “Gujjars”; another negative stereotype attached to the Gujjar Bakarwal community which is an indigenous nomadic tribe based in the Pir Panjal and other mountains regions of Jammu and Kashmir. Unfortunately, this socially and economically marginalized community is still falsely tagged as backward, uncivilized, distrustful and opportunistic. In addition, many incorrect narratives prevalent in Kashmiri society further add to this prevalent discriminatory narrative. According to a survey conducted by Tribal Research and Cultural Foundation (TRCF), more than 1.4 million Gujjar women have been facing gender discrimination in various state government organizations in Jammu and Kashmir. The community also faces discrimination on various social, economic and political levels.

Most of the Kashmiri speaking families in Chenab Valley Region have migrated from Kashmir Division at different junctures of our conflict ridden history and many indigenous clans have converted to Islam after being inspired by the Spiritual Message of a Sixteenth Century Sufi Saint Shah Fareed ud Din Baghdadi R.A. For record, I’d like to clarify that though the people of our region do not identify themselves as Gujjar Bakarwal, I stand in solidarity with the nomadic community and proudly profess them as our brothers and sisters and an integral part of our beautiful land of Jammu and Kashmir. I feel no shame in owning them as my very own, just like every citizen of Jammu and Kashmir.

Also, many frogs in the well with no knowledge of History or outside world think that the people living in “the other side of the tunnel” have no role, whatsoever, in the people’s political struggle towards resolution of Kashmir dispute. To my disbelief, I’ve personally encountered many people openly expressing these stupid and ignorant views and many other people i know have had similar experiences. Many things can be said and much more can be written in this regard but I rest my case here to allow my readers to further introspect and see what else can be termed as discriminatory and try to correct ourselves and people around us.

Personally, It makes me sad to witness this deep rooted discrimination and hypocrisy prevalent in many parts of Kashmir and I believe it’s a collective failure on all fronts. The contributions of our people have never been endorsed by the political leaderships with as much enthusiasm as their own and this further fuels the fire or disintegration in Jammu and Kashmir and this pathetic attitude is not going to benefit anyone in the long run.

I’ll like to add this, otherwise it’d be sheer injustice, that there are some good people in Kashmir who’ve worked hard to address these issues and maintained lifelong ties with their brethren in other parts of Jammu and Kashmir. Though, the scope of further development remains and it’s on the shoulders of the youth and the new generation to address these issues and work actively towards eradication of these discriminating narratives with education, love, acceptance and tolerance. This verse of Basir Sultan Kazmi sums it all up very well:

Childhood Reminiscence
The World This Week: Disorderly transition in the US, Breakthrough over Qatar, Enrichment in Iran and Arrests in Hong Kong
Comment