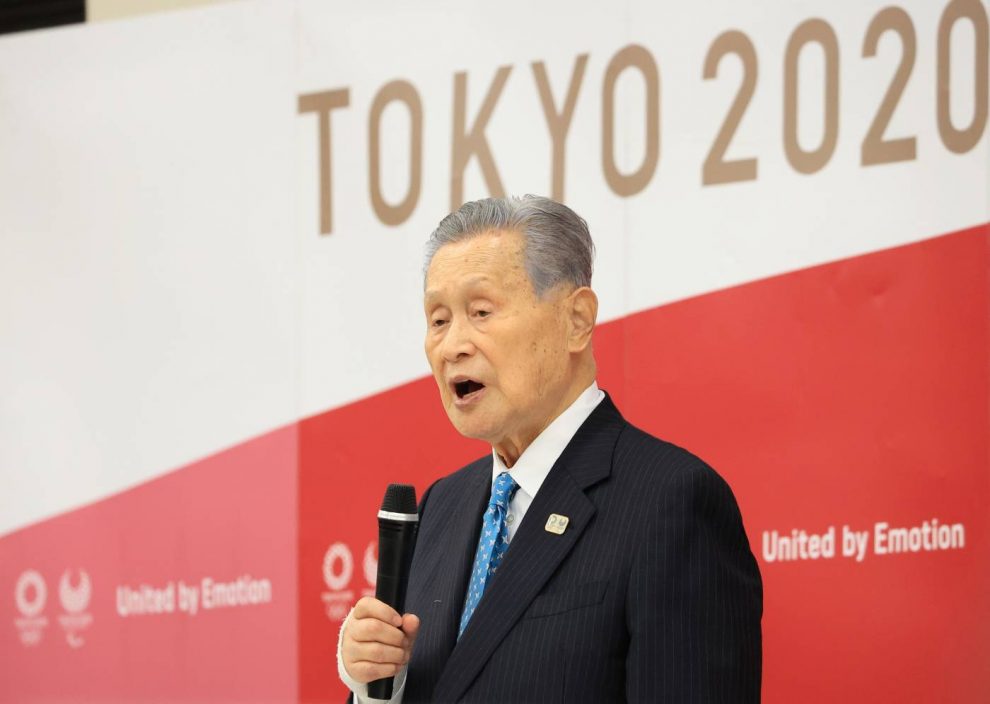 Tokyo 2020 Olympics chief Yoshiro Mori, who resigned on Friday after making sexist remarks, is the latest Japanese official whose comments about women have sparked outrage.

Mori apologised but failed to quell a global outcry and his departure is a rare example of an official being held accountable for sexism in Japan, ranked 121 out of 153 countries on the World Economic Forum’s Gender Gap Index.

Mori, 83, sparked a furore when he said during an Olympic committee meeting this month that women talk too much “which is annoying”. He initially refused to step down.

The issue has focused global attention on gender disparity in the world’s third-largest economy.

Here are some other comments by Japanese officials in recent years that have come under criticism for sexism:

The mayor of the western Japanese city Osaka was criticised for being sexist last year after saying women take longer than men shopping for groceries.

Mayor Ichiro Matsui had been promoting social distancing to curb the spread of the coronavirus and appealing to people to find ways to reduce the risk of infection.

“When a woman goes… it will take time,” Matsui said when asked by a male reporter about possibly reducing shoppers’ entry to supermarkets to lower the risk of coronavirus infections.

“If it was you (a man), if you were told to get this or that, then you would go directly… and go home,” he said. “It’s also fine for men to go shopping while avoiding contact.”

Women not giving birth are ‘the problem’

In 2019, deputy prime minister Taro Aso drew ire after he appeared to blame women on Japan’s birth rates, one of the lowest in the world. The politician told his constituents that it was not fair to link the country’s stagnating economy to elderly people.

“There are lots of strange people who say the elderly are to blame, but that is wrong. The problem is those who don’t have children,” said Aso, 80, according to local media.

He later apologised and retracted his remarks after criticisms. Aso, who also holds the finance minister post, was re-appointed into the cabinet last year by Prime Minister Yoshihide Suga.

Single women ‘a burden on the state’

In 2018, politician Kanji Kato from Japan’s ruling Liberal Democratic Party (LDP) said women should have several children or they could become a burden on the state.

The lawmaker, 74, said Japanese women should have at least three children or they will end up in a care home paid for with the taxes of other people’s children.

After several female lawmakers complained that his speech was sexist, Kato’s office said he retracted the remark, explaining it was not meant to show disrespect to women.

“There is no such thing as a sexual harassment charge,” he said, in a comment that prompted protests in several Japanese cities.

Aso apologised for his remark weeks later and retracted a comment that the official might have been “entrapped”.

The minister earlier said he could not rule out the possibility that the official was set up by the female journalists.

Senior LDP politician Koichi Hagiuda sparked a backlash in 2018 after he suggested childrearing should be women’s responsibility because it is an “unwelcome” idea for men to do so.

“We speak of cool ideas such as a gender-equal society and men’s childrearing, but they are unwelcome ideas for children,” Hagiuda told a gathering, adding children “need an environment where they can be together with their mothers”.

His remark prompted rebukes from single fathers and women’s rights groups, who said it did not help promote men’s role in sharing domestic chores. Hagiuda was appointed as the education minister the following year. He continues to hold the post under Suga’s administration.