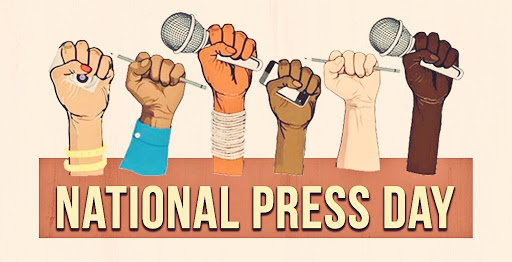 Today is National Press Day. The day, observed on 16th November every year, is symbolic of a free and responsible press. It was on this day the Press Council of India started functioning as a moral watchdog to ensure that the press maintain high standards and is not fettered by any influence or threats.

Vice President M Venkaiah Naidu has greeted all the media professionals on National Press Day. In a tweet, Mr Naidu said, Media plays a key role in strengthening democracy and in informing and empowering the citizens. He lauded the media persons for keeping the people informed continuously during the pandemic.

Home Minister Amit Shah has expressed greetings on the occasion of National Press Day. In a tweet today, Mr. Shah said, the media fraternity is working tirelessly towards strengthening the foundations of our great nation. He said, Modi government is committed towards the freedom of Press and strongly opposes those who throttle it. The Minister appreciated the role of the media during COVID-19.

Information and Broadcasting Minister Prakash Javadekar has said that Press freedom is the soul of a democracy. Addressing a webinar on National Press Day organised by Press Council of India, Mr Javadekar said, the attack on freedom of press is not good. He said, Press freedom is responsible freedom. The Minister said, it is the duty of media to practice responsible freedom and if the government trusts on media, they must set an example too. Mr Javadekar said, the government has constituted a committee to look into the TRP system and it will soon submit its report.

While congratulating on the occasion, Mr. Javadekar in a tweet said, free press is the specialty and pillar of our democracy. He said, National Press Day draws our attention towards the freedom and responsibilities of the press. He expressed concern over the fake news saying that it is the biggest crisis at present.