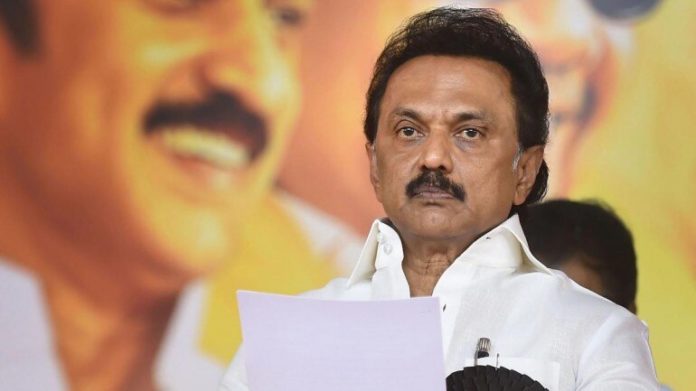 Dravida Munnetra Kazhagam (DMK) president MK Stalin will hold a meeting of opposition parties here on December 18 over the Citizenship Amendment Act (CAA).The meeting will take place at the DMK headquarters. Earlier in the day, Stalin spearheaded the state-wide protest against the amended citizenship law which seeks to grant Indian citizenship to refugees from Hindu, Christian, Sikh, Buddhist and Parsi communities fleeing religious persecution from Pakistan, Afghanistan and Bangladesh, and who entered India on or before December 31, 2014.

Speaking at the protest, Stalin attacked the central and state government over the CAA and termed the ruling AIADMK in state “disloyal” to Sri Lankan and Tamil people.”The ruling Edapaddi government is disloyal to the Sri Lankan and Tamil people. AIADMK MPs voted in support of Citizenship (Amendment) Bill which is the reason that the whole country is burning now. So, we are protesting against it,” Stalin said.
The Parliament had passed the Citizenship (Amendment) Bill, 2019 last week and it became an act after receiving assent from President Ram Nath Kovind.Since then, protests have erupted in various parts of the country over the citizenship law.