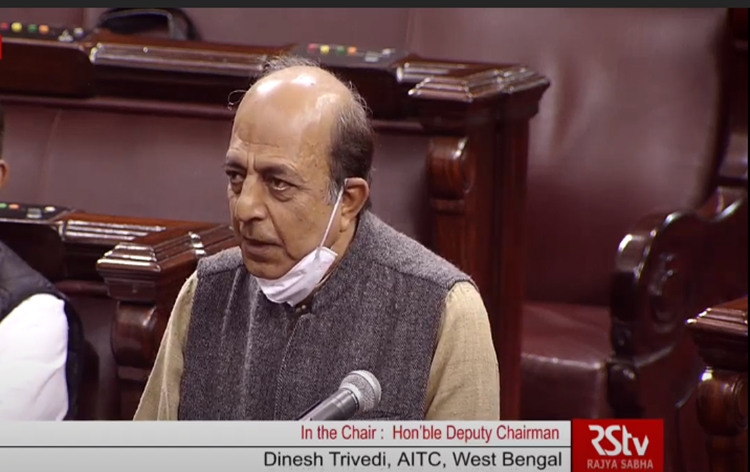 TMC leader Dinesh Trivedi today announced his resignation as Rajya Sabha MP. Participating in the discussion over the Union Budget in the Upper House, Mr. Trivedi made the announcement from the floor of the House.

He said that he is unhappy about the violent episodes witnessed in West Bengal and feels frustrated about not being able to speak out his mind. Mr. Trivedi praised Prime Minister Narendra Modi for his leadership which he said evidently drove the country out of the pandemic. He said, even after resignation he would continue to work for the people of West Bengal.