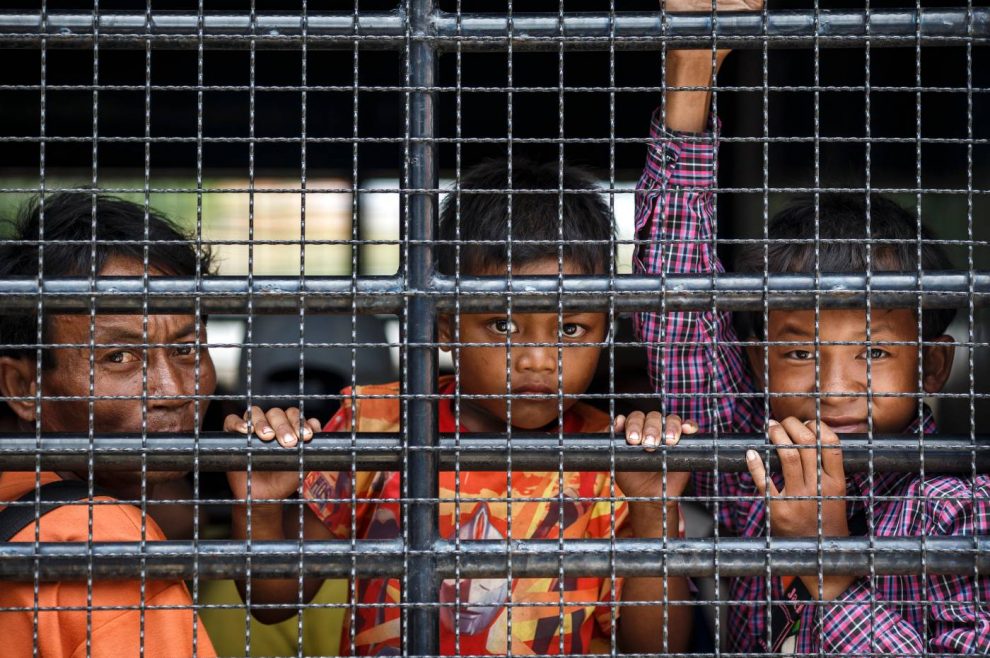 PHNOM PENH: For the past two weeks, Cambodian migrant Mony Sunret has been hanging around an electrical workshop in the Thai province of Rayong, hoping to pick up odd jobs and save enough money to make a covert exit from Thailand.

Sunret, who recently returned to Thailand after leaving due to coronavirus restrictions last March, decided to flee once again when he found out his work permit was fake – putting him at risk from a government crackdown on undocumented workers.

“It’s like the old Khmer proverb: turn left, face a tiger; turn right, face a crocodile,” Sunret, 49, said of his year-long back and forth across the border.

“There isn’t much for me in Cambodia: just 14 days free food and shelter, in quarantine. But I must go: it’s not safe for me here anymore.”

While Cambodia has officially recorded less than 700 cases of COVID-19 and no deaths, the pandemic has taken a heavy toll on Cambodian communities in Thailand, with job losses, workplace shutdowns and coronavirus fears sending droves to the border.

More than 150,000 have returned home by official means since borders were shut in March 2020, but finding scant work opportunities, increasing numbers are risking arrest to sneak back into Thailand, campaigners said.

Like Sunret, others are trying to slip out of Thailand due to fears over the government crackdown, continued fallout from the pandemic on their jobs or simply tired of the discrimination they often face.

“What we know for sure is that after a few months back in Cambodia, debts pile up and they will do whatever they can to get back into Thailand.”

More than two million Cambodians – about half of them undocumented – were thought to work in Thailand before the pandemic disrupted the regular flow of migrant labour.

Campaigners estimate that tens of thousands have returned home uncounted – dodging officials and mandatory quarantine at the border – and that as many have since made their way back to Thailand.

Last week, a man stepped on a landmine and lost his leg while trying to sneak out of Thailand, as Cambodia arrested dozens of alleged smugglers – including a district police chief – attempting to sneak people back in.

“We shouldn’t care too much about these bastards’ human rights,” Prime Minister Hun Sen said of smugglers in a speech posted to his official Facebook account on Saturday. “They exploit people … Just give them rice to eat in prison.”

Thailand arrested 265 Cambodians for entering the country illegally in January, after setting up barbed wire and surveillance cameras along known smuggling routes, the Immigration Bureau said.

“Since Thailand still needs labour … we need to increase the intensity (of border policing),” said Major General Archayon Kraithong, spokesman for the bureau.

“The prime minister has said there will be strict legal measures against authorities who are involved (in smuggling),” he added.

After Thailand’s largest COVID-19 outbreak was linked to migrant communities in December, Bangkok offered an amnesty for undocumented workers in order to stop unnecessary movement and avoid a labour shortage.

Some 200,000 Cambodians are among 654,000 to have applied, but many baulked at the costs and declined, campaigners said, with the drive opening the door for local facilitators who provide services to migrants – known as brokers – to cash in.

While the process officially costs about 9,000 baht ($300), brokers commonly charge up to double that, campaigners said.

“Chaos is the time for brokers to make money – they prey on migrants’ fear,” inflating the price of documents, accommodation and access to smuggling routes and job interviews, said Sa Saroeun, a legal adviser to Cambodians working in Thailand.

Like a recent overhaul of the migrant registration system and a separate bilateral agreement on migrant labour, Saroeun said the amnesty meant more workers were becoming vulnerable to indentured slavery at the hands of the employers.

“The requirements change every year – migrants are working themselves to skin and bone just to pay for documents.”

The pandemic has compounded a household debt crisis in Cambodia, which has the world’s largest microloan debt per borrower, driving land loss, child labour and unsafe migration, especially to neighbouring economic powerhouse Thailand.

More than a third of Cambodian households are in debt, with the average amount almost doubling to $4,400 when compared to 2017, according to a government survey released this month. The average annual salary in Cambodia is $1,490.

More than 65% of Cambodians working in Thailand are there primarily to stave off debt collectors at home, according to a survey of 472 returning migrants conducted at the border by Central in September.

And while many do earn a steady income that enables them to make repayments, the risk of going back to square one is never far away, workers said.

“The life of a migrant worker is like this: every step you take, somebody is waiting to get paid,” said Sunret, who just finished paying a broker for the documents that turned out to be fake and has debts on both sides of the border.

A seat in a van, bribes along the way, fees at the border – it adds up to hundreds of dollars for Sunret, who is determined to pay cash – rather than take out a loan – for his third trip this year across the border.

“You spend a fortune to become somebody’s slave, and when you are fed up and want to leave, you have to pay for that too.”