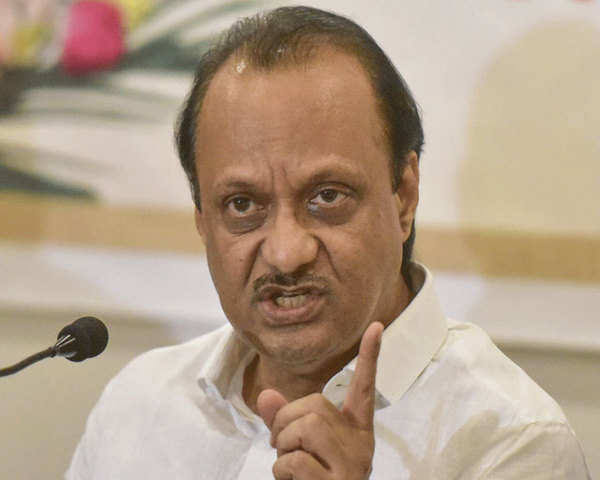 A day after President’s Rule was imposed in Maharashtra, Nationalist Congress Party (NCP) leader Ajit Pawar on Wednesday said that the “three parties will get together”.
Without naming any of the political parties, Pawar said, “If there is a situation of defection, three parties – A, B and C – will decide to back one common candidate then no one can defeat us. We three parties – A, B and C – will get together.” Pawar further stated that NCP needed more time from Governor Bhagat Singh Koshyari.
“NCP had given a letter to the Governor seeking an extension of three days as Congress leaders were not here and situation was different in the morning. We wanted more time for the entire procedure (of formation of government),” Pawar said.
When asked about BJP leader Narayan Rane’s statement, Pawar said, “We all know how seriously we should take Narayan Rane… When Ahmed Patel himself has told the media everything, we do not need to pay attention to what Rane says.”
Rane had on Tuesday said, “I cannot say that any leader of opposition is in contact with me, but all I will say is that I am trying to help form the government. Ahmed Patel has clearly stated that there is a delay. I do not think the Shiv Sena can go with them. I think NCP and Congress are trying to make a fool out of Shiv Sena.”
Maharashtra came under the President’s Rule on Tuesday after President Ram Nath Kovind gave his approval for the requisite notification.
The President signed the notification following the recommendation of the Union Cabinet which acted on the report from Maharashtra Governor Bhagat Singh Koshyari.
The Governor had recommended the imposition of President’s Rule following the political stalemate in the state over the formation of the government with BJP, Shiv Sena and NCP being unable to gather support for forming government in the state.