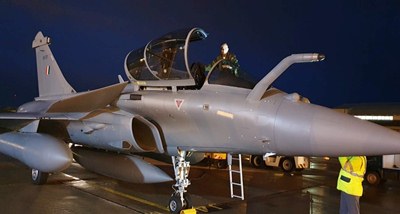 The new jets will bolster the strength of the Indian Air Force’s only Rafale squadron which is based in Ambala. This is the third set of deliveries of the aircraft to the IAF. India ordered 36 warplanes from France in September 2016 for 59,000 crore rupees under a government-to-government deal. With the new jets, the number of Rafales in the IAF’s inventory has increased to 11.

Face off events in eastern Ladakh disturbed relationship between India and China, says EAM S Jaishankar
Mercury Falls Across Kashmir, Minus 5.6°C In Srinagar, Minus 13.4 In Gulmarg
Comment