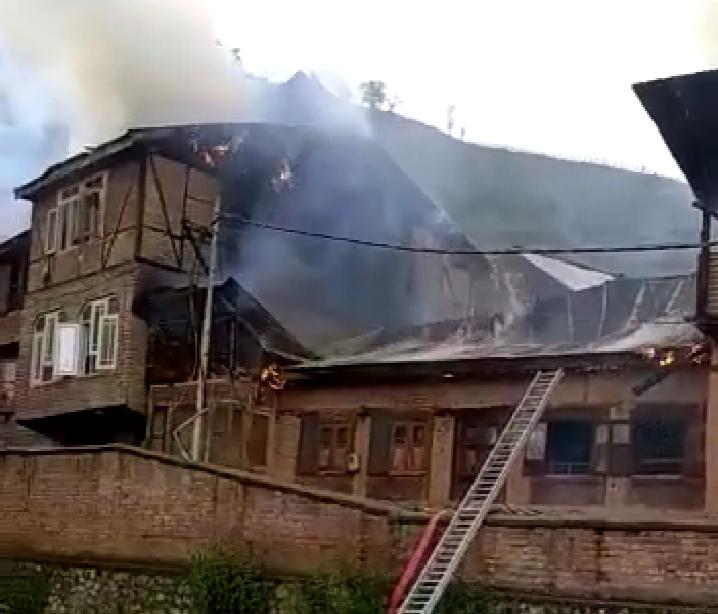 ANANTNAG: At least three residential houses were gutted in a massive fire and a firefighter was injured while dousing the flames in the Malakhnag residential area of south Kashmir’s Anantnag district on Wednesday, officials said.

They told that the fire broke out from a residential house and engulfed nearby houses in Malakhnag area of Anantnag on Wednesday afternoon.

Locals said that they along with police, and firefighters tried hard to douse the flames; however, the intensity of the fire was too high and gutted three houses. A firefighter identified as Constable Adil Nisar Khan, resident of Jammu (migrant) posted at Headquarters Sarnal Anantnag was injured in the incident and has been hospitalized at SKIMS Soura with burn injuries.

A Fire and Emergency Department official told that the probable cause of the fire is attributed to a short circuit; however, police have set the investigation into motion. (KDC)