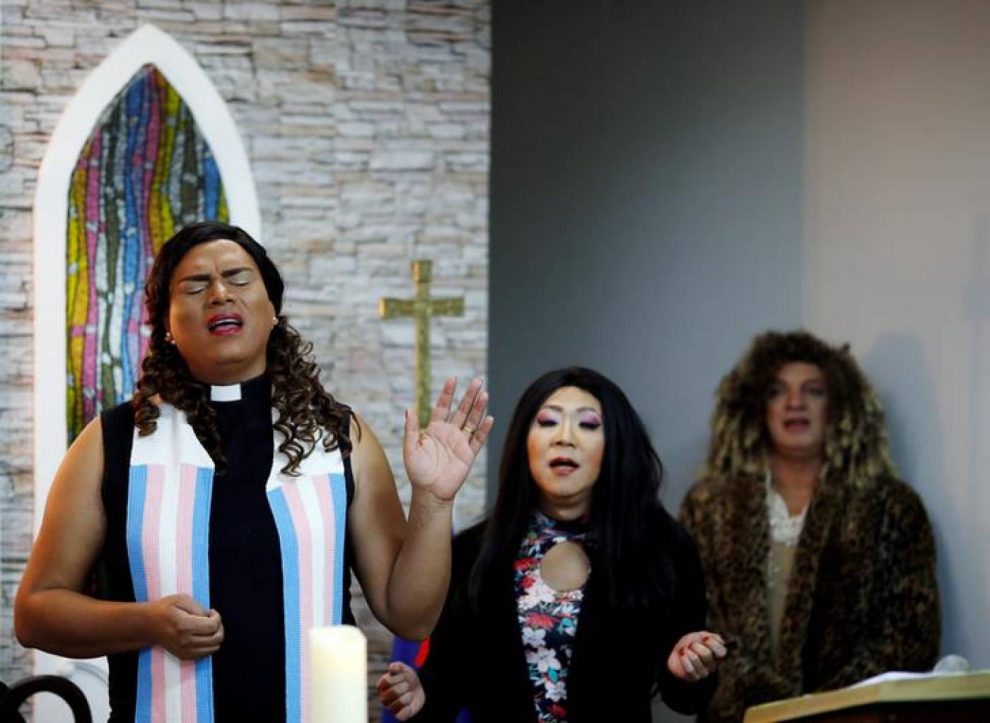 SAO PAULO: Threats against several transgender councilwomen in Brazil’s largest city in recent days have raised fears of a surge in transphobic violence in the country, where reported murders of trans people rose steeply last year.

Sao Paulo police are investigating possible links between three incidents, which the councilwomen said could point to an upswing in transphobia following the record showing of trans candidates in a municipal election in November.

“For every step we take to advance, there is a systematic attempt to eliminate us. It’s not by chance that we live in the country that kills most trans people,” said Black trans councilwoman Erika Hilton, who was threatened and verbally abused by a masked man in her office last week.

Her staff managed to protect her from the intruder and she has been promised protection by the city council.

“It is certainly an attempt to imprison us again in the metaphorical closets,” Hilton, who was the most-voted woman councillor in last year’s regional elections, told the Thomson Reuters Foundation.

Hilton was among 30 trans people elected in the nationwide local polls, up from only eight in 2016.

The record showing by transgender candidates was seen by some commentators partly as a pushback by voters against President Jair Bolsonaro, a right-wing firebrand well-known for making homophobic comments.

On the same day that Hilton was threatened, shots were fired from a car at the home of councilwoman Carolina Iara, who is intersex, transgender and Black and called the incidents “political gender violence (with) a very specific target.”

Three days later, on Jan. 31, a gunman on a motorbike fired shots into the air in front of the house of Samara Sosthenes, who, like the two other trans councillors, belongs to the left-wing Socialism and Liberty Party (PSOL).

“I believe the motivation was that the old politics fear new policies and new bodies,” Sosthenes said by phone.

Last week’s incidents will likely fuel concerns about transphobic violence in Brazil, the country where the most trans people are reported murdered.

In 2020, 175 trans people were killed, up 41% from a year earlier, according to data from the National Association of Transvestites and Transsexuals (ANTRA), a local activist group.

“One attack should be enough to gain attention. Three cases should make people shout out. It’s very serious,” said Luciana Ramos, a political scientist at FGV business school, saying the threats could be part of a backlash following the 2020 election.

“As society makes important advances, other groups will try to prevent these. The institutions need to be strong enough to restrain these actions,” she said.

The threats have also revived memories of the 2018 assassination of councillor Marielle Franco, an openly gay rising politician in the PSOL who was killed in Rio de Janeiro together with her driver.

Despite domestic and international pressure, police have only caught the gunman but not the mastermind behind Brazil’s most high-profile recent political killing.

At a time of increasing violence in Brazilian politics, the incidents in Sao Paulo unleashed a row in the city council over who is entitled to security protection.

While Hilton has been promised two guards, Sosthenes and Iara have been refused on the grounds that they share their posts as councillors with several others – so-called collective mandates, which are accepted but not officially recognised.

Some 10,000 people have submitted online appeals demanding the council and the state of Sao Paulo provide guards for Sosthenes and Iara too, but councilman Milton Leite, president of the city council, rebuffed the calls on Monday.