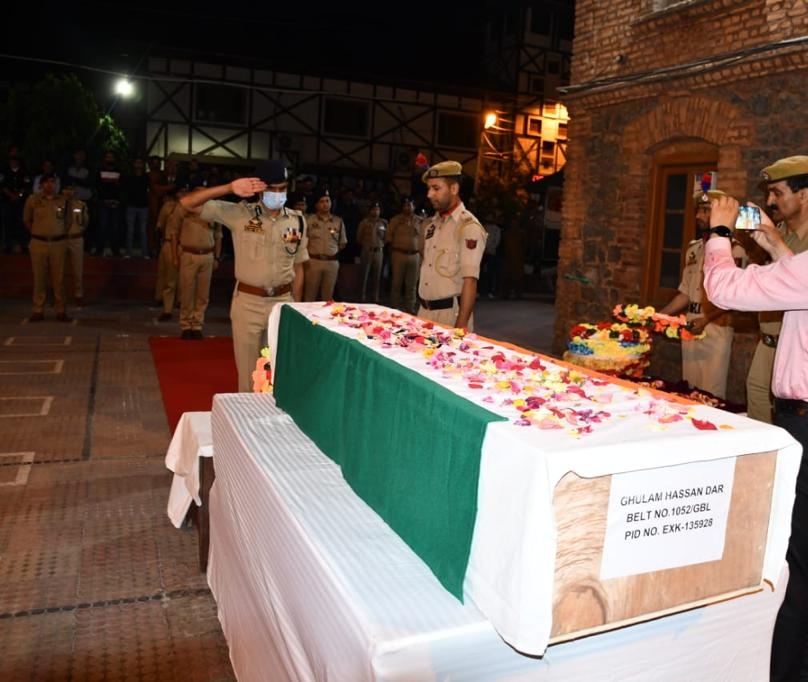 SRINAGAR: Thousands of people participated in the funeral prayers of a policeman who was shot dead by militants near Aiwa Bridge along Dr Ali Jan road in central Kashmir’s Srinagar district on Saturday, officials said.

Dar was fired upon by militants while he was going on his bike, possibly to PCR where he was posted.

He was shifted to SKIMS Soura where he succumbed to his injuries late last night. During the funeral procession at his native Danwar Eidgah area here, a woman was seen showering sweets on the coffin while some of his wailing relations were seen beating chests, according to reports reaching here.(GNS)