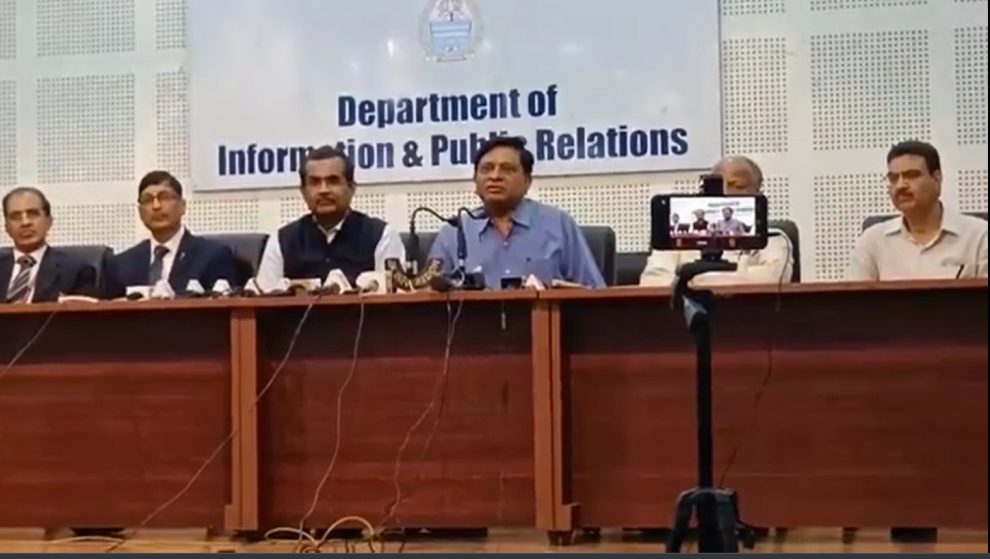 Srinagar: This  year’s Amarnath pilgrimage will be historic in the history of Jammu and Kashmir as 6 to 8 lakh pilgrims are expected to perform the darsh of Shiv Lingam at the Cave shrine of Amarnath in Pahalgam area of southern district of Anantnag, Secretary of Union Ministry of Information and Broadcasting, Apurva Chand said Monday.

Talking to reporters in Srinagar, Chand, said that this year Amarnath Yatra will be one of the biggest yatras in the history of J&K as around 6-8 lakh pilgrims are expected to arrive on the pilgrimage.

“Today, I met the officials of the administration including Divisional Commissioner and Deputy Commissioners. We were told that this year it will be a historic pilgrimage and for that all the necessary arrangements have been put in place,” Chand said.

He said that so far the weather challenge was natural and out of the hands of officials. “But as far as security arrangement is concerned, that has already improved a lot as seen by the number of tourists visiting the Valley. Hotels, houseboats and lodges are booked in advance which signifies a good security atmosphere,” Chand said. He said that LG J&K Manoj Sinha has recently stated that in just a few months, 80 lakh tourists visited UT, which is a record number. “This itself hints that the atmosphere is peaceful,” he said.

He said that the Ministry of Information and Boardcasting has urged the J&K administration to prepare a short documentary on Amarnath Yatra and also the beautiful places of Kashmir. “We will widely circulate that documentary across the country and outside,” he said.