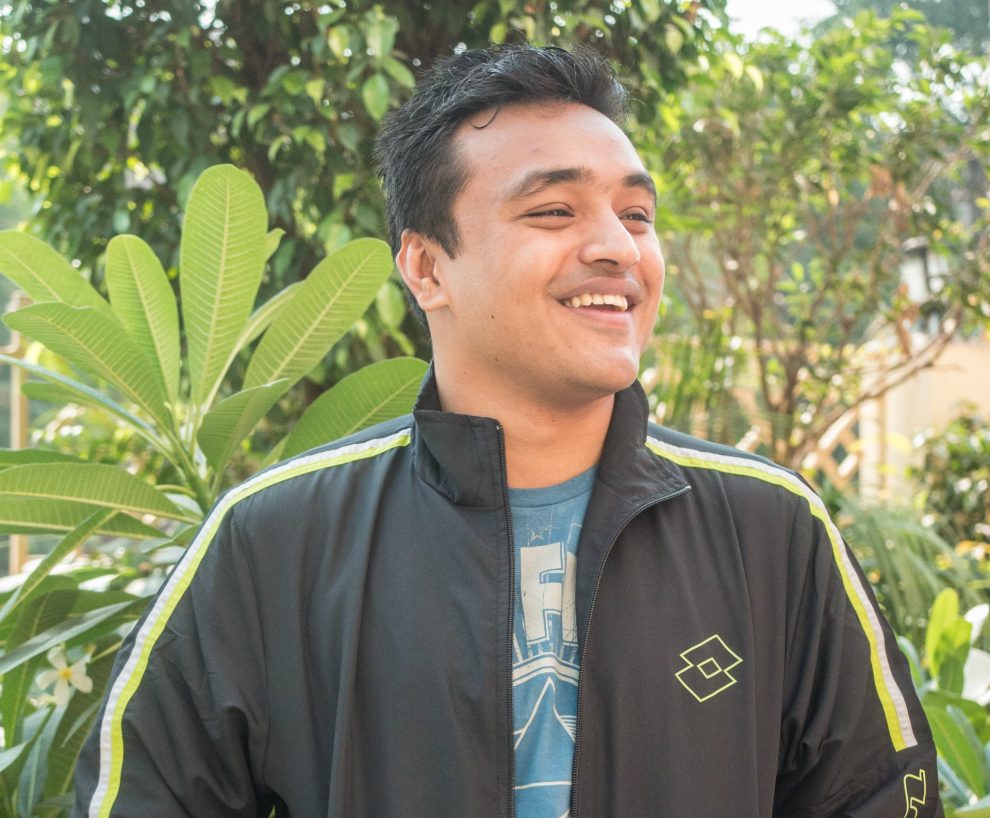 Every evening, no exceptions, Zed went for a run.

He felt lucky that his apartment building was close to a park and luckier still that Bangalore’s weather permitted him to have a comfortable run even in July. Unlike most joggers he saw in the park, he didn’t like to run to music; instead, he listened to the wind and the snippets of conversation that they carried to him.

Amidst the usual entertaining, inconsequential gossip, sometimes, he would stumble upon conversations that told truly human tales. One time, he overheard two boys, barely in their teens debating over the most human question of all: ‘Why love?’. Another time, it was two young women pondering over their parenting techniques, not out of fear or anxiety, but out of love and hope for their children.

If he had his earphones plugged in, he wouldn’t have overheard these stories, and to Zed, without stories, life was just that little bit less interesting.

‘Mr Phuntsok, sir?’ He heard his name and stopped running to see a young man, a regular in the park, approach him.

‘Yes, Ameen? Something the matter?’

Ameen stood almost a foot over Zed but there was a gentleness in his demeanour that Zed appreciated. He had seen Ameen in the apartment building and around the park but beyond passing smiles and nods, they had never interacted before, which made Zed curious.

‘Sir, were you expecting a letter?’

‘Well sir, I was just in the building’s lobby and I saw an envelope taped to your letterbox.’

‘That’s strange. Are you sure it was for me?’

‘Actually, I’m not sure because it’s not addressed to you. But it’s there, stuck to your letterbox. I thought it was strange. Why wouldn’t they have simply pushed it through the slot? Why stick it outside?’

Zed smiled. ‘Maybe they really wanted me to notice it. Must be a bill or something although, why wouldn’t they drop it off at my flat?’ He felt an itch spring up on his nape; it was an alien feeling. ‘You didn’t see anyone leave it there?’

‘Don’t worry about it.’ Zed shook Ameen’s hand. ‘Thank you for taking the trouble, though. I’ll head back and check it out for myself.’

‘Sure, Mr Phuntsok, no problem.’ Ameen waved at him and started to jog away.

‘Ameen?’ Zed called out before he ran too far away.

‘Sir?’ He turned around and Zed saw a glimpse of impatience in his eyes.

‘Nothing important but I just wanted to clarify something you said. You said it wasn’t addressed to me; who was it addressed to?’

Ameen shrugged. ‘No one I know. All that’s written on the front of the envelope is ‘BLACK ROOK’. That’s all I saw.’

He resumed his run and the itch on Zed’s neck was now maddeningly aflame.

Back in the apartment lobby, Zed stood in front of his letter-box and stared for what felt like an eternity.

The big black block letters stared back at him, their purpose a mystery. Someone had just walked through with their weekly groceries and the lobby was heavy with the smell of milk and onions but it was easy for him to ignore it.

He wished he could ignore the envelope just as effortlessly.

He ran his fingers over it, trying to figure out what it could possibly contain. It was smooth to the touch and completely even which told him that there was nothing more than a sheet or two of paper inside.

He flinched, startled by two teenagers who came bustling out of the elevator into the lobby wielding cricketing gear. They noticed his surprise and eyed him with suspicion as they walked past him towards the exit that led out of the building.

Zed watched them till they were out of sight and turned his attention back to the thing that deserved it. The envelope was stuck to the letterbox door with the help of brown tape, the kind that was used by electricians. He had a strong urge to leave the envelope where it was and hope it would disappear in the night.

It deserved to stay in the past, untouched and ignored by him.

He wished he could, but he couldn’t.

Twenty minutes later he was back in his flat, the envelope barely clasped in between his trembling fingers.

He placed it on his study table and continued the staring game from where he had left it.

For one of the few times in his life, he didn’t know what to do.

Excerpted with permission from Yesterday’s Ghosts, Nikhil Pradhan, HarperCollins India. Read more about the book here and buy it here.

The Dispatch is present across a number of social media platforms. Subscribe to our YouTube channel for exciting videos; join us on Facebook, Intagram and Twitter for quick updates and discussions. We are also available on the Telegram. Follow us on Pinterest for thousands of pictures and graphics. We care to respond to text messages on WhatsApp at 8082480136 [No calls accepted]. To contribute an article or pitch a story idea, write to us at [email protected] |Click to know more about The Dispatch, our standards and policies
TagsHarperCollins India Nikhil Pradhan Thriller novel Yesterday's Ghosts