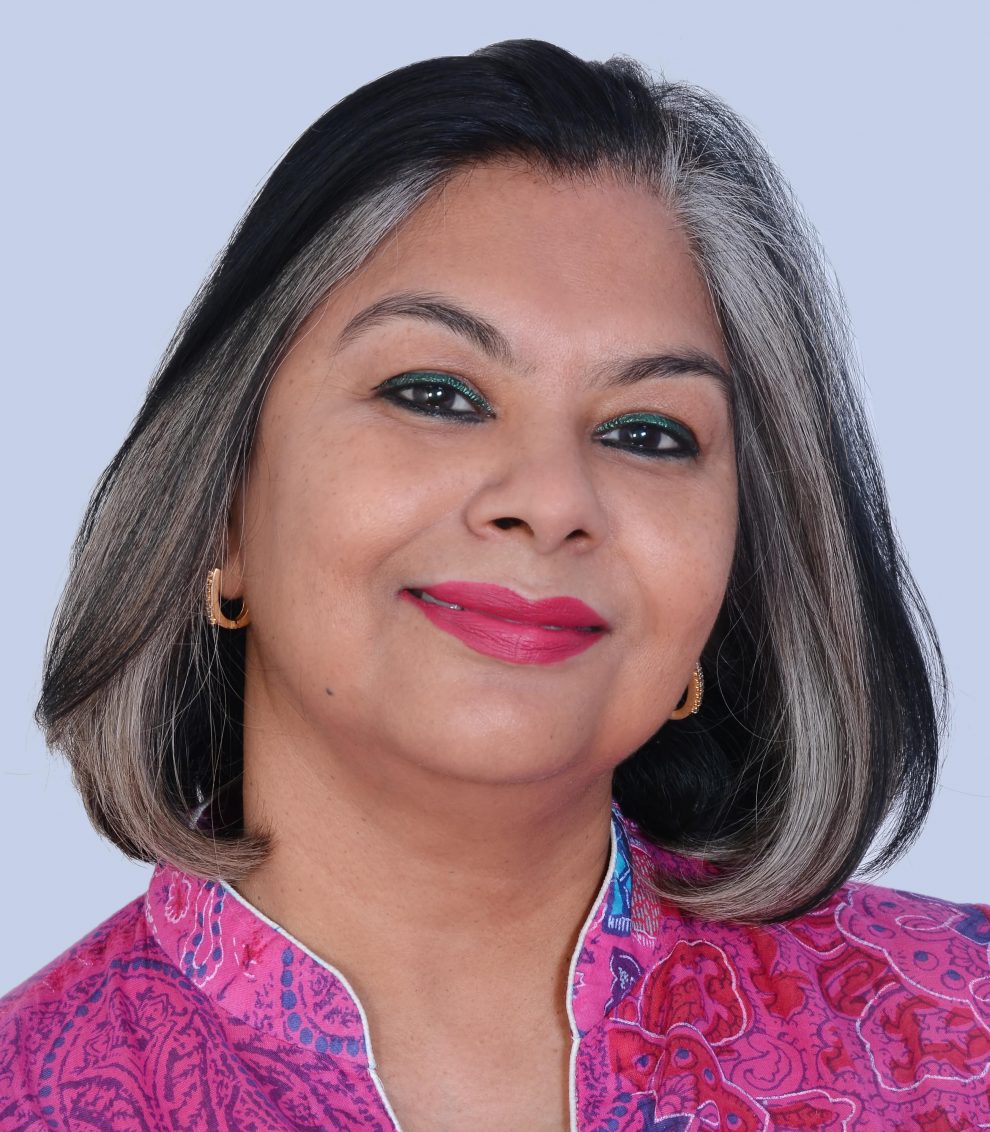 Simmering Kolkata pounced on me as I stepped out of the clammy, chilled cab and looked up. Against a grimy sky, the edifice towered above me.

Sarkar Bari! Elegant and regal, she dominated the street amidst grimy, old houses huddling over each other in bleak rows.

‘Only one suitcase?’ queried Mr Raha.

Spellbound by the sight before me, I nodded absent-mindedly. Four tall fluting columns glided upwards carrying a vaulted roof. High above the front two pillars, a three-cornered marble panel faced the street. Tilting my head, I could make out a frieze carved into the stone; a pair of springing lions amidst decorative vines. Between them was a plaque with words in Bengali script. Wide marble steps led into a deep porch with iron gates set at the far end.

‘It is magnificent,’ I breathed, ‘like a Greek temple.’

‘Yes, it is,’ agreed the estate manager who had met me at the airport. ‘It has been your family’s home for many, many years.’ Dad never told us his home was this grand. Pride swelled up, choking my throat even though I was seeing it for the first time. And this opulent mansion is now ours! Unbelievable!

I pulled up the grip of my blue spinner and followed the manager up the steps. Closer scrutiny inside the porch melted my rapture a little. Time had whisked its brush over the splendid monument. Rather than being belle of the ball, Sarkar Bari looked more like an aging monarch put out to field. Paint peeled off its columns, the marble steps and floor were sadly blotched and cracked. Still, I could not help envisioning it as the vain Cinderella unaccepting that midnight had come and gone.

Somewhere a bell chimed as the man pushed an old-fashioned button. ‘Will the customer be here tomorrow, Mr Raha?’

‘Oh, please don’t be so formal. Mr Raha is my father. I am just Gonuda to everyone,’ he said cracking a deprecating smile crowded with crooked, smoke-stained teeth.

‘Gonuda?’ I pronounced, slowly, trying out the unusual cadences.

‘And I am “Anna”. . .short for Anahita,’ I pointed out. Though I did not have many opportunities to practise Bengali after Dad had gone, he had ingrained in my brother, Robin and me enough grasp of the language to manage a conversation. Mum had encouraged him, although being English, she could not join in. Rather she built into us a proclivity towards honesty, fairness and above all helping the needy.

Nevertheless, I felt disconcerted and gave him a sidelong glance. How can a balding, bulky, worse-for-wear man as old as my dad be my elder brother? Indian idioms are so confusing…like the manager’s thick English accent.

Runnels of perspiration sashayed down my back as we waited. Eventually the gates cranked wide open. A diminutive, portly woman swathed in a stained white sari that covered her head stood before us. A wide smile stretched across a face crisscrossed with wrinkles. Her expression reflected the kindness sparkling in her eyes. ‘O Maa!’ She put a hand to cover her mouth in amazement. ‘This is Ashish Babu. . .exactly his eyes. . . .’

I knew I had inherited Dad’s brown eyes, but the English part of me felt flustered with such candour at a first meeting. As I cleared my throat uncomfortably, I saw genuine affection leaping into the kind, black eyes and I was disarmed. ‘Anahita. . .umm. . .Anna, this is Lokkhi mashi,’ said Gonuda, gesturing to the woman, ‘She has been taking care of Sarkar Bari even before I was born.’

‘. . .and now her granddaughter has come home,’ declared the housekeeper. I smiled as widely as I could, attempting to untangle the accent.

‘You are Dad’s mashi. . .he has told me about you,’ I offered my hand. Though she scrupulously avoided taking it, her eyes were suddenly awash in unshed tears.

Remembering her manners, the housekeeper waved us in. ‘Aashoon! Aashoon! Please come in!’

I followed them inside and then stood still. The size of the interiors simply took my breath away. The mansion consisted of four blocks, one on each side of a large open patio, a quadrangle tiled in black and white, like a chess board.

On the left and right, as well as adjacent to the tall gates, the blocks were of two floors. Each one was edged by verandas with rows of slim, marble pillars holding up the roof. Set back into each veranda wall was a queue of doors leading, I assumed, to rooms. Spiralling stairways to the upper level and terrace above, hugged each end of the three blocks. Facing me was the main segment of the mansion. From its centre, rose broad, marble stairs sweeping upwards. Verandas on the ground floors were matched by pillared galleries above. A marble balustrade of entwining vines like the frieze outside ran along each upper floor gallery.

In one corner, I noticed a tree with a wide green canopy. . .yes, it is a neem. I was familiar with the herbal Azadirachta having come across it during research studies for my Pharma masters. But there was only that one tree inside the patio, and it was tall enough to overlook the high terraced roof.

‘This mansion is so large,’ I exclaimed. ‘How many people live here?’

I turned around in a circle, wondering. Such a huge house for only two people. . .our small London apartment came irrepressibly to mind. I noted that all the doors set along the verandas had locks on them. I looked up to check the rooms on the upper floor and my gaze wavered.

Somebody was observing me.

Excerpted with permission from The Cursed Inheritance, Sutapa Basu, Readomania Publishing. Read more about the book here and buy it here.

The Dispatch is present across a number of social media platforms. Subscribe to our YouTube channel for exciting videos; join us on Facebook, Intagram and Twitter for quick updates and discussions. We are also available on the Telegram. Follow us on Pinterest for thousands of pictures and graphics. We care to respond to text messages on WhatsApp at 8082480136 [No calls accepted]. To contribute an article or pitch a story idea, write to us at [email protected] |Click to know more about The Dispatch, our standards and policies
TagsMystery thriller Readomania Sutapa Basu The Cursed Inheritance