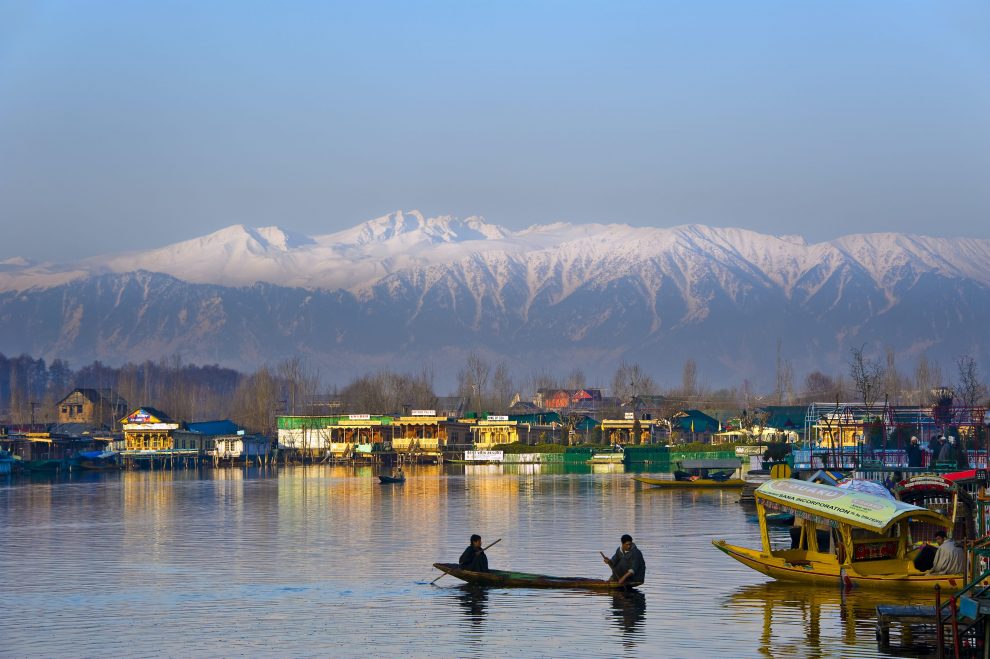 ‘Malikji,’ Papa says to him, ‘we can’t put you in any more trouble. We can’t stay here anymore either. We owe our lives to you. If not for you, we would have been dead tonight. Today,’ he decides, ‘we will leave Kashmir for good.’

They lift Saira’s body and take her to the nearest graveyard. In the dead of night, she is buried under the open sky. A taxi is hired from the nearby stand. ‘To Jammu, four people and some luggage,’ says Papa. The driver makes a killing. In times of trouble, business tends to be good. Memories and belongings of 132 years are packed in one hour and two suitcases.

Safeena, Tariq and Malik Chacha stand at the gate as the luggage is packed. The dim eyes of Ravi’s Yamaha gaze at the locked house. The apple tree still has a thousand apples, maybe some more.

The driver revs the engine. Deewan sits in the back, between Ma and Babhi. Papa sits in the front with the driver. There is no place for Ravi in the crowded car. It rides through the boulevard, past the Chashme Shahi, Dal Lake, Shalimar Garden, the cricket ground, Lal Chowk, the bloodstained marks on the road where Ravi’s bike had blazed the 100-metre dash; here comes the Zero bridge—the Jhelum gushes beneath like a furious storm. The rusted screws of the wooden bridge creak under the stuttering car, they might soon come off. The Shankaracharya temple atop the hill in the backdrop is shrouded by dark, black clouds.

And as the wheels bump through the potholes, Deewan remembers, ‘Oh! He has forgotten, he has forgotten to carry his cricket bat. It’s perched against the wall in the backyard, near the red leather ball that hangs from the roof. Yet, without a stroke from the sweet spot, the ball swings like a pendulum in the sinister wind. On the left now is Bilal’s house. The lights are switched off. Was he too among the many that had thronged the streets tonight? Or his Abba? Like Hanif Sir, who swung his naked sword at Siddharth’s mother? Or was he asleep, oblivious of the night when Chachi was no more? When Ravi had not come home. Or is this just a nightmare, just like the one a few nights before, and he would soon wake up, with sweaty hands and shivering limbs, to find himself in Ma’s arms.’

The valley is now left behind as the car struggles to trudge through the deep snow, and clambers up the steep slope. And it haunts him, the silken touch of Safeena’s hands, when she smacked him for foraging with his dirty fingers inside her honey jar, or the way she pulled on her two plaits of hair, when she couldn’t memorise her speech. Would he ever meet her again? Was this ride in a bumpy car just a vacation? To a relative somewhere he had never been before? Or was he now one amongst those rats in the saffron fields, who had been scooted out of their homes and whacked outside the boundary, because he too, just like them, would destroy the crops and must be gotten rid of? No, Bilal would come, anytime now, in front of this moving car, and stand with Safeena at his side, and then these rumbling wheels would have to stop. He would then walk out and drape his arms around their shoulders, which would support him home, and they would say, ‘For us, Deewan bhai, whatever it takes.’

Excerpted with permission from The Tree with a Thousand Apples, Sanchit Gupta, Niyogi Books. Read more about the book here and buy it here.

This psychological crime thriller features determined heroines, nail-biting twists and chilling serial murderers
Shreya Sen-Handley’s travels around the globe with her family are chronicled in this blithe and zippy travelogue
Comment