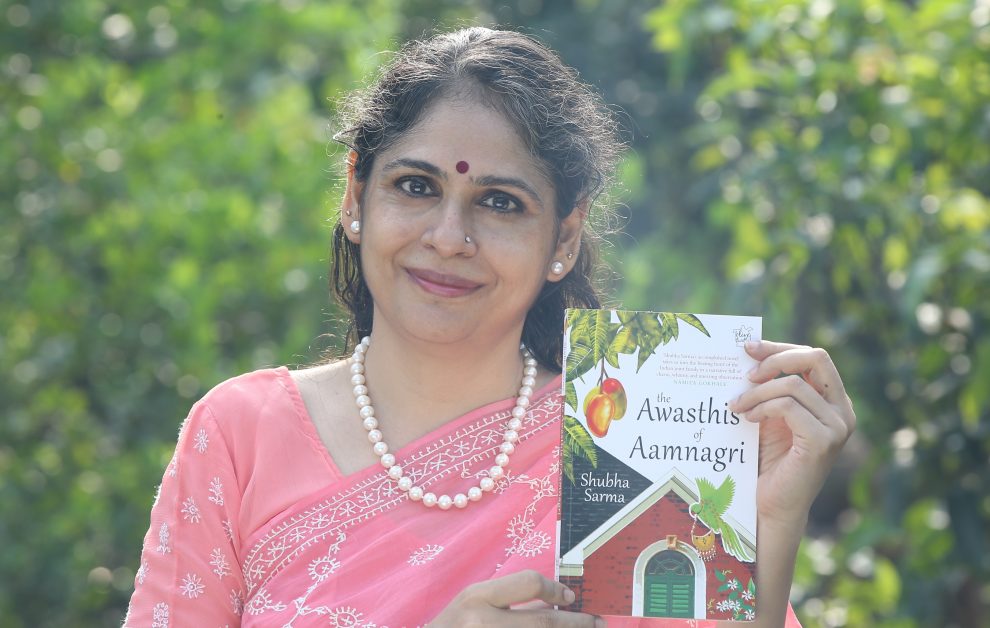 Breakfast time! What else could be a better way to fathom the truest nature of filial bonds in a household? At this hour of the day, when all and sundry are making a mad dash, tempers are frayed and words are shorn of pretense. Each one is in a race against some imaginary or not-so-imaginary clock. And just like any other contest, no one wants to end up last. They push and nudge in a bid to stay ahead.

Panditji’s Haveli was not an exception.

Each morning, unfailingly, before the sun emerged from its soft, wooly blanket of clouds, the day commenced.

‘Where have all of you disappeared? Gauri? Chedilal? Where are you? The dogs need to be let out. Have you become deaf? Can’t you hear them howling?’ Mata ji’s voice echoed from the nooks and corners of the Haveli.

‘Oh no! Why does Mata ji start so early in the morning?’ Sumeet groaned, desperately trying to shut out her voice by burrowing deeper inside the covers.

‘I wish I had the luxury of turning over and going back to sleep. Unfortunately, that is not a privilege accorded to the bahus here,’ Chhaya was bitter as she forced her feet into the cold, rubber slippers.

‘Indu!’ Mata ji was banging on the door. ‘Come on. It’s time to cook breakfast. Have you finished taking a bath? Good. Get started then. And listen, I’m going to the temple. Make sure that everything is done by the time I return.’

‘Everything’ is an innocent word. It can mean many things and yet nothing. At that juncture, it meant—release the dogs for their morning run in the lawns, place a jug of warm water on the dining table for Pandit ji, collect the newspaper from the gate and place it near Pandit ji’s chair, sweep the temple in the courtyard and offer fresh water and flowers at the altar, peel the almonds soaked the previous night for the children and peel the garlic pods for Pandit ji (in that order otherwise the smell of garlic would spoil the almonds), prepare the morning tea, send the steaming cups to the still-sleepy occupants in their rooms, prepare breakfast and fill the tiffin boxes for the six children in the house, ensure that water in a large vat in the courtyard was simmering over firewood so that the children could bathe and reach school on time, prepare breakfast for the ten adult members of the family, the four dogs and the three helps; all this while responding to shouts of ‘Indu, where is my tea?’ or ‘Indu, why haven’t you warmed up Pinki’s milk?’

To an ordinary mortal this would have been daunting. It definitely appeared unnerving to Indu at the beginning. However, with the passage of time, it became child’s play. Frederick Winslow Taylor would have been proud to see her apply his principles of scientific management as she devised her own pattern—on the way to the gate to collect the morning paper, she would gather the flowers for the temple; while preparing the tea, she would give instructions to Maharani about what to put together for breakfast and tiffin. Separate tasks were assigned to Gauri, Chedilal and Maharani. She was everywhere, with everyone, with a smile here and a pat there, a picture of effortless efficiency.

‘Gauri, drink your tea or it will get cold. I know you have to pack the tiffin. It’s okay. There is time. Take a minute and sip the tea.’

Indu thrust the warm cup into a grateful Gauri’s hand while she herself took over the task of packing the tiffin boxes.

‘Is everything alright?’ Mata ji had returned from the temple.

‘Yes, Mata ji. Pandit ji has taken his water and garlic. The children have finished their bath, eaten breakfast and are off to school. Chedilal has gone to see them off at the gate. Breakfast for the others will be ready in a few minutes. Would you like a cup of tea?’

‘Have the dogs been fed?’ Mata ji detested four legged creatures. She had fought like a tigress to oppose their entry into the Haveli. Over the years, though, she had acquired the zeal of a neo-convert and had taken the pets into the fold of her family.

‘Maharani is making their rotis.’

‘Okay. Make a cup of tea for me once you’ve given them their food. For Indu, it is you, the bahu of the Haveli who must feed the dogs. Don’t ask Maharani to do it on your behalf. Never.’

Indu was quite used to this lecture every morning. With a demure smile, she acquiesced and went about finishing her chores.

By the time the ‘grandfather clock’ in the drawing room chimed 10, Sundar was ready with the car. Pandit ji, in his impeccable achkan and Nehru cap, set out for another day of battle in Court. He left for his chambers along with Sumeet and Randheer. The car dropped them and returned exactly at 12:30 to carry their lunch back.

Varsha lovingly packed the food for the three men and handed it over to Sundar.

Each day, the two of them had the same exchange:

‘Did you drop Pandit ji and Sumeet Bhaiyya, Sundar?’

‘Of course, Bhabhi. Randheer Bhaiyya too, even though you never ask about him,’ Sundar smirked as Varsha blushed.

‘Dot on time. Every day, as the clock strikes 10:30, our car enters the court. Among the lawyers, it is said that one can wind the clock by Sundar’s car, Bhabhi,’ he proudly announced.

‘All right, all right, now stop your lecture and take their lunch. And mind you, go straight to the court. Don’t waste time loitering here and there.’

‘Loitering? Do you think Pandit ji would have kept me all these years if I were the kind to loaf around?’

Sundar would pretend to be deeply offended. In reality, he enjoyed this daily repartee with Varsha. Sometimes he felt sorry for the women in Pandit ji’s Haveli—intelligent creatures, locked up in the mansion. Quite unlike some of the young women he saw in the court. He firmly believed that Pandit ji’s daughters-in-law would make far worthy successors than either Randheer or Sumeet.

One day he plucked up enough courage to ask Varsha, ‘Bhabhi, why don’t you pursue an LLB degree? Then you and Randheer Bhaiyya could practice together. You’d make a fine lawyer.’

‘Chhee, Sundar! What will Pandit ji think? Women from the Haveli do not work outside the house. Are the men here not capable of fending for their families that their wives have to look for jobs?’

‘Don’t blame Pandit ji if you are not interested in studying law, Bhabhi,’ Sundar stoutly defended his master. ‘He has always favoured the idea of women stepping out of the house to carve out an independent identity. Haven’t you seen how considerate he is towards Suhasini Didi? He made her his junior when no other senior advocate was willing to give her an opportunity to practice. He treats her no differently from his sons. Be that as it may, who am I to advise you? I’m sure you know better, so I’ll be minding my own business.’

‘Indeed, that will be better,’ Varsha was dismissive. The audacity of the old rascal! He was a shrewd fellow. How in the world did he guess that she harboured the dream of studying law and practising in the court one day? If Mata ji were to hear of it, she would ensure that Varsha was assigned to kitchen duties for the rest of her life.

‘Has Sundar left? Call him back quickly,’ Madhu was gasping.

‘Indu has fainted. She sat down for a second on the dining table and the next minute, she slumped over, unconscious. Call Sundar. He must fetch Vineet from the court. Someone has to take her to the doctor.’

‘I’ll send Chedilal to find a rickshaw. There is no time to waste. The two of us can take her to Dr Jain’s clinic. I’ve been there a couple of times. It’s not too far. Hurry!’

Excerpted with permission from The Awasthis of Aamnagri, Shubha Sarma, Niyogi Books. Read more about the book here and buy it here.

The Dispatch is present across a number of social media platforms. Subscribe to our YouTube channel for exciting videos; join us on Facebook, Intagram and Twitter for quick updates and discussions. We are also available on the Telegram. Follow us on Pinterest for thousands of pictures and graphics. We care to respond to text messages on WhatsApp at 8082480136 [No calls accepted]. To contribute an article or pitch a story idea, write to us at [email protected] |Click to know more about The Dispatch, our standards and policies
TagsIndian writing Niyogi Books Shubha Sarma The Awasthis of Aamnagri

“A Ballad of Remittent Fever”: This novel explores the world of medicine and the ordinary miracles performed by physicians in the course of their daily lives
109 new covid-19 cases, no death reported in J&K
Comment