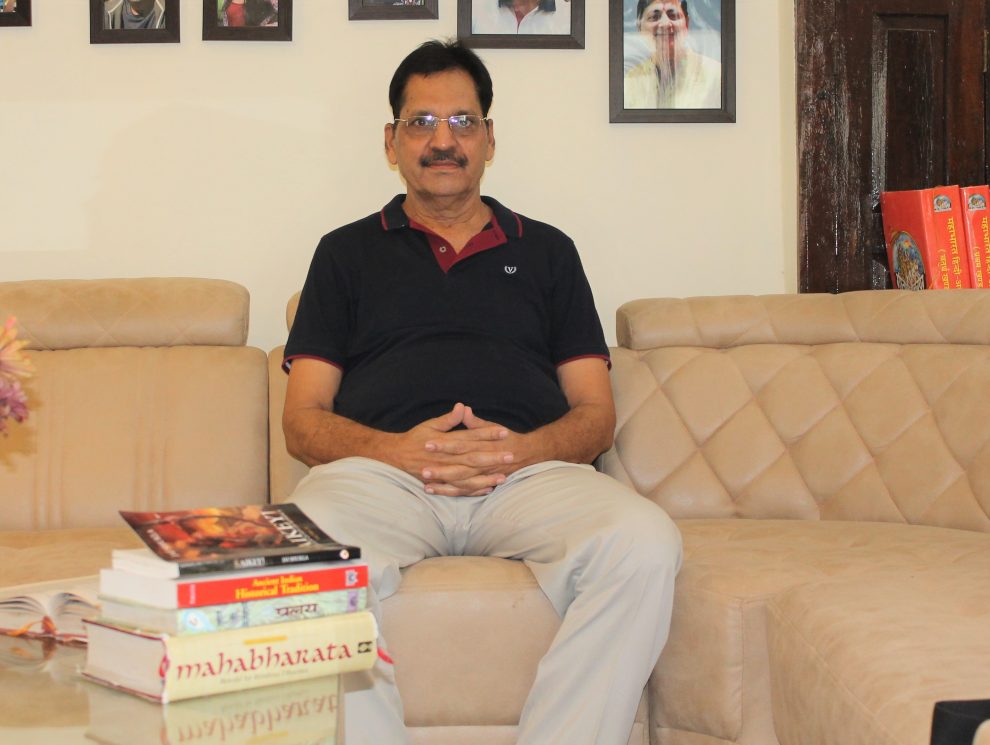 Taking advantage of the darkness, the asura warriors surrounded the Koshala camp. They stealthily made their way towards the tent where Trighnasur and other asura soldiers were imprisoned. The Koshala soldiers patrolling the camp were outnumbered and outmanoeuvred, and before they knew, the death from the dark stuck and finished them. Suddenly, hundreds of torches were lit, and the asuras managed the release of their commander and the captured warriors within no time. Many Koshala soldiers were butchered before they could raise their weapons. The remaining hurriedly put on their armour, collected arms andrushed out of their tents. Devastated by the humiliating defeat, Trighnasur sought revenge on the king and his queen when they were not battle-ready. Taking a strong band of five hundred soldiers, the asura crown-prince swiftly marched toward the royal camp.

A fully awake Kaikeyi heard the clamour of her soldiers outside the tent. They raced towards the royal pavilion possibly to alert them or to cordon off their wounded king and the queen. Kaikeyi could apprehend the situation, and ignoring her injury, hurriedly put on her armour. She was ready to end the unfinished battle. She ordered a large contingent of the warriors to cordon off the king’s pavilion and stood prepared to face the aggressors.

The asuras were moving towards the royal pavilion, distinguishable from other tents from a distance in the fading moonlight by the fluttering Koshala flag in the cool mountain breeze. In the meanwhile, a charioteer brought a medium size two-horse driven cart for Kaikeyi. Ignoring her pain, Kaikeyi mounted the chariot after tying her abdomen wound tightly with a waistband. A couple of soldiers stuffed the carriage with bows, quivers, swords and tridents. The queen bowed before the trident given by Danteshwari Devi temple priest and tucked it in her waistband. She, along with her soldiers, hidden in the darkness on either side of the road, waited for the arrival of advancing asura troops.

Before the asuras attacked, Kaikeyi and her warriors, taking advantage of their strategic positioning in the dark, charged from both the sides and killed more than half of the asura soldiers. The over-confident asuras were trapped in the battlemaze and had no place to escape. The asura attack was thwarted before it started. But Trighnasur was not the one to accept his defeat. His heart raging with vengeance, he ignored the heavy casualties and continued pressing forward to his target – the king and the queen. He was astounded when he saw Kaikeyi, like mother Durga Herself, appearing out of the darkness.

Like water from a spring, hundreds of shafts flowed out of Kaikeyi’s bow, slaughtering the handful remaining asuras surrounding Trighnasur. Then she fired ten straight shafts and pierced asura’s mighty frame, tearing off his body armour. The asura prince was defending himself well, but he suffered grave injuries on his chest and stomach. He arranged for another armour, and before Kaikeyi or her soldiers could take advantage, he was fighting back with the full vigour.

Furious at the loss of his armour by the shafts of a woman, Trighnasur fired hundreds of fire-tipped, yard-long steel arrows at Kaikeyi, but she ducked smartly, letting them whistle past her. She counter attacked him with one hundred arrows, most of which were deflected by his strong armour. The asura commander shot a long, winged shaft fitted with twelve spikes with full force. It stuck Kaikeyi on the chest and pierced through her copper breast plate, slicing the armour. She did not suffer serious injury, as the breast plate had blunted the sharpness of the spikes, but due to its powerful impact, Kaikeyi trembled and collapsed on the chariot floor. Before Trighnasur could press on, Kaikeyi regained her senses and was back on her feet.

Kaikeyi gathered her bow and shot ten short, thick iron arrows at the asura, which he deflected mid-flight. The asura replied to her with sharp edged javelin, which she let past her left. Trighnasur shot out an iron mace with full force that destroyed her chariot and killed the charioteer and horses. He pierced Kaikeyi with a volley of barbed arrows, targeting her upper body, where the armour plate had been breached. She could be dead any moment, and then they would slay or capture her husband. That would be the defeat of Koshala at the hands of the asuras. But this asura seemed invincible. What could she do? Something must be done and sooner than later.

Standing on the ground wounded, angered and fearful, Kaikeyi invoked Goddess Durga. Begging the Mother to save the life of her husband and the honour of her country, Kaikeyi removed the trishul of Mother Danteshwari from her waistband. She beseeched the Goddess that the Asura was trying not only for the victory but wanted to possess a woman against her will. If the Goddess believed that the modesty of a woman was priceless, and any man trying to disgrace her must be punished with death, let Her come and ride the trishul. Another Mahishasur was born and must be slain by the Goddess. Moving swiftly, Kaikeyi reached within striking distance of Trighnasur. She balanced the holy trident in both her hands and touched it to her forehead. The trident had red vermilion pasted on its blades and the mantras scribbled on its handle. The trishul flashed like the thunderbolt when she aimed it at the unprotected face of the asura. She hurled it with all her might, crying out loudly, ‘Hail Mother Danteshwari.’ The holy trishul flew in the air like a winged cobra and stuck the asura prince on his forehead between the eyes. Trighnasur fell like a huge banyan tree struck by thunderbolt. Thin lines of blood tickled through his ears, nose and cores of his mouth. The young asura commander was dead instantly.

Excerpted with permission from Kaikeyi: The Warrior Queen of Koshala, Jai Shukla, Petals Publishers. Read more about the book and buy it here.

The Dispatch is present across a number of social media platforms. Subscribe to our YouTube channel for exciting videos; join us on Facebook, Intagram and Twitter for quick updates and discussions. We are also available on the Telegram. Follow us on Pinterest for thousands of pictures and graphics. We care to respond to text messages on WhatsApp at 8082480136 [No calls accepted]. To contribute an article or pitch a story idea, write to us at [email protected] |Click to know more about The Dispatch, our standards and policies
TagsJai Shukla Kaikeyi: The Warrior Queen of Koshala Mythological fiction Petals Publishers