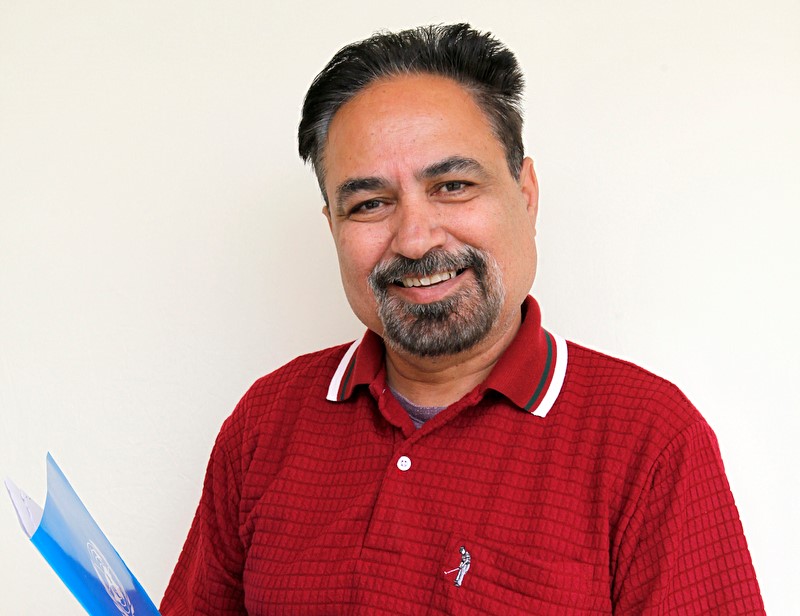 One morning, nearly three months after Amit Patel disappeared – an event reported in all the major newspapers – my front doorbell rang.

I wondered if it was the police. It was only a quarter to five and still dark outside – too early for the milkman or the newspaper vendor to bother me, but the right time for law enforcement agencies to make an arrest. Besides, I had been expecting something to happen. I knew enough about Lord Patel, Amit’s father, to guess that he would not sit idly by. And I had issued threats I would drag Amit out of his house on Holi, outside Amit’s residence, the ‘White House’, in Golf Links.

In fact, it was that evening he disappeared and was not heard of again.

‘Aap, sir?’ A familiar face from the courts gaped at me as I opened the door.

Gopal Ram was one of a hundred process servers at the court, and I was one of three thousand lawyers, so it wasn’t surprising that neither of us remembered the other’s name.

Despite so many lawyers, Gopal recognised me instantly, and I suspect it had to do with my appearance, which is distinctive, even if it is not memorable.

At six feet nothing, I’m tall by Indian standards, and tower over most of my legal brethren. If you wanted to pay me a compliment you would say that I had chiselled features; if you wished to put me down, you’d say I had a bony face. With the exception of my nose perhaps, I have very little flesh on my face; even my cheeks are a bit sunken, which I’m told gives me a somewhat melancholic look. Women are fond of biting my nose; even Uma, my first girlfriend at university, liked doing that. I’m not sure why, because it doesn’t look particularly appetising or large like a pakora; it’s rather well proportioned. Perhaps that is why there are some among the female species who – ever so gently – like to sink their teeth into it.

‘So what do you have for me, Gopal Ram-ji?’ I threw in the respectful ji, trying to put him at ease.

Attached to the summons was a complaint typed out on expensive court stationery, the kind used by big law firms. I ran through it rapidly.

The petition averred that I was responsible, either directly or indirectly, for the kidnapping of Amit Patel, owner of Patel Holdings and Properties. It went on to speculate that I either still held Amit in my custody or had murdered him, and that the complainant reserved his right to press additional charges.

I was interested to know what motives had been attributed to me for wanting to kidnap and subsequently murder Amit Patel. It was more or less along the lines that I would have expected.

My sister Ruhno, the petition stated, used to be an employee of Patel Holdings and had during the course of her employment become infatuated with the young and successful Amit Patel. I myself had met with Amit Patel’s father in an attempt to fix her marriage with the lord’s son. Ever since my sister’s accidental death (a photocopy of the hospital records were attached to the complaint), I had begun to imagine that it might not have been an accident but a suicide. And for this suicide I held Amit Patel responsible together with Amit’s friend and financial adviser, Sunil Gupta.

Sunil Gupta himself, the petition went on to explain, had been brutally stabbed to death and his body thrown into the Yamuna. The petition did not allege that I had any hand in Sunil Gupta’s death, I was amused to note, but threw a strong hint in that direction. Singhania and Kapoor were experienced lawyers and did not want to go off track. Besides, the criminal complaint mechanism was to be used in instances where the complainant was directly affected by the crime, which t was clearly the case here, for the petition had been filed by the missing man’s father. With Sunil Gupta the connection would not have been so clear. Singhania and Kapoor did not wish to overplay their hand. The large, flowery signature of Lord Patel filled half of the last page of the petition.

But why, I mulled, did Lord Patel need to file this complaint at all? Surely a man of his eminence and power could have simply called on the Law Minister and asked him to ask the Commissioner of Police to slam a case against me. That’s what I had been expecting these past three months. I stood beside the window that overlooked Shahid Bhagat Singh Park, where I went for walks in the evening, and looked at the growing light beyond the green fields.

‘Yes, everything is fine,’ I assured him. ‘Just give me a minute.’

I went over to the kitchen to make tea for us both. As the warm liquid boiled, I allowed it to simmer, boiled it again, and then poured out the milky substance into two thick corrugated glasses. Gopal Ram wouldn’t enjoy his tea in fine china, and I would bear him company not only with the tea but with the vessel in which it was contained.

Usually, getting the police to charge me with the criminal offence of murder would have been simple enough for someone like Lord Patel, but there was a complication here. The lawyers from the Thirty Thousand Courts were a plucky lot and would stand by a colleague whom they thought to be wrongfully accused. I began to imagine how it must have happened.

My guess was that the Commissioner would not have been ‘helpful’ even to a man like Patel because he would have recalled the previous episode when I had been picked up, the lawyer’s strike that had followed, the reprimand from the Law Minister, the consequent threat to his own job and position – and this time had decided to be more cautious.

The commissioner had sent a senior superintendent of police to my house to interview me a week or so after Amit’s disappearance. ‘Vakil, saab,’ said the trim, grey-haired man with the starched uniform. ‘This won’t take long at all. I have just two or three questions. First of all, can you tell me how and where you celebrated Holi?’

‘I remember everything clearly,’ I said. ‘It was a festival, but, since my sister had only recently passed away, I was in no mood to celebrate.’

He nodded in sympathy, waiting for me to continue.

‘I spent the day in my chambers in court preparing cases.’

‘I spent the evening drinking whisky with a couple of friends at the Sixers, one of the bars inside Delhi Sports Club, till late at night.’

I saw the question in his eyes and provided two names.

‘My friends could testify to my presence,’ I said, ‘but you could also check with the regular bartenders and waiters.’

‘One more question, sir. Is it true that you threatened to kidnap Amit Patel on Holi?’

‘Kidnap?’ I spilled my drink on the table, my eyes smiling, and the amused laughter as natural as I could make it. ‘Why would I threaten Amit Patel? Is he nursing a guilty conscience over something?’

‘I don’t know, sir. As you are aware, he is missing, so I haven’t been able to verify this. But this is what one of the security guards at Amit Patel’s residence at the White House has claimed.’

One of the security guards at the White House. That must have been the sloppy bastard who insulted me.

‘I don’t know about any threats,’ I said, ‘but I remember pulling up one of the security guards for drinking on duty. Must be the same man. Getting a small revenge. You know how people are.’

He noted down everything in a small black book.

‘Is there something I should be worried about?’ I said, as I saw him to the door.

‘I mean, I could inform the President of the Bar Association if you have any plans to arrest me.’

‘No, no, sir. You embarrass me. This is just a routine inquiry.’

Excerpted with permission from How to Kill a Billionaire, Rajesh Talwar, Kalpaz Publications. Read more about the book here and buy it here.

Join The Dispatch Whatsapp Group to stay updated
The Dispatch is present across a number of social media platforms. Subscribe to our YouTube channel for exciting videos; join us on Facebook, Intagram and Twitter for quick updates and discussions. We are also available on the Telegram. Follow us on Pinterest for thousands of pictures and graphics. We care to respond to text messages on WhatsApp at 8082480136 [No calls accepted]. To contribute an article or pitch a story idea, write to us at [email protected] |Click to know more about The Dispatch, our standards and policies
TagsHow to Kill a Billionaire Kalpaz Publications Legal Thriller Rajesh Talwar