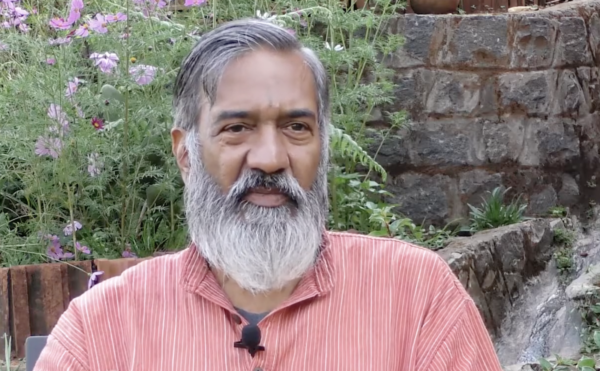 Peter Drucker, whose writings contributed to the philosophical and practical foundations of the modern business corporation has said, ‘Culture eats strategy for breakfast.’ But what is ‘culture’ and how do we shape it?

Let’s try understanding culture using the analogy of a petri dish. When we give a blood sample to the lab for testing, a tiny sample is placed in a petri dish to do a culture test. The petri dish has a specific gel that allows only certain bacterial or viral cells to grow and kills the rest. Through this method, the lab can check if there is evidence of the proliferation of the intended organisms.

Every organization’s culture is like a petri dish, and allows only particular behaviours to grow. Observing the culture closely, we can identify which behaviours it energizes and enlivens, and which it dampens.

A key aspect of organizational culture is the kind of heroism it nourishes. Every culture has an implicit and explicit idea of what heroism would mean in their context. Does your organization encourage heroism, or is such risk-taking not seen as a positive? Are employees encouraged to be heroes and bring about change?

For example, the power and passion of a Bhima archetype are very important in the start-up phase. As the organization matures, a Yudhishthira is needed to create order and scalability. It is not that a start-up has no structure or system, only that the Bhima spirit of adventure is the key to success at that stage. An organization that does not change its leadership based on its changing context will get thrown into the dustbin of history, no matter how successful they are currently.

The Pandava archetypes can help to understand the psychic energy and heroic potential of an individual. They also help to create an enabling culture in the organization. Although it may not be apparent, the five Pandavas work together as a team. They bring forth different skills and propensities. They argue, disagree and dissent, but ultimately act together for a common cause.

Are the Pandavas examples of perfection? Yes and no. The persona and behaviour of these heroes are not only human but also exemplary. You can see the whole unfolding of each their characters, from the seed to its manifestations: the patterns which get entrenched, the sorrow it creates and how they transform themselves through exile. However, they could overcome their shadow sides and discovered ways to transform themselves, while their counterpoints the Kauravas succumbed to the internal contradictions and vicious processes generated by a psyche ensconced in unexamined and inappropriate mindsets.

There are many stories with Yudhishthira, Bhima and Arjuna as the chief protagonists, where Nakula and Sahadeva are mostly supporting characters. Many folk stories on these two princes try to make up this lacuna. However, being prominently visible is not the only type of heroism that is critical for building organizations and institutions. In my study of human behaviour, I have found that not only do people create their own narratives, but these narratives also often reflect their own dilemmas and inner processes.

The most famous episode in the Mahabharata – the Bhagavad Gita – shows Arjuna recounting his dharma sankata – the struggle to choose between alternatives that seem equally valid. Even after having been cheated of his rightful heritage and having suffered exile, Arjuna questions if the war is truly dharmic. Just before the start of the war, he places his chariot between the two armies – which symbolizes the pivot of balance between the two sides of his mind – and has an intense and deep dialogue with Krishna, the Divine Intelligence. It is here that Arjuna asks: ‘In doing what I am doing, what am I really doing?’

Krishna helps Arjuna look closely at reality and his personal biases and, in doing so, clears his mind. He decides that he is indeed on the right path. This ability to introspect about the paradoxes of life and deeply examine the polarities, the pulls and the pushes of one’s context, is an essential ability of a great hero.

Here, I consider Lord Krishna as one’s deepest intelligence, which one can access through contemplative conversations and meditative self-reflection. This idea of God has been emphasized in the Upanishads through mahaavakyas (the great sayings). Thus, we are looking at Krishna not as a god but as Intelligence.

Can you access this deep reservoir of intelligence in your consciousness? One’s ability to access this deep consciousness is the most prized capability in Indic thought. This is especially important to consider in a leadership context, where the responsibility for making meaning out of reality and taking decisions falls on the leader.

Excerpted with permission from Five Seats of Power, Raghu Ananthanarayanan, HarperCollins India. Read more about the book here and buy it here.

Join The Dispatch Whatsapp Group to stay updated
The Dispatch is present across a number of social media platforms. Subscribe to our YouTube channel for exciting videos; join us on Facebook, Intagram and Twitter for quick updates and discussions. We are also available on the Telegram. Follow us on Pinterest for thousands of pictures and graphics. We care to respond to text messages on WhatsApp at 8082480136 [No calls accepted]. To contribute an article or pitch a story idea, write to us at [email protected] |Click to know more about The Dispatch, our standards and policies
TagsFive Seats of Power HarperCollins India Raghu Ananthanarayanan Self help book

“From Space to Sea: My ISRO Journey and Beyond”: This book records the development of propulsion systems, including the cryogenic one, in India
Acharya Prashant’s book reveals the true meaning of real joy, or ‘Ananda’
Comment