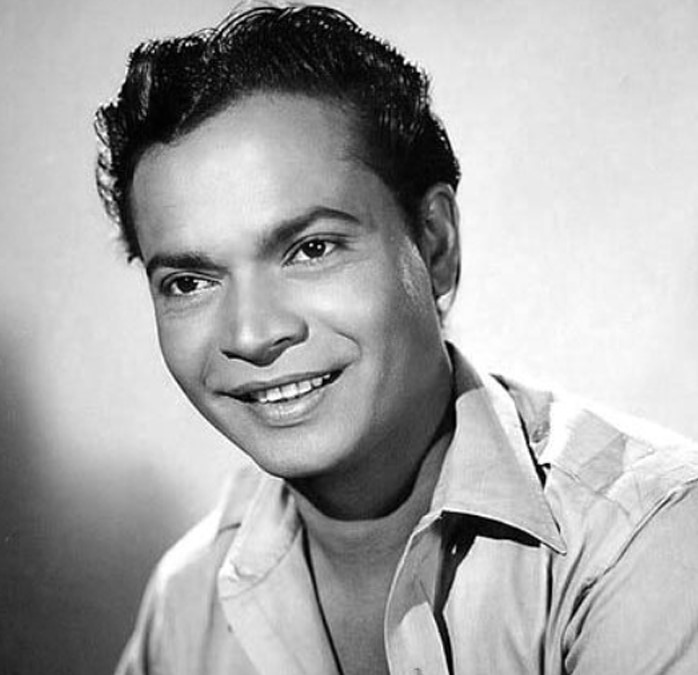 Sabu smiled and did not answer, but his eyes were too bright. He would play his favourite instrument later, when he had more time. He went back to practising his lines. He wanted every word to be perfect.

And he was just perfect. On screen, his naturalness and confidence bowled over the crew. Indeed, every actor was working hard to build a remarkable narrative.

But Korda’s troubles were still not over. His three directors were not working in tandem, and Alex had to sort that out.

He was sitting at his desk, poring over his work list when Zoltan came running into the studio with the news they had been dreading for some time. “We have to stop the shoot. Just heard.”

All crew members were shocked to hear the news. It was September 1939.

Looking at the worried faces of the crew, Alex took Zoltan aside in a different room for a quick discussion.

“Quite a lot of work is still left to be done.” Zoltan shared as he shook his head. “This now, on top of everything else.” He was fuming.

“We can’t help it. For now, we must wait I am also finding out what other directors are planning. And if we need to move the shoot somewhere else.” Alex replied, his mind already thinking ahead about the possible option they could take.

“Maybe it will all over soon,” Zoltan spoke, a spurt of hope in his vice. But both the brothers knew that the war was raging too intensely around them for there to be such an easy solution. And for them, giving up was not an option. They had invested too much passion, time and money to give up at this stage just because the shoot had to be stopped for the war.

A long waiting game began which stretched to over a year. Even as the rest of Britain waited with bated breath for news of war, Korda and his team waited for news on when the shooting could start again.

Back at their home, with his brother, Sabu spent more time on his English language skills while waiting for the day the shoot would begin again. He had never imagined that Britain would be in the thick of battle in such a short time since he had started living there. The world was now looking very different. Shaikh kept finding news of the war and sharing the details. Sabu had no option but to keep staying positive and being practical. Thankfully, both Shaikh and he found it easy to look at things practically.

Finally, what Korda had thought a year back seemed to emerge as the most logical solution. Due to the wartime restrictions, some of the shooting had to move to the US. At that time, the US was still not part of the war. In 1940, Zoltan Korda took Sabu and a few other cast members to Grand Canyon to shoot some remaining scenes. There was a long tortuous road to take all the equipment needed for the shoot to the location that they had identified and then a long wait to get everything ready. Some more shots were filmed at Hollywood.

Back in Britain, a year after the war had started, life was becoming grim. People had been evacuated from bomb-torn cities. Many children had stopped going to school. Families who sons were fighting in the war were scared of every missive coming back from the battlefront. The common people of Britain were having a hard time adjusting to the new life. Entertainment was what they needed the Thief of Baghdad is what fit the bill exactly. But as if the film had not seen enough problems till then, a new battlefront opened. The studio had planned the release by early 1940 and the exhibitors and financiers were not willing to wait any longer. The film needed to be released. And it needed to be released quickly.

Korda was poring over the unfinished pieces obsessively. He was looking haggard as if he had dispensed with sleep and rest altogether. There was still so much he needed to do to finalize his masterpiece. Multiple edits and cuts had to be made to complete the film before the studio’s presence ran out. And there was more trouble to come.

One day, Sabu found Korda sitting and poring over the financial numbers, grumbling under his breath. A few minutes later, one of Korda’s assistants came running up to them, breathless, “Sir, Sir just got to know. The cargo ship, sir….”

“What about it?” Korda asked, his hands massaging his forehead. Looking at the man’s face, he knew it could not be good news.

“A German submarine sank it.” The man spoke in a rush.

Korda swore. “They had to sink the ship carrying the copies for the US copyright,”Korda muttered, shaking his head.  Sabu’s heart sank. He could see how stressed his mentor, Korda, was. It had been two long years and frequent interruptions to the production of the movie. First the normal production challenges, then the war and the financial pressure, Korda felt like he was being choked from all sides.

But somehow, with seemingly miraculous efforts, Korda and the team managed to supersede all the troubles. On October 17, the premiere was held a Carthay Circle Theatre. And the wait was worth it.

The fantasy was what the war-torn people needed. The dialogue, the sets, the design, the acting. People loved it. All of it. And Sabu won the audience hearts again with his acting.

The film also had a good share of humour that the audience could connect with, especially the dialogues between Abu and the Djinn. Sabu loved to see the audience reaction when they heard him speak his on-screen lines.

Abu:  “How can you be so ungrateful?”

Djinn: “Grateful? Slaves are not grateful. Not for their freedom.”

At another point in the movie the audience started laughing at the canny lines between two other characters in the movie.

Ahmad: “Another execution? Why’d he have to die?”

Jaffar: “He had been thinking, my lord and master.”

The ending of the movie was also a fascinating call to adventure that gave people a sense of hope in the midst of the grim war realities.

Abu: “You’ve got what you wanted now, I’m going to find what I want.” The words were spoken by Abu even as he got ready to fly away on the magic carpet.

Abu: “Some fun, and adventure, at last!”

Excerpted with permission from Sabu: The Remarkable Story Of India’s First Actor In Hollywood, Debleena Majumdar, Locksley Hall Publishing. Read more about the book and buy it here.

“Tulip of Istanbul”: This historical novel depicts political intrigue and cultural richness of the Ottoman Empire in the 1730s
This book chronicles the story of the subaltern tribal hero Birsa Munda
Comment