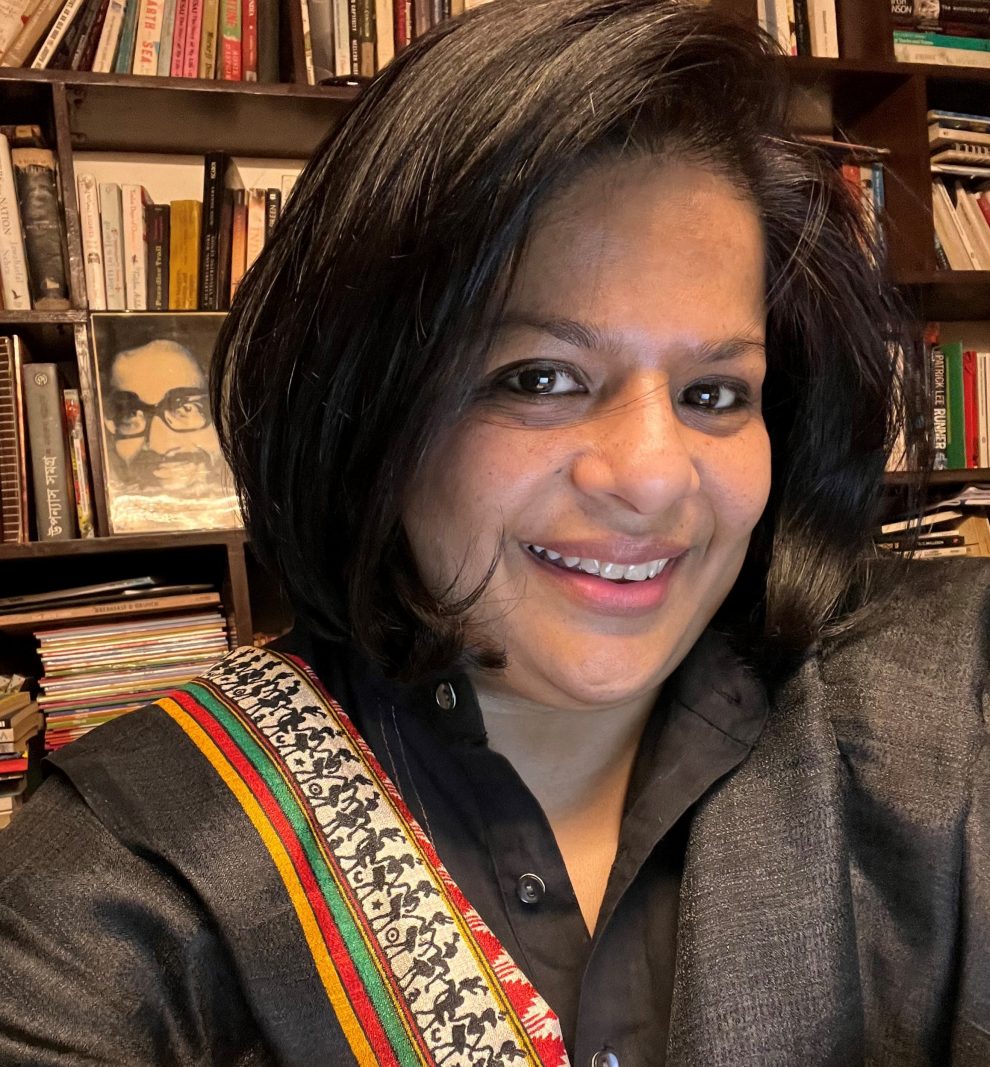 When feminist boomer mothers like mine stepped out to work, they found themselves in a difficult position. Sure, they were ‘allowed’ to work and earn money, but they were never allowed to forget that their first priority was their home. This, unfortunately, has not changed in the intervening four decades. They had to remember to be good daughters, daughters-in-law, mothers, and wives, as we do now. A majority of middle-class Indian families claim to be progressive, and bring up their daughters to have a voice, with a caveat—they may never raise that same voice inside their homes or against their family members. They send their daughters to the best schools but also ensure they know that rolling the perfect chapatti in the kitchen will be more useful than a ‘fancy’ degree. Middle-class India prides itself on being modern, while respecting traditional values. But inside their homes exists a patriarchal laboratory where misogyny and sexism are constantly reinvented and rebranded. So, while women are often expected to earn, they are not expected to be overly or overtly ambitious, and definitely not at the cost of their families. They need only go out to supplement their husband’s earnings (for extra luxuries, better education for the children, paying off loans), never for their independence or personal growth. Often when the husbands are promoted and their financial situations improve, wives are asked to take it easy and look after the home and the children. They are also expected to remain strong in the face of all adversities but never publicly talk about their personal lives or the various indignities they are subjected to every day. Middle-class women have no choice but to do it all. When they don’t, apart from the all-consuming guilt, for many there are serious consequences, including physical, verbal, and emotional abuse.

Overwhelmed with housework and care work, the additional burden of earning a living leaves most of these women with no time to think of their lives. Maybe this is why they have made their peace with the many forms of misogyny that exist in their homes because it is easier to ignore than confront what they know they cannot change. Their expectations and aspirations, dreams and desires for themselves are always flexible—the first to go, the last to be protected.

Women power through various forms of discrimination, domestic violence, violence on the streets, and bullying at work, surviving every day in battle mode. It is impossible to handle so much and expect that one’s mental health would remain unaffected. Globally, women are nearly twice as likely as men to suffer from mental illness owing to stereotypical social roles based on gender inequalities, among other factors. There also exists a direct correlation between mental disorders and gender inequality, including domestic violence, sexual abuse, unpaid care work, higher hours of work, low social status, lack of access to reproductive rights, and education.

In India’s middle-class homes these inequalities loom large, which is why, quite unsurprisingly, large numbers of middle-class women battle depression (including post-partum depression about which there is no awareness or acceptance) and anxiety disorders. They remain quiet because mental health is still a taboo topic in India and visible signs of it might be exploited by family members to disenfranchise them in many different ways.

These inequalities have survived the test of time, only growing stronger with passing years owing to scant efforts to address inequalities within our homes. Even when middle-class women gain economic empowerment, they remain largely immune to social and emotional empowerment because of the patriarchal nature of our homes and institutions, where even our children’s textbooks consistently propagate the men–women=breadwinner–carer discourse. They prefer to toe the line because they have remained untouched by the true tenets of feminism, instead buying into the bra-burning, misandrist adaptation of the movement. As noted feminist Kamla Bhasin once said, ‘Feminism is perhaps [the] world’s most badnaam or defamed ism. There are all kinds of totally unfounded, unsubstantiated allegations against [feminism]. So many people are afraid of [feminism]. This is why even strong, independent, actually feminist women do not wish to call themselves a [feminist].’ On the other end of the spectrum are women who have no qualms attributing the term to themselves, while alienating others. I once heard an anecdote from a lawyer friend, who had attended a house party where she was told off by a young, upper-middle-class, upper-caste feminist for tying up her hair in a ponytail. ‘It’s unfeminist’, she was told. The young woman, an educator, had also jumped to the conclusion (from my friend’s simple appearance and gentle nature) that ‘she was a housewife’. This lazy interpretation of feminism by a section of privileged young women is why we have managed to alienate a large chunk of our female population from feminism. But as Bhasin had noted, even ‘a housewife and full-time mother who brings up her daughter with dignity, who teaches her sons equality and respect for women, is a [feminist]. You do not have to go and join protests and shout slogans to qualify as a feminist, although if you do that also, things would change faster.’ Middle-class women are largely characterized by a lack of confidence, awareness, and courage—they already think nothing of themselves. If we are going to burden them with more expectations that have nothing to do with the true spirit of feminism, of course, they will stay away. We have to stop telling women what to do, and focus on providing them with safe, nonjudgemental spaces to learn and unlearn.

Many middle-class women are also wary of calling themselves feminists because they have often been made to feel that feminism is more an affectation than a natural state of being. To explain this more, I need to draw on a recent experience that forced me to think of the way we (middle-aged, middle-class feminists) are perceived by our male peers. A progressive friend of mine made what I thought was an utterly thoughtless and loose comment on a social media platform recently. Most middle-class women discover feminism in their middle-ages, he had written (I could almost hear him sneering). He then added that the reason they come to feminism when they are middle-aged was to advance their careers. He was right and also very wrong, in the typical entitled man’s blinkered fashion. Many middle-class women—working professionals as well as homemakers—do discover feminism in their late thirties and early forties. They discover it so late not because it will advance them in their careers (since many don’t have a career to speak of ) but because most of them grow up in patriarchal households, attend misogynist schools, and do not receive good quality higher education. They are not taught to rebel but to comply. They are not taught to fly but to ignore the shackles on their feet. They discover feminism in their middle-ages in an act of organic dissent, after having lived half their lives without any control over their own lives. It is only once they hit their forties that they find some amount of control over their lives, the time to educate themselves, and most importantly, it is then, after years of subjugation laced with humiliation and physical and mental exhaustion, that they begin to give a bloody damn.

Excerpted with permission from Lies Our Mothers Told Us: The Indian Woman’s Burden, Nilanjana Bhowmick, Aleph Book Company. Read more about the book here and buy it here.