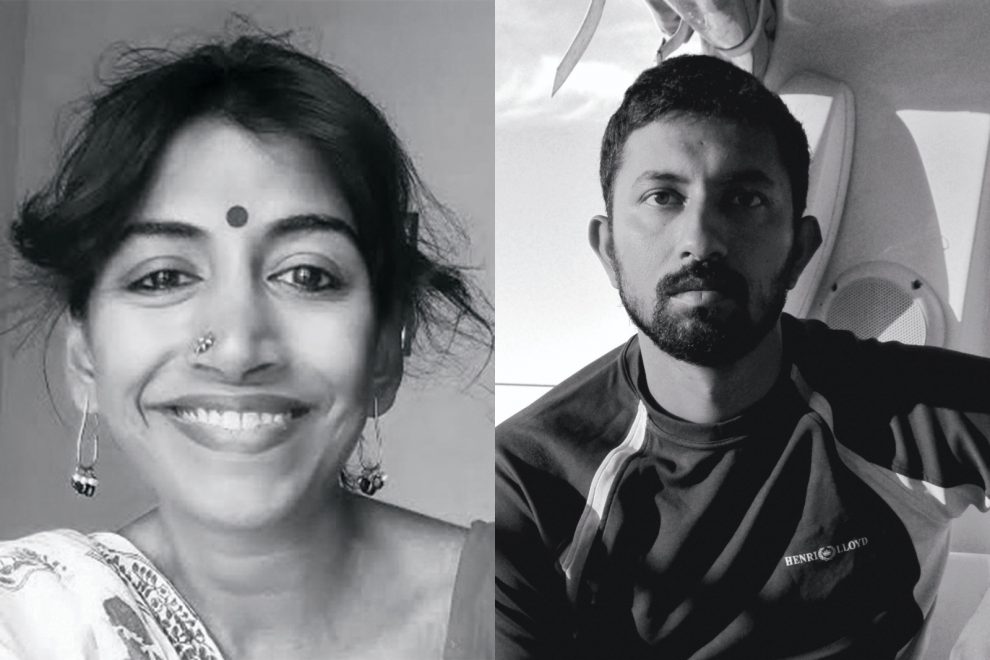 The INS Tarangini was the kind of ship eighteenth-century sailors took out for a spin, with its stack of square sails billowing in the breeze like bedsheets hung out to dry. It was on such a ship that we sailed from Goa to Mumbai in our fifth term. Having captained the sail team with some amount of success, I had loftily presumed I was built for all kinds of boats and all varieties of water. But it was only after I felt the steep lurching in my stomach at the start of that fateful run that I knew I had presumed too much. Over three queasy days—the entire length of our passage—I faithfully contributed the insides of my stomach to the sea at various points along the way, until we docked in Mumbai and I was led to land with my nauseous head between my knocking knees.

Thankfully, by the time I had completed my naval training and was commissioned into the Indian Navy on 1 July 2000, I had sprouted a stouter pair of sea legs. From then on, no matter how big the boat or how churlish the sea, I was never again caught insides-out!

(I learnt later that the word ‘nausea’, which was originally used to describe seasickness, has its roots in the Greek naus for ‘ship’. Guess what! The Sanskrit nau means ‘ship’ too. From these roots come a fleet of other related words like navigation, navy, argonaut, astronaut and nautilus.)

Our job in the navy was to protect the country from dangers sneaking in—not only on the water but under and above it as well, on submarines and even on planes zipping across the seas. You joined the navy to sail and fly, I reminded myself. And now that I’d learnt everything there was to know about ships and submarines, I looked up to the sky.

To learn to fly the navy’s planes, I had to train with the Indian Air Force, the aerial wing of the Indian military. So that’s where I headed—to the Basic Flying Training School at the Bamrauli airbase in Allahabad, Uttar Pradesh.

On the morning of my first day in the field (I had finished with the textbook lessons by now), I crossed the hot asphalt to what would be my tiny classroom in the clouds: the HAL-HPT 32, an aircraft large enough only for the instructor and me. A million butterflies, like stowaways, crowded my stomach.

The instructor and I took our seats in the cockpit.

‘Are you nervous?’ he asked with a grin.

What do you think! I said in my mind. But out loud, ‘Just a little.’

‘No need to worry, we’ll be up and down in no time,’ he said, trying to reassure me, before snapping down the visor of his helmet.

I didn’t like the sound of that. ‘Up and down’ had an ominous ring to it. I pictured an egg, flung up and crashing down.

I looked straight ahead through the windscreen at the airstrip. It stuck out like a long taunting tongue ahead of me.

So I looked up at the sky. It was blue as the sea. Now that was a colour I was familiar with.

The instructor took the controls first to show me how it was done. He taxied slowly down the runway for some distance, and when he had built sufficient momentum, pulled back the throttle and arced up. We curved a smooth wide circle in the air before gliding down and bumping gently back on the runway. It seemed easy enough.

Now it was my turn. I quickly glanced over the bank of switches and dials on the control panel in front of me, and then I too rolled down the runway. After a couple of minutes, I gripped the thrust lever and pulled back. The silver wings of the aircraft gleamed like mercury as the plane lifted off the ground and climbed steeply up the air. As I rose, the butterflies in my stomach swept up and streamed out of my ears. I felt weightless as I pulled away from the planet, watching gravity’s long rope snapping clean. For the first time in my life, I was wholly and utterly free.

The flight was to be one of many. I went on to spend countless elevating hours in the HAL-HPT 32 before I left Allahabad and headed to Bangalore (now Bengaluru) in the southern state of Karnataka, where I learnt to fly a very different breed of bird—the Dornier 228.

This was a larger aircraft that could carry up to nineteen passengers or their equivalent weight in cargo. I spent five months in this new classroom mastering all the acrobatics it allowed. And when I finally completed the course, I was formally inducted into the Indian Naval Air Arm’s fixed-wing division as a reconnaissance pilot! Eyes peeled for trouble, my job was to patrol the sea from the sky. From my cockpit, I could see the earth stretch for miles up to the horizon’s finish line, curving slightly at the edges, while all around me clean white clouds piled high like soapsuds in skies clear as water.

Yet it was not the blue up above, but the blue down below to which my heart swivelled, and my bones told me: There, down there, Abhilash, is where your Grand Adventure lies.

Excerpted with permission from Journey to the Edge of the Earth, Joeanna Rebello Fernandes and Cdr Abhilash Tomy KC, NM (Retd), Penguin India. Read more about the book here and buy it here.

“The Tiger’s Pause”: This book chronicles the story of Gurudev Sri Sri Ravi Shankar’s peace efforts in Sri Lanka
“Lords of the Deccan”: This book puts a spotlight on early medieval Deccan, from the 6th century CE to the 12th century CE
Comment