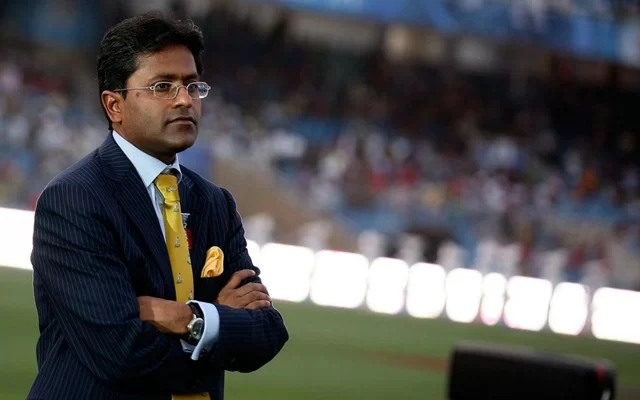 Anyone who has stayed at the Taj Bengal hotel in Kolkata will have a clear understanding of what I am talking about. The architecture of the hotel is such that someone who is staying on a higher floor will have a direct vision of the floors below and can actually stand outside his or her room and see the corridors at a level lower. Unlike other hotels where floors are constructed above one another, Taj Bengal is different with a kind of zigzag architecture. And that’s what Lalit Modi had used to intimidate the opposition ahead of the BCCI elections of 2005. Modi, impeccably dressed in a three piece suit with a scarf peeping out of his coat pocket, pacing the corridors of the first floor of the hotel speaking on his phone was the most dominant feature in the days leading to the election on 30 November 2005.

The 2005 election, it wouldn’t be a far cry to assert, was one of the most interesting and also most acrimonious in BCCI history. In 2004, Maratha strongman Sharad Pawar had made a pitch for the BCCI presidency and was backed by the likes of I.S. Bindra, N. Srinivasan, Raj Singh Dungarpur, Lalit Modi and, of course, Shashank Manohar. Modi, it must be noted, hadn’t yet come to power in Rajasthan and was still cutting his teeth in the BCCI power game.

Pawar, in all senses, was a heavyweight and was the kind of candidate needed to oust the super-efficient and wily Jagmohan Dalmiya who knew the BCCI election process better than most. Dalmiya, for the record, had turned the tables on Chennai industrialist A.C. Muthiah at the very last minute and wrested control of the BCCI against all odds in 2001. While all had predicted Muthiah to get Dalmiya out, the Marwari from Kolkata proved to the world that in the BCCI it wasn’tover till it was actually over. In 2004, Dalmiya had backed Ranbir Mahendra from Haryana and had beaten Pawar in a dramatic election using his casting vote as President to do so, adding to the spectacle. He had himself cast 3 out of the 31 votes. The first was as President of CAB, his stronghold, while the second was as the ruling President of the BCCI and the third was the casting vote used to break the deadlock as per the BCCI’s constitution when the election was tied at 15–15. Dalmiya also controlled a fourth vote as President of the National Cricket Club housed in Kolkata, which was represented by his trusted aide Kamal Kajaria. His actions had prompted Pawar to make the comment that Dalmiya was both the judge and the executioner and also in some ways the jury. For the Pawar faction it was anything but fair play. But truth be told all was fair in war and this was nothing less. Both sides had gone all out for control of the world’s richest cricket board and Dalmiya was entitled to do all he could to ensure he remained in power.

Having never lost an election before, 2005 was make or break for Sharad Pawar. He was after all Prime Minister aspirant and to lose an election to a cricket administrator was not something Pawar would take lightly. His aura had been dented and the result had to be avenged at the earliest opportunity. It was evident he wasn’t willing to leave any stone unturned when Congress leaders Ahmed Patel and Oscar Fernandes landed in Kolkata to mastermind the election backed by Pawar’s trusted lieutenant Praful Patel. But more importantly for Pawar, his election campaign had received a major boost when Lalit Modi managed to overpower the Rungta family in Rajasthan and wrest control of the Rajasthan Cricket Association. The Rungtas, long term Dalmiya allies, had run Rajasthan cricket for decades and was one of Dalmiya’s sure voters. By taking control of RCA, Lalit had done two things at the same time—weakened Dalmiya’s hand by breaking the stranglehold and also ensured the Rungtas weren’t there at the election to help with the strategizing. Shashank Manohar, the master of realpolitik for the Pawar lobby, now had an ally in Modi and the bid to overthrow Dalmiya had received a boost with Lalit Modi coming to power.

The other major mistake Dalmiya made, may be born out of his own personal insecurities, was not to nominate Arun Jaitley as the next President in 2004. Jaitley, one of India’s most respected politicians and cricket administrators, was always considered the next in line and it was only at the very last minute in September 2004 was it decided that the Dalmiya faction, which also included Jaitley at the time, will field Ranbir Mahendra from Haryana as its candidate. Mahendra, in all fairness, was no match for Jaitley. Dalmiya had made a cardinal mistake and had to eventually pay for it when Mahendra was beaten by Pawar fair and square a year later. Had Jaitley been the chosen one, he would have rallied the BJP votes for himself and could have been a fitting challenger for Pawar. With his experience in cricket administration, it wouldn’t have been a one sided election Manohar, Srinivasan and Modi notwithstanding. Dalmiya, by choosing Mahendra over Jaitley, had let the advantage slip and that’s what Modi and Manohar made the best use of in November 2005.

Jaitley, who never publicly spoke about it, did not turn up in Kolkata for the election and sent his man Friday Narendra Batra instead. While Batra did all he could, he was no Jaitley. Did Jaitley really have a political rally to attend as was told or was it just a sign of things to come for not being given the presidency is a question we will never have an answer to, with both Jaitley and Dalmiya no more in this world to enlighten us. They were very good friends and it wasn’t in Jaitley’s nature to make differences public. But the fact that he did not turn up for what was the most important BCCI election in a long time was a telling comment on the nature of the alliance. Cracks, in all fairness, were visible. So if Modi’s joining the ranks was a big fillip for the Pawar camp, Jaitley staying away was a blow for Dalmiya. He had lost his advisor and sounding board and the stage was set for a Pawar takeover, one which was masterminded by Manohar, Srinivasan and Modi.

This book takes a close look at the gender inequality that forms the bedrock of India’s middle class
Robert D. Kaplan’s book “The Revenge of Geography” looks at global affairs through a geographical perspective
Comment