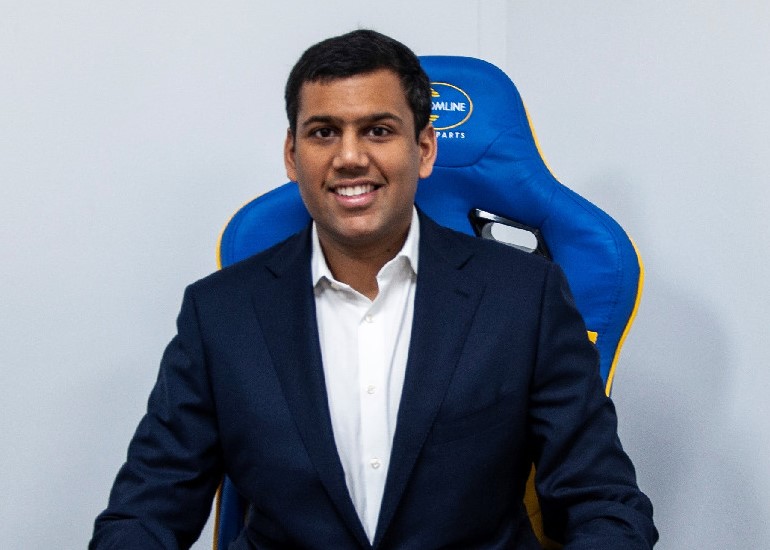 13:30 “Welcome back to Lord’s everyone, I’m Patty Pringle and I am joined here in the commentary box by ex-England captain Andy Bird. We are at lunch a little earlier than expected as, for those of you just joining us, England chose to bat and have been bowled out by India without reaching their full over allocation for 260 runs. First over to Ray Dora, our statistics expert for the breakdown of the England innings, and the Indian bowling figures.”

Mohammed Khan, caught Singh, bowled Shubanka, for 3, England 260 all out.

Over to the bowlers,

In terms of the wagon wheel, most of England’s runs came on the leg side with just under 40% coming through midwicket, and 10% down to fine leg. This matches up with the bowling as 65% of the scoring deliveries were bowled either on middle stump or down the leg side. After that, the spread was quite even, with 56 runs coming straight, about 20%, and 41 runs through the covers. The Indians in general had a good line, with over 50% of all their deliveries, 139 balls precisely, on or outside off stump. Where they really were consistent however is in the length. As a bowling unit they were disciplined, with over 50% of their deliveries on a good length or just back of a length. If they did err, it was mainly too full, though Panda was the main culprit of this, and you could see that he was trying to flight it up to the batsmen, and got his rewards for doing so. Finally on the fielding front, where we know India have historically struggled, Trahar was the busiest, doing over 20% of the fielding duties alone. Next best was Varun Mopal, who had to put in a full 10 overs while marshalling the boundary rope. Certainly the effort points go to him, alongside his important scalp of Quince. They held onto their chances in the field, taking 4 catches, and just maybe today catches will win matches. Back to you.”

“Thank you very much Ray, Andy – what did you make of that English performance?”

“Patty, I’m disappointed, and I know the boys will be too. Some of them had very good starts with both Quince and Billy getting up over 50, though they weren’t able to push on from there, nor did they have the support from the other batsman to make a real go of it. Rhodes and Barnes also got established with scores in the twenties and thirties, but then threw their wickets away. We said at the top of the innings that 300 looked like a good score on this pitch, and whilst we should always caveat that we have only seen one team batting on this pitch so far, 260 certainly feels short. England are going to have an uphill battle as they come out to field, and they will know deep down they are at least 20 runs short.”

“Hard to disagree with you, Andy, and they only have themselves to blame. There were some very average shots out there when the situation called for a different style of play. Do you have a word for Sam King?”

“Tough going on debut to be honest. Don’t think I have ever seen anything quite like that. For sure he would have been nervous walking out there with the England cap on for the first time, though he has batted a lot on this track before so shouldn’t have been caught that much unawares. He will have expected Pooran to come at him with pace and bounce, and should have dealt with it much better than he did. But he is young, this whole series is a learning experience for him, and he will have chances to make amends down the line. There will just be a little bit more pressure on him to take those next chances when they come.”

“England called him up because they wanted some solidity in the middle order so they could build to a big score. It has backfired on them?”

“Look, things like that happen in cricket and in sport. It’s how you adapt from them that counts. After King was out, Jones looked like he was taking the innings on his shoulders and would have dragged the team up to 300 though mistimed a hittable ball. That ball should have been 20m longer and in the stands, and he knows it. I am especially disappointed in Sherman and Frenchy though: they should have reviewed the situation better than they did when they got out there. Backs against the wall requires a certain type of play, they know they, but failed to execute it.”

“Ok thanks Andy, lets now go downstairs to Mike who has busted his way into the Lord’s pavilion and who is now with Indian captain Sunil Sharma.”

13:35 “Sunil, hi, tell us what you are thinking right now, good performance by your team?”

“Mike you nailed it. I am really proud of the way the boys have come out this morning and done their business. We bowled tight lines, fielded well and kept the run rate low. It also helped that we were able to take wickets at regular intervals to limit the scoring.”

“Tell me about your bowlers, who stood out for you?”

“The boys bowl as a team and as a unit. They work hard together and get the results together. It is hard to pick any one out. Of course, Nikil got the most rewards today with his 4 wickets, but he would equally say that it was the pressure being created around him that helped him to that. Mopal, Pooran and Azer at the start do all the hard yards, beating the batsmen down, so they must be given credit. Azer unfortunately didn’t get any wickets today, but he was relentless with the pressure at the top of the order. That’s why I kept him going for so long. If he had had a chance to bowl at some of the tail he may have gotten some rewards.”

“Are you surprised there was so much for the spinners out there?”

“We expected the ball to turn, that’s why we came in with 2 spinners, though I was surprised that they took most of the wickets. I think they got 6 between them, and some big wickets in that too? The pitch was a bit flat but there were some parts where you could get the ball to turn.”

“You would have taken 260 at the start of the innings if it was offered to you?”

“For sure, but it is very early in this match yet. We now need to go out there with the bat and chase it down. Certainly we prefer chasing 260 rather than 300, but then we would have also taken a lot less than that too. We now need to be extremely careful with our wickets, not give anything away too easily and take the opportunities where they come. The ground is very big and it is hard to clear the fence. So we need to run hard, and keep the scoreboard ticking over. We have the experience for big games like this throughout the squad and we need to use that now.”

“Any changes to the order?”

“No, I don’t think so at the moment. Kumar and Kapoor will be leading us off. I have told them to play their natural game. No need to play defensively just because the run rate is a tick over 5. They are more likely to get out playing in an unnatural style then doing what they do best. Bihari will come in behind them, and hopefully if they get all the runs between them, then I will have a very quiet afternoon.”

Excerpted with permission from It’s Only Live Once, Ishan Kamdar, Kamdar Foundation Press. Read more about the book and buy it here.

The Dispatch is present across a number of social media platforms. Subscribe to our YouTube channel for exciting videos; join us on Facebook, Intagram and Twitter for quick updates and discussions. We are also available on the Telegram. Follow us on Pinterest for thousands of pictures and graphics. We care to respond to text messages on WhatsApp at 8082480136 [No calls accepted]. To contribute an article or pitch a story idea, write to us at [email protected] |Click to know more about The Dispatch, our standards and policies
TagsBook on Cricket Ishan Kamdar It's Only Live Once Sports Fiction