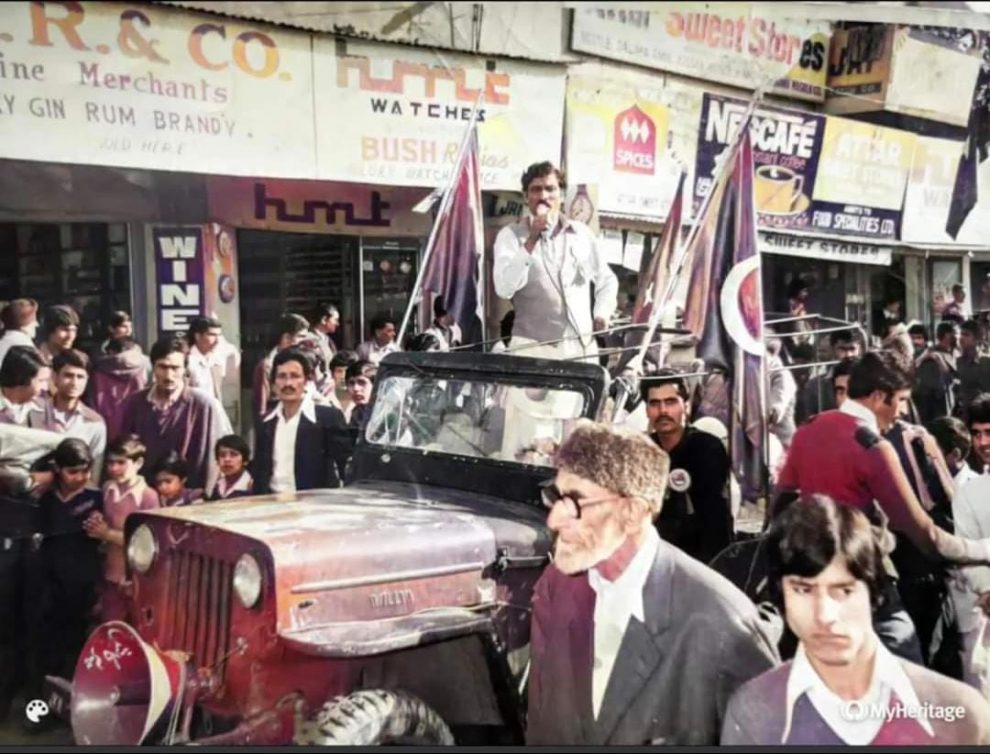 JAMMU: The Jammu and Kashmir Lieutenant Governor, as also President Ramnath Kovind and Prime Minister Narendra Modi, have sent out greetings to the Muslim community on the eve of Eid Milad un Nabi.

The holy Muslim festival which fell on October 18 this year is celebrated the world over as the birthday of Prophet Mohammad (PBUH). The first such celebration is believed to have been held in Egypt as it gradually became a worldwide Muslim festival by the eleventh century.

As in the rest of India, Jammu and Kashmir also has a rich tradition of celebrating the Eid Milad un Nabi. While major congregational prayers are held at the Hazratbal shrine in Srinagar where the holy relic of the Prophet’s beard hair is also put on display to the devotees, events are organised in all small and big towns across the state.

A commemorative procession the morning after the nightlong of prayers has always been the main feature of the festival. While major congregational gatherings and processions have not happened over the last three years -in 2019 due to security concerns and in 2020 and 2021 due to Covid restrictions -the Jammu city which used to witness a massive procession has not seen this event in last three decades.

For several decades, Eid Milad un Nabi and Janmashthami processions served as highlights of composite culture and secularism in Jammu city. The two events always used to be mutually complementary for Hindus and Muslims as both communities joined in celebrations.
The colourful Janmashthami procession would take off from Raghnunath Temple chowk in the heart of city and march uphill to reach an ancient temple near Mubarak Mandi. From there, the procession would take the Jain Bazaar route to enter Rajinder Bazaar -known also as Urdu Bazaar in pre-1947 times -touch down at Shaheedi Chowk, the follow Residency Road to culminate back at Ranghunath Temple.

It was across Rajinder Bazaar and Shaheedi Chowk that Muslim community members would line up with flowers and sweets to greet the procession. The procession would always stop briefly at the opening of Tallab Khatikan in Rajinder Bazaar and at Shaheedi Chowk to acknowledge the greetings of Muslims. The Muslim initiative was mainly under the aegis of Muslim federation, an organisation of young Muslims formed in 1976. With Abdul Majeed and Mohammad Amin Baig as its key driving force, the Muslim Federation fostered secularism and inter-community relations as its key principle.

The Janmashthami procession has not been taken out in Jammu over the last two years during pandemic-related restrictions.
Even as the Muslims make a minority of less than ten percent in Jammu city, the Eid Milad un Nabi jashn was never any less in strength or vigour than the Janmashthami celebrations. Tastefully dressed, the Muslim youth would gather at the Masjid Ustaad Mohalla for a procession to take shape. Troupes on horses and camels would often join in from the adjoining areas of Jammu city.

Since the 1970’s Eid Milad un Nabi procession was always a major attraction. A charismatic Muslim youth Mohammad Amin Baig is vividly remembered for leading the procession on an open jeep. “The strength, pitch, and attraction of his slogans in praise of the Prophet (PBUH) and Islam would find no match”, recalled Abdul Majeed, the president of the Muslim Federation.
By the mid-1980s Amin Baig was Administrator of the Auqaf Islamia, a position by way of which he was able to ensure that Eid Milad un Nabi processions were more organised, disciplined, and attractive. “Baig Sahab was widely respected and admired by the Muslim youth”, said a contemporary who further added, “weeks ahead of the festival he would hold consultations with the community youth and elders to ensure that the forthcoming procession is in the true spirit of religion, it embodies the cultural ethos, presents a dignified identity of Muslims and fosters secularism in the town”.

Year after year, the Milad processions kept on enhancing the attractions but then the situation took an undesired turn in 1990. By this time events happening far and away had their impact found in Jammu. Militancy was at its peak, migration of Pandits from Kashmir in January that year had the sentiments of Hindu community bruised, the conflict around Babri Masjid was also affecting the community relations. All these events had the atmosphere in Jammu polarised. There were inputs that a large procession through the city interiors might be used by some subversive elements to cause communal tension.

Amin Baig reached out to the community members to share concerns and persuade them for deferring the procession. The Police and administration also made similar requests. There was a general consensus to not have the procession that year taken out. But the Muslim youth, deeply influenced by developments elsewhere, did not like this advice. Some of them told Baig that the procession will happen whether he likes it or not. Baig refused to approve of this defiant response, particularly in the interest of peace in the city.

In a few days, more sensible Muslim youth called on Baig and convinced him that they will ensure a completely peaceful event. The procession was then agreed to be taken out.
Baig’s slogans and speeches, atop an open jeep, were always the attraction, said a number of people who joined or saw the Milad celebrations in Jammu in the late 1980s. This year the air smelled of defiance. Shortly on the way, a group of youth raised unpleasant and unacceptable slogans leading to a commotion in the gathering. The slogans had the potential to cause communal tensions and attract legal action.

Even as there was no immediate local reaction to the slogans, but the procession was abandoned. Some of the youth were arrested and some of them later joined militancy. That was also brief tryst of Jammu Muslim youths’ tryst with militancy.

Amin Baig, in his personal capacity and as also the Administrator of Auqaf, declared that he will not organise or lead the procession again. “He was a deeply hurt man that day. He was always a hero of the youth but that day he felt betrayed”, said a person familiar with the events.
That was October 13, 1990. Since that day, the Eid Milad un Nabi processions have never been taken out in Jammu even as congregational prayers are organised in mosques and private spaces.

Join The Dispatch Whatsapp Group to stay updated
The Dispatch is present across a number of social media platforms. Subscribe to our YouTube channel for exciting videos; join us on Facebook, Intagram and Twitter for quick updates and discussions. We are also available on the Telegram. Follow us on Pinterest for thousands of pictures and graphics. We care to respond to text messages on WhatsApp at 8082480136 [No calls accepted]. To contribute an article or pitch a story idea, write to us at [email protected] |Click to know more about The Dispatch, our standards and policies
TagsEid Milad un Nabi Jammu Muslims