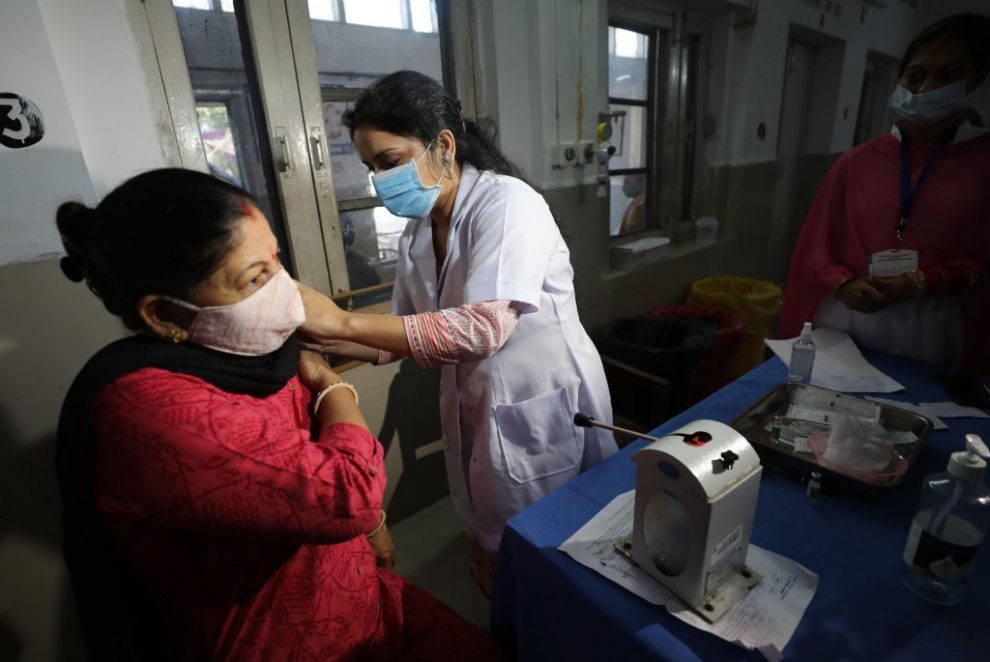 Jammu: After a few days of fast vaccination, the inoculation drive in Jammu and Kashmir is continuously being affected.

The vaccination is hampered in every district due to shortage of vaccine.At the same time, people in the age group of 18 to 45 years are not getting Vaccine.

Sources said that on Sunday, many districts faced shortage of COVID vaccine including the Jammu due to which the vaccination drive was affected.

“A total of 10,441 people were vaccinated on Sunday and with this, so far, 27,02,188 people have got their vaccinations done in Jammu and Kashmir,” as per the report.

As per the data provided by the Department of Health and Family Welfare, on Sunday, vaccination drive could not be carried out in the districts of Jammu, Srinagar and Kulgam in the age group of over 45 years, adding, “at the same time, 28 people were vaccinated in Shopian, 60 in Budgam, 38 in Baramulla, 369 in Poonch, 633 in Kishtwar and 721 in Reasi.”

However, a senior official in the Health Department refused to comment on it.

Moreover, official sources added that till Abhasi in Shopian district, maximum 96.84 percent people have been 95.70 percent in Ganderbal and 95.02 percent in Jammu.

Meanwhile, in Kupwara, at least 27.33 percent and in Srinagar 35.37 percent people got vaccinated as per official data.

According to sources, the death graph due to COVID has swelled in all age groups in the past few weeks in Jammu and Kashmir and it is either due to poor health facilities or treatment in home isolation.

“Many people with mild symptoms who are in home isolation, are not taking the health department into confidence and by the time they reach the hospital when their condition deteriorates, he/she succumbs,” they added.

According to data released by the National Health Mission, 148 corona-infected patients died in the Government Medical College Hospital, Jammu so far this month, while 41 patients were declared brought dead, who were in home isolation.

This is the first time in Jammu division that there have been so many deaths due to COVID as in the Medical College Hospital, for the first time, the bodies of 189 patients have been found in nine days.