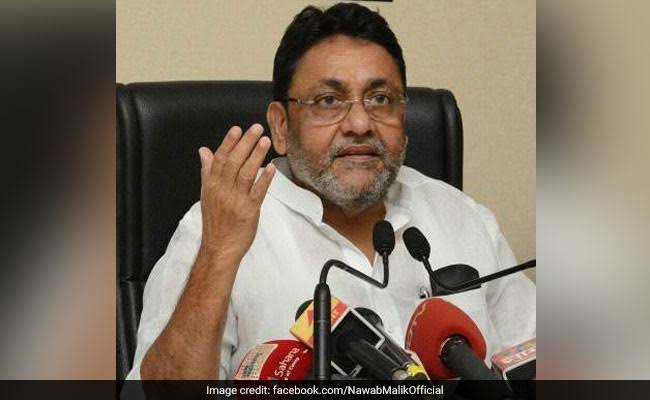 Nationalist Congress Party (NCP) leader Nawab Malik said here on Monday that things will speed up towards the government formation in Maharashtra after today’s meeting between Congress President Sonia Gandhi and NCP Chief Sharad Pawar.
Pawar and Sonia will meet at 4 pm in New Delhi today, he said. “Today, there is a meeting between NCP President Pawar Ji and Congress President Sonia Ji. Once it is decided in the meeting today on how to go ahead, definitely everything will speed up and there will be an alternate government in Maharashtra,” said Nawab Malik.
After a meeting of the two leaders, Congress and NCP members will sit together on Tuesday to discuss the government formation in the state, Malik had said on Sunday.
The NCP held a core committee meeting at party chief Sharad Pawar’s residence in Pune on Sunday. Maharashtra NCP chief Jayant Patil and Legislative Party leader Ajit Pawar were among the prominent leaders present at the meeting.