Home Newsfeed There is so much more to Jammu and Kashmir than Srinagar and...

Kashmir’s scenic beauty—its snow-clad mountains, freshwater lakes and vast meadows are often compared to Switzerland; but it also boasts a long, rich history and heritage. Then you have Jammu, known as the Land of Temples, the gateway and home to several places of worship for the deeply devoted. And of course, there’s Ladakh, with a topography so breathtakingly unique, it makes the bucket list of every adventure junkie. Everywhere, you can feel the seasons change, see the landscape go from lush green to autumnal gold and pure, blinding white. Most importantly, its citizens are amongst the country’s most hospitable and warm, proud and happy to share their culture with others.

However, despite its many draws, tourism in Jammu & Kashmir (J&K) is nowhere near its full potential. While there have certainly been sporadic incidents of unrest, they have a disproportionately large impact on the general public’s perception of the state as being unsafe to visit, and consequently, dramatically affect inbound tourism. While the reality is that most popular, tourist-friendly areas in Srinagar and across the state have been insulated from any unrest, you wouldn’t know it from the mainstream media portrayal. It is telling that the average Kashmiri you meet when you do visit places like Srinagar, Leh or Jammu, first asks you if you’re enjoying your time here, and then almost always requests you to convey to your friends back home that J&K is safe to visit.

According to the J&K Economic Survey (2017), the tourism sector accounts for around 7 percent of the state’s GDP. However, J&K is not among the top 10 domestic destinations in the country on the basis of number of tourist arrivals. In fact, tourist arrivals to J&K fell in 2016 and saw a moderate upswing in 2017. According to the economic survey, tourist arrivals for the year till October 2017 were at 7.3 million (Jan-Oct 17). The state government is hopeful of achieving a figure close to the 10 million mark by the end of 2018.

Tourism plays a key role in the economic development of a state and in Kashmir has especially strong potential to become a big revenue generator, bringing in more employment to the local population as well as stability and goodwill in the region. In fact, tourism has been identified as a sector with as much potential for growth in Kashmir as the primary industries here like agriculture and horticulture. According to Parvez Dewan, former tourism secretary, Government of India and former tourism secretary, J&K, “Unlike some ten years ago, where people would visit during spring and summer, Kashmir is now nearly a year-round destination, making it a very attractive holiday prospect,” he says.

Daniel D’Souza, head of sales, India, NRI markets & e-commerce, SOTC Travel, points out that based on past trends, whenever there is a perception of complete peace in the Valley, Kashmir is usually the first preference for many Indian travellers. “It offers distinct experiences through winter, spring, summer and autumn,” he says. Winter tourism has grown exponentially, with resort towns like Gulmarg, Sonamarg and Pahalgam offering some world-class ski slopes and activities for adventure tourists. However, the bulk of tourism to the state continues to be of the religious kind, with pilgrims arriving to make the famous Amarnath Yatra, and in smaller numbers to visit the Hazratbal Shrine and Hemis Monastery among other important sites.

Dewan believes that tourists need to explore more places beyond these popular destinations and that there should be an organised push to have tourism expand into rural Kashmir, which is still untapped. “Kashmir has the potential to absorb more footfalls. This will also ensure that spends are dispensed equitably [across the state] and not concentrated in only two or three places,” he says, citing the example of Ladakh, where rural villages have benefited from the in-flow of tourists. Even Jammu, which typically draws pilgrims, has other places of interest to offer such as Rajouri, Poonch and Bhaderwah, which the government is now looking to promote. Globally too, rural tourism has seen a surge, with more discerning travellers looking for authentic local experiences.

This sentiment is echoed by Muzaffar Andrabi, CEO, Kashmir Caravans, a Kashmir-based travel agency which offers personalised, experiential tours in the state. “In the domestic market, only one in ten is exploring places beyond Srinagar or Gulmarg. People are keen to see more, and we need to market that lesser-known side of Kashmir. For instance, we have a better variety of blossoms compared to Japan,” he avers, referring to the apple, cherry and almond trees that flower beautifully during spring.

Recognising the potential for growth, the state government has undertaken several initiatives, with the central government committing its support and funding as well. Activities like golf and heli-skiing are key areas, but a big focus is on opening up new destinations to tourists. Currently, about 28 such places have been shortlisted, including the Lolab Valley, Yousmarg and Kargil, among others. Considering how ecologically fragile many parts of the state are, a big boost is being given to eco-tourism and cultural festivals. In addition, the central government has sanctioned a package of Rs2,000 crore, half of which will be disbursed by the end of the year, to focus on funding infrastructure- and skill development-related projects.

Tourism has also been introduced into the syllabus by the Ministry of Higher Education to generate more awareness among the younger generation about career options in this sector, so that the new opportunities allow for local recruitment. The government is working towards supplementing the limited number of hotel rooms, especially in the five-star hotel category, with the hope of attracting more high-end tourists, who have successfully contributed to the development of Ladakh’s villages. To safeguard visitors, officers are posted in tourist areas and are vested with special powers to regulate activities.

Awareness, of course, is key. “We’re trying to change the public perception, starting with campaigns,” notes Mahmood Shah, director of tourism, J&K. “We’ve ramped up our presence on social media, with several short films and promos that highlight the state’s versatility as a leisure destination.”

Traditionally, Gujarat, Maharashtra and West Bengal have been strong domestic source markets for J&K, and cities like Bengaluru, Chennai and Hyderabad are showing increasing interest. Foreign tourist arrivals have also been encouraging. Witnessing an 80 percent jump this year, this largely comprises southeast Asian countries like Malaysia and the Philippines, and European markets.

Travel agencies are also bullish: D’Souza expects to more than double their 2017 business; and Karan Anand, head, relationships and supplier management, Cox & Kings, says their business to J&K has been growing by 15 percent year-on-year.

Mohammad Ashraf, former director general, tourism, J&K, points out that peace is very much a requirement for stability in the region and to drive tourism. But there also needs to be a sustained effort to make tourism eco-friendly and cognisant of the local culture and infrastructure. He believes tourism should be an additional revenue stream for the local economy— instead of the sole stream—and it could easily contribute 15-20 percent to the state’s GDP in the future. “Tourists are good ambassadors for a destination.” Improving air connectivity and flight frequency will also help, especially from more Southeast Asian markets. With a well-thought out strategy and game plan in addition to its natural beauty and rich heritage, things are looking up for Jammu & Kashmir. So, what are you waiting for? 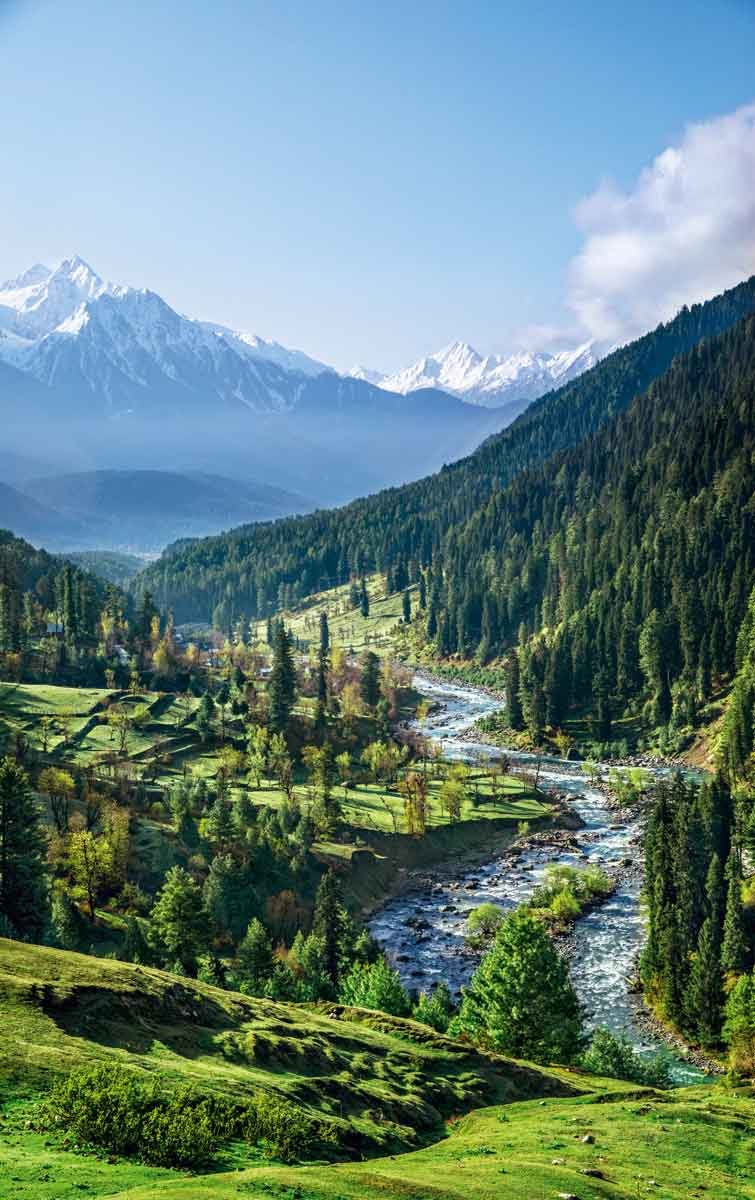 One of the many beautiful views around Pahalgam. Photo: Athul Prasad

Railways will allow women to travel on suburban trains from October 21: Piyush Goyal

Newsfeed The Dispatch Staff - October 20, 2020
Railways Minister Piyush Goyal on Tuesday announced that Railways will allow women to travel on suburban trains from 21 Oct between 11...

Newsfeed The Dispatch Staff - October 20, 2020
India has the largest number of COVID-19 recovered cases in the world and it stands second in terms of the number of...

Newsfeed The Disptach Staff - October 20, 2020
Union Minister Nitin Gadkari  laid the foundation stone of the Rs 694 crore multi-modal logistic park in Assam and said that it would serve as...