Home Newsfeed There is no provision in CAA to take away citizenship of anyone:... 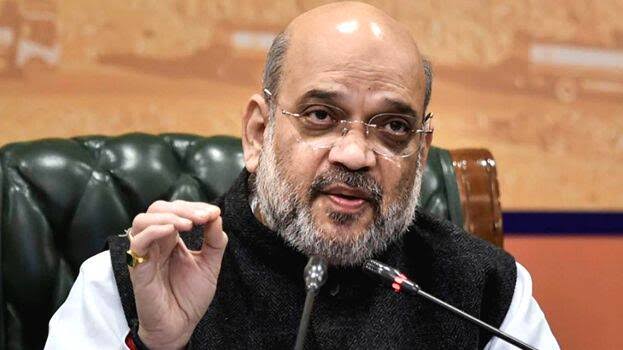 Amid major protests by students of various universities against the Citizenship (Amendment) Act, Union Home Minister Amit Shah on Monday appealed them to ‘practice the Act’ in which there is ‘no provision’ to take away the citizenship of anyone.
“I want to appeal to the students to practice the Citizenship (Amendment) Act. There is no provision to take away the citizenship of anyone,” said Shah, while addressing a public meeting here. Lambasting the opposition parties, Shah said Congress, Aam Aadmi Party, and Trinamool Congress are “misleading” the students and are creating an “atmosphere of violence” inside the country.
On Sunday, several students and policemen sustained injuries in a protest against the citizenship law in Jamia Nagar area. The protesters had allegedly set three DTC buses on fire near Bharat Nagar area after demonstrations turned violent.
Following the incident, opposition parties have hit out at the Central government for passing the Citizenship Amendment Bill, 2019 without thinking about its consequences.
Senior Congress leader Ghulam Nabi Azad said that “real culprit” is the Central government that passed the ‘unpopular’ Bill in Parliament without thinking about its consequences.
Congress general secretary Priyanka Gandhi Vadra on Monday sat on a ‘symbolic protest’ at the India Gate in New Delhi against police action during students’ protests over the Citizenship Amendment Act in Jamia Milia Islamia in the national capital and the Aligarh Muslim University in Uttar Pradesh.
Earlier today, Prime Minister Narendra Modi termed the protests against the Citizenship (Amendment) Act 2019 as “unfortunate” and said that vested interest groups cannot be allowed to create a disturbance.
“Violent protests on the Citizenship Amendment Act are unfortunate and deeply distressing. Debate, discussion and dissent are essential parts of democracy but never has damage to public property and disturbance of normal life been a part of our ethos,” tweeted Prime Minister Modi.
Stating that the need of the hour is for all of us to work together for the development of India and the empowerment of every Indian, he said: “We cannot allow vested interest groups to divide us and create a disturbance.”
“This is the time to maintain peace, unity and brotherhood. It is my appeal to everyone to stay away from any sort of rumour-mongering and falsehoods,” said Prime Minister Modi.
The CAA provides citizenship to Hindu, Sikh, Buddhist, Jain, Parsi and Christian communities who faced religious persecution from Pakistan, Bangladesh, and Afghanistan and arrived in India on or before December 31, 2014.