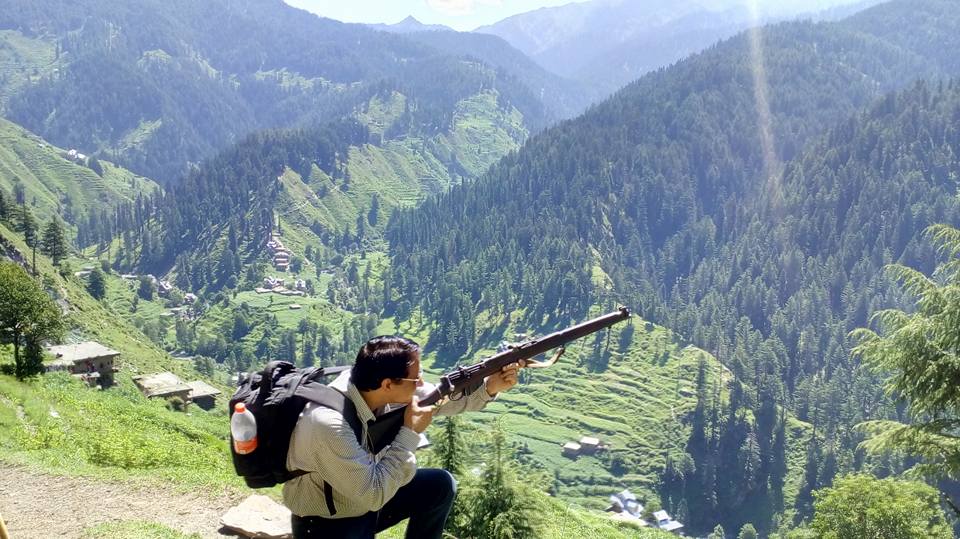 “Yeh koi zindgi hai ! Na jane hamare buzarg kya dekh kar yahaan abad huve?” ( What a hell of life is it ! What was there for our forefathers to settle here?)

I’ve heard this painful echo at Senabatti of Pogal, Chishoti of Padder, Afti of Wadwan, Soti of Bhalessa & now the same refrain in Dessa area of Chenab region of J&K State.

It may be enjoyable for a casual visitor but at the end of the day it is really a miserable life. While I was taking rest in a pasture called Poshmattu, an anguished girl of about ten with a book in her hand was shouting back at her mother “I wish they had fallen down the rock & perished” when the mother asked her to turn away cattle from a slippery portion.

Our forefathers whether they were bands of merry or distress wanderers in the Chenab region warrants some serious thought but for now the area under focus.

Not recorded anywhere but it is said that the inhabitants of Dessa are descendants of a robber called Dessu. There seem no traits of any business activity or some busy route to & fro some urban center passing through this area at any point of time in the past to corroborate this. The area is cut off & secluded even today. He must have been an area chieftain & not a robber I think. However this aspect requires a study.

Nature has made them what they are : born mountaineers, rock climbers, hunters and swimmers. Their bipolar matrimonial relationship in a triangle of Bandrals, Bhutyals & Rakwals within the very villages of the area makes them an intimate & mutually supportive society.

The cold climate is favourable for horticulture. The mainstay is, however, agriculture & livestock rearing. Being snowbound activities are restricted to more or less eight months a year. So the farmers, too, have the option of only monocropping of maize, potatoes, pumpkins, pulses like rajmash & peas. It takes full one year for the wheat crop to ripen.

With the squeezing of landholdings many families have migrated to Doda, Katra, Tikri, Nagrota, Majalta & Manwal though still keeping the bond with the ancestral area as far as possible intact.

Much of the local population these days is in the highlands with their livestock. An interesting feature is that locals prefer deodar wood to pine for fuel on the plea that it gives out less dark soot.

The same thing as in other areas of the region : Men work far less than women. Besides carrying on the ‘hereditary’ role of nursing children & cooking, the women perform two more ‘mandatory’ duties of collecting & stocking fodder & firewood for at least four months a year when they are confined indoors because of recurring snowfall & biting cold.

A former bureaucrat, Bijyal spends his life as a peasant in the middle mountains of Jammu and Kashmir. Schooled in Doda, he graduated from Udhampur and obtained the postgraduate degree from the University of Jammu. Bijyal happened to the first to qualify for Combined Services Competitive Exam, called Kashmir Administrative Services or KAS from the backward area of Siraj spread along the right bank of the river Chenab from Kishtwar to Ramban. He love springs and streams, meadows and mountains. Presently a farmer settled in the native village Ganika of District Doda in Jammu and Kashmir.

Wish : When I die I would like my ashes to be immersed in the Ladher stream & the Dal Lake & dispersed over the Shankaracharya Hill & my most cherished highland pasture Makhan Baggi - literally & virtually The Butter Land.