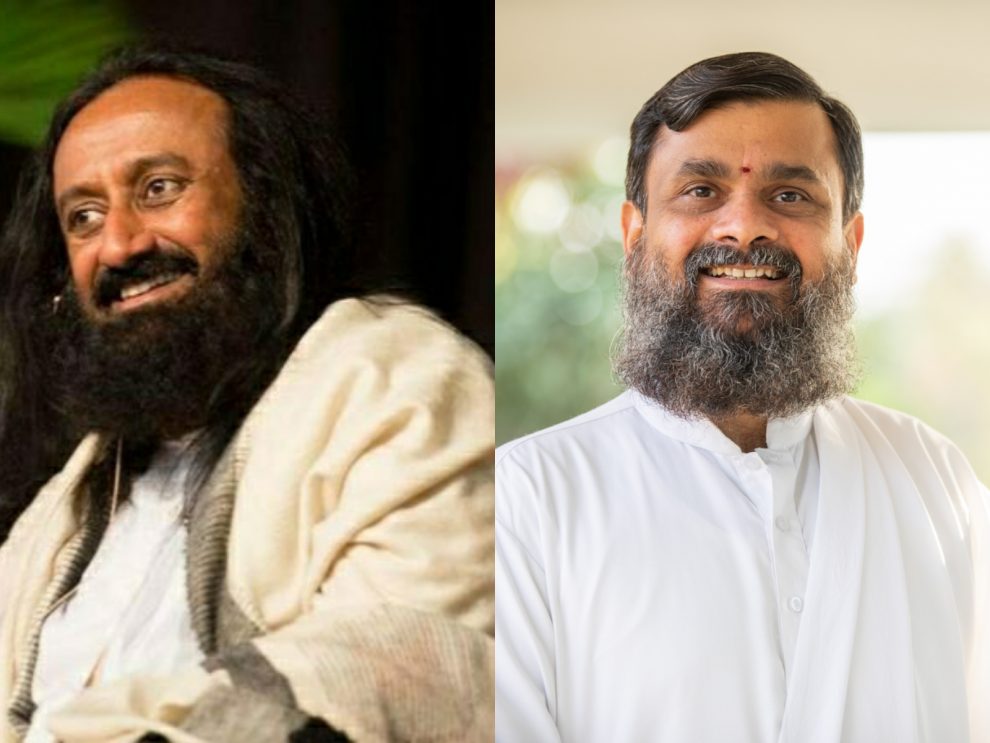 In 1995, the Sri Lankan government regained control of the Jaffna Peninsula from the LTTE, pushing them deep into the Vanni region that largely comprises a massive jungle terrain.

Here, the LTTE declared Kilinochchi district as their capital, which also served as their headquarters for the next fourteen years.

The Jaffna Peninsula and its surrounding areas were at the heart of the Sri Lankan Tamil education, politics, economy, culture, art and tradition for centuries. Its strategic location—just 32 km across the sea from India’s southern border of Rameswaram—was indeed a huge loss for the LTTE, which had controlled it tightly for several years.

The week after Gurudev left for India, Swamiji’s wait at Ratmalana airport was rather long. There was a single flight from Colombo to Jaffna, normally packed with forty-odd people.

‘We are sorry for the delay,’ said the smiling air hostess. The incoming flight was delayed due to bad weather.

Apparently, the first seat was kept reserved for various dignitaries and personalities from civil society, religion, politics and government. While Swamiji belonged to the erstwhile royal family of Kerala, this ‘prince’ grew into his communist ideology in his late teens.

So the flight seat really didn’t bother him nor did it make him see red in any situation, for that matter. He had been practicing meditation and was teaching it for over a decade under Gurudev’s tutelage since the age of twenty-two.

Using the tools and techniques of meditation to help one lead a dynamic, happier and healthier life, Gurudev’s mission as a global peace educationist is to help people return to innocence.

This shaped Swamiji and helped him in his role as the international director of programmes, a role that took him to several countries, including Russia, Mongolia, China and Japan, and some European nations to lead humanitarian and self-development initiatives.

As the flight took off towards the northern skies, he settled into reading Gurudev’s book, An Intimate Note to the Sincere Seeker. As he sat immersed in the book, a voice rose from the side.

‘I have seen your Sri Sri on television. You look almost like him,’ said a stocky, six-foot-tall man who was seated next to Swamiji, glancing at the book cover.

‘Vanakkam . . . I am Thiru, the general manager of this airline,’ he said, handing Swamiji his business card.

Thiru asked Swamiji about the flight and other questions typically related to customer feedback. Then, he went on to tell Swamiji about his airline’s vision to help Tamils connect easily and faster with Colombo. Thiru made no secret of his loyalty to the LTTE and was looking to help them in his own small way.

‘And what brings you to our Tamil homeland?’ asked Thiru, sipping his tea.

Swamiji replied, ‘Gurudev has sent me to help the Tamils in the aftermath of the tsunami. I heard there was massive destruction and many deaths.’

‘Yes, it has been traumatic,’ replied Thiru.

Swamiji’s first connection was right next to him. First row, first seat!

Thiru explained vividly why he felt Jaffna needed help. He said this was just the third year since a Ceasefire Agreement (CFA) was signed in 2002 between the warring LTTE and Lankan government, and how Jaffna was slowly recovering economically and the people were experiencing a certain degree of freedom. This facilitated travel and transactions between their respectively controlled areas.

At this point, the LTTE was in a relatively stronger military position. It grabbed this ceasefire opportunity to quietly strengthen and recharge itself in every possible sphere.

However, the LTTE’s covert activities continued in Jaffna, with a quiet parallel administration and low-level violence, due to various loopholes in the CFA.

Swamiji had by now received an update on the current scenario, considering his knowledge of the LTTE since his school and college days.

Thiru seemed impressed with the lengthy discussions with Swamiji. As the flight landed at Palaly airport in Jaffna, he said while exiting the aircraft, ‘Let’s meet sometime.’

This Palaly airstrip was the once-famous runway operated by the Indian government, when Indian Peace Keeping Force (IPKF) soldiers were stationed there between 1987 and 1990, as part of an agreement with the Sri Lankan government to bring stability in the Tamil regions of north-east Sri Lanka. This period saw a lot of hostility between the Indian army and the LTTE, leading to heavy losses on both sides.

If one thought that war was strictly a ‘male domain’, the LTTE shattered that myth by recruiting several thousand girls and women to fight, even on the front lines.

At 4 p.m. that day, there was a knock on Swamiji’s hotel door. He thought it was the hotel staff.

He was looking out of the window, observing Jaffna life: slow-paced, lacking infrastructure and dotted with visible scars from the war.

Thiru stood there with Satya, a veteran journalist. It seemed these were men of meaningful work and speedy response.

He introduced Swamiji to his friend with pro-LTTE leanings and they sat down to get the voice recorder rolling.

‘I will have this interview printed in the Sunday edition, which has a massive readership,’ promised Satya Ayyah, as he was fondly called by everyone.

The interview covered the whole spectrum of the Art of Living’s mission, Gurudev and his tsunami relief work, that had commenced just a few weeks earlier in Colombo and the nearby areas.

‘Do you want to meet LTTE members?’ asked Satya Ayyah, as he sipped hot coffee just after the hour-long interview.

‘I don’t know anyone here other than Thiru and yourself,’ exclaimed Swamiji.

As Satya and Thiru stood up to leave, Swamiji told them to clearly articulate to the people the main purpose of his visit to Jaffna—humanitarian assistance to the people.