‘Take me to Purana Qila.’
Hamza looked up and was startled to see Nadia standing before him in a jet burkha, her hair covered entirely by a headscarf, and only the round of her face, flushed with excitement, showing against the black.
His mouth fell open in bewilderment. Had he heard her right?
‘Hurry!’

Spurred by the urgency in her voice, he swung into action. Puranas Qila was easily fifteen kilometres away. He was half tempted to point that out, but kept shut. Who was he to say anything? If she asked to be taken to Taj Mahal on his rickshaw, he would bloody well take her.

But why was she in a burkha and why did she want to go the qila? And why in heaven’s name did she want to go on his rickshaw when she could have easily taken an auto or a taxi? Not that he was in a position to complain. Without uttering a single word, he began pedalling. Behind him, she was talking to herself as they pulled out of Zakir Nagar. He heard her clearly: ‘I don’t get to step out of the house at all. It is so rare that I have the privacy to go anyplace I like by myself, let alone travel to different places. And oh, do I long to travel and see the world…I want to see the pyramids in Egypt and Macchu Picchu in Peru…I want to go to the Louvre and see the paintings and then go inside the Buckingham Palace in England. And oh, how I long to see Italy! The Colosseum looks so grand in the pictures…and France! I want to see the Eiffel tower and the catacombs and the small cafes along the cobblestone streets…Oh, I wish to see the whole world! But Ammi won’t ever let me. She won’t even let me go to the mall alone! Urgh, what am I going to do? I hate her!’

He listened to the exotic names without knowing what they were. And he dared not make any indication that he was listening. He didn’t want to break her reverie. Besides, he was afraid of being snubbed if he spoke.

He continued to pedal, his eyes fixed on the road ahead, and his ears straining to catch anything else she might say. As they moved, the weather changed above their heads. Clouds gathered and began rumbling. It became dark, and the winds grew fierce. The traffic on the main road thinned as he reached it, and as though people around didn’t see the lone rickshaw crawling along the wide roads, they went on, towards Pragati Maidan, and finally reached the Old Fort.
‘Now wait here,’ Nadia ordered as she dismounted. Then, without any explanation, she walked inside the fort. He saw her walk towards the boating section, hire a pedal boat, and row to the middle of the lake.
Hamza kept watching her, breathing heavily, his heart beating heavily from the long ride. But something told him it was not because of the exertion. She had looked him in the eyes a moment longer than was needed. And he had seen something different in them this time.

‘Come back at midnight.’
They were right underneath her house. Nadia was looking at him and had barely whispered these words as she handed him the fare. The cool coins had jingled in her palm and fell into his, and he had stared unbelievingly into her deep brown eyes framed with voluptuous lashes. It was twilight, and in the cool blue-tinted evening, it did not seem like her lips had moved, or her eyes had twinkled to give away anything at all. She had said it simply, and there was no attempt to gauge his reaction or response.
Hamza was dumbstruck. Without another word, she turned and walked away, through the tall gates of her house, and did not look back as she disappeared inside.
Hamza stood frozen for several minutes, still processing what had happened. Then a light went on, on the upper floor and he came back to his senses. He realised the house was empty. Where was the rest of the family?
He stood there for several minutes and then cycled away. Why had she asked him to come to her at midnight? What was on her mind?
Night fell around him as he entered the congested area of Batla House. His mind was so saturated by the invitation that he forgot all about the ride to the qila. Had it even happened? Had he really pedaled nearly thirty kilometres with her in his rickshaw? And had she actually asked him to come to her at night? What did she want? He was suspicious. It couldn’t be possible that she wanted his company. Why would a girl like her invite him just for the heck of it, and that too at night?

His mind was racing. Could she be in love with him? As much as his heart strained, he did not want to be so presumptuous. Trying to contain his excitement, he wondered if she simply needed another ride. Or perhaps her family members were returning at midnight…It dawned on him then. Of course her family was returning at night and they needed help with the luggage. She wanted a coolie to carry their suitcases!

He shook his head in wryness. How could he even for a moment imagine he would be invited to her house after midnight as a lover? It was an absurd idea.
And yet, he couldn’t shake off the feeling that she hadn’t asked him to come at night to help with luggage. Still, his rational mind was too afraid to cherish hope.

Time passed sluggishly. Everything seemed decelerated. Hamza felt as though he was in a dream and time had slowed down, stretching languidly just to torment him. Never had hours seemed so lengthened, nor evening so prolonged. By 8 p.m., he was certain time had stopped altogether and the hour to meet Nadia would never arrive.

As he sipped tea at a small teashop, he wondered what he would say to her when he would meet her that night. So far, only she had talked, and he had merely done ji-huzoori. This time perhaps, he would get to say something to her. Did she know how he felt towards her? She probably did. Did it mean that he should now propose to her? No, he couldn’t do that. It would scare her off. And what if she did not reciprocate? She might try to get rid of him. He was just a poor rickshawwalla after all.

He resumed work with those doubts buzzing in his head. Then at 9 p.m., he took a break again and the same thoughts came back to him. But newer concerns came to him too. He hadn’t thought about the most important bit: his clothes. In the dark, he looked down at his patched up sweater and frayed pants that was a tad bit loose on his frame. Raising his arms, he sniffed his armpits. The scent of winter sweat made him shudder. He would go to the barber after work. He would have him soap his hair.
Right after dinner, he went home and took a long bath. Luckily there were two buckets of water stored for emergencies, and he used both, generously lathering himself with Lifebuoy, and scrubbing his face and neck with vigour.
He reached her house long before it struck midnight. He had been waiting for nearly an hour when exactly at midnight, she opened her window and called out his name.
‘Hamza…’
Her voice traveled down to him from the window and played on his ears as though she was right next to him.
‘Climb up the tree.’ 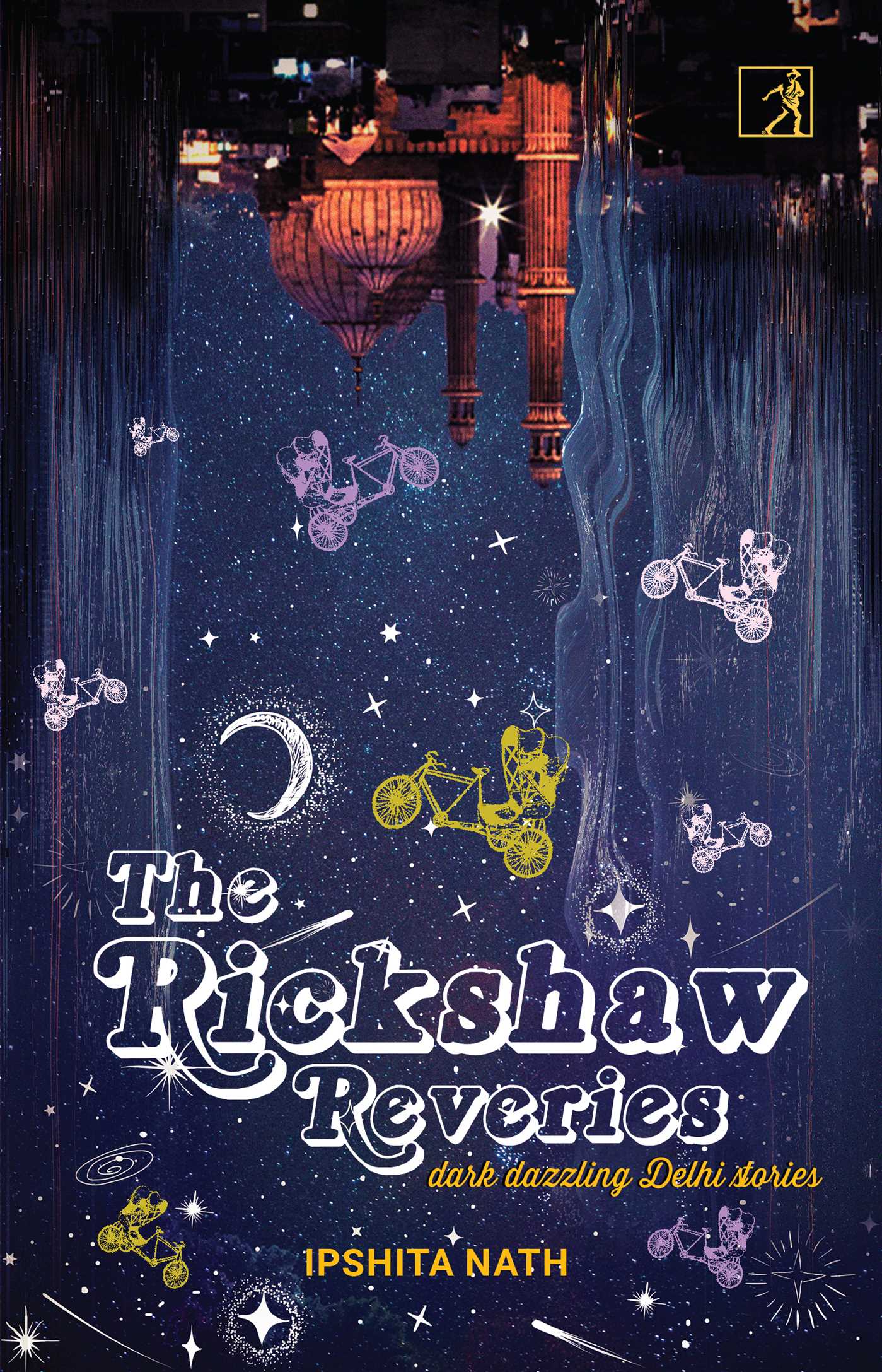 Excerpted with permission from the story “Subterranean Love” from The Rickshaw Reveries, Ipshita Nath, Simon & Schuster India. Read more about the book here and buy it here.

"The Barabanki Narcos" is the true account behind the largest-ever opium bust in history, narrated by the man who led the action at the centre of it all
Parinda Joshi on "Made In China": 'While the movie is a drama, my book has a comical bent and is more of an internal and entrepreneurial journey'