The story of Jammu city goes back to the times of Raja Maldev who laid its foundations in 1370 CE. However traditionally its foundation is ascribed to Jambhulochan, a scion of Solar dynasty of Ayodhya.
Since its foundation by Raja Maldev, the city of Jammu developed in different directions under the patronage of various rulers. The influx and migrations of different communities and groups into the city through the historical period also had its share in its expansion.
Coming up of Purani Mandi area as a seat of governance appears to be the initial phase of its development. RajaMaldev is said to have laid foundations with three stones at three different places. One at Kalijani (locality), the stone is still lying there though now painted red, second one near the pond ( now extinct ) where Rajtilak building( now office of Amar Kshtriya Rajput Sabha) and third was laid where Maldev got constructed his palaces and other residential quarters.
With the reign of Raja Dhruv Dev, the city expanded towards Dhounthali ridge where the seat of governance was moved. The area came to be known as Darbargarh and later as Mubarak Mandi. Further additions were made to this complex by successive rulers-Maharaja Gulab Singh, Maharaja Ranbir Singh and Maharaja Pratap Singh. In early years of 20th century Maharaja Hari Singh moved his residence to Ramnagar Rakh area where a new palace came up, now known as Hari Niwas Palace. However offices continued to remain at Mubarak Mandi complex. 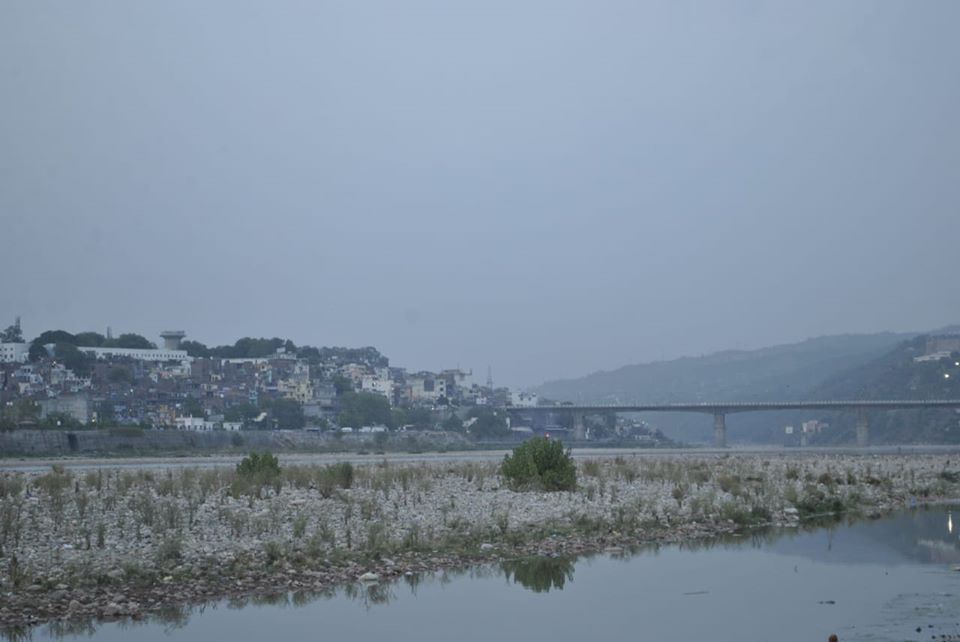 With the extension of railway line from Sialkot to Jammu (last Station was near present day Kala Kendra), new settlements came up on the other side of Tawi as well. From 1890’s onwards, new areas and bazaars emerged such as Kachi Chawni, Ragunath bazaar( Mandrian wala bazaar), Kanak Mandi ( Gandam bazaar), Rajinder bazaar(Urdu bazaar). Along with palaces and palatial houses belonging to the elite of Jammu, the localities of specialised workers also came up around these complexes like Sarajan di Dhakki, Nai Dakki, Khatika basti( Talab Khatika), Jula ka Mohalla, Bishti locality(Pir Mitha). Khanqahs of Pirs like Pir Mitha, Pir Jiwan shah, Pir Nau Gaj also emerged as centres of activity.
Partition of India and consequent events led to the influx of more people into the city who were settled in new colonies like Rehari and Bakshi Nagar.
With passage of time as city became overpopulated, new colonies were planned out in different directions Such as Gandhi Nagar, Trikuta Nagar, Talab Tillo, Roop Nagar, Shastri Nagar, Channi Himmat etc.
….. and the story goes on…..

Pakistan: The Balochistan conundrum
Peer Kho Temple and tradition associated with it