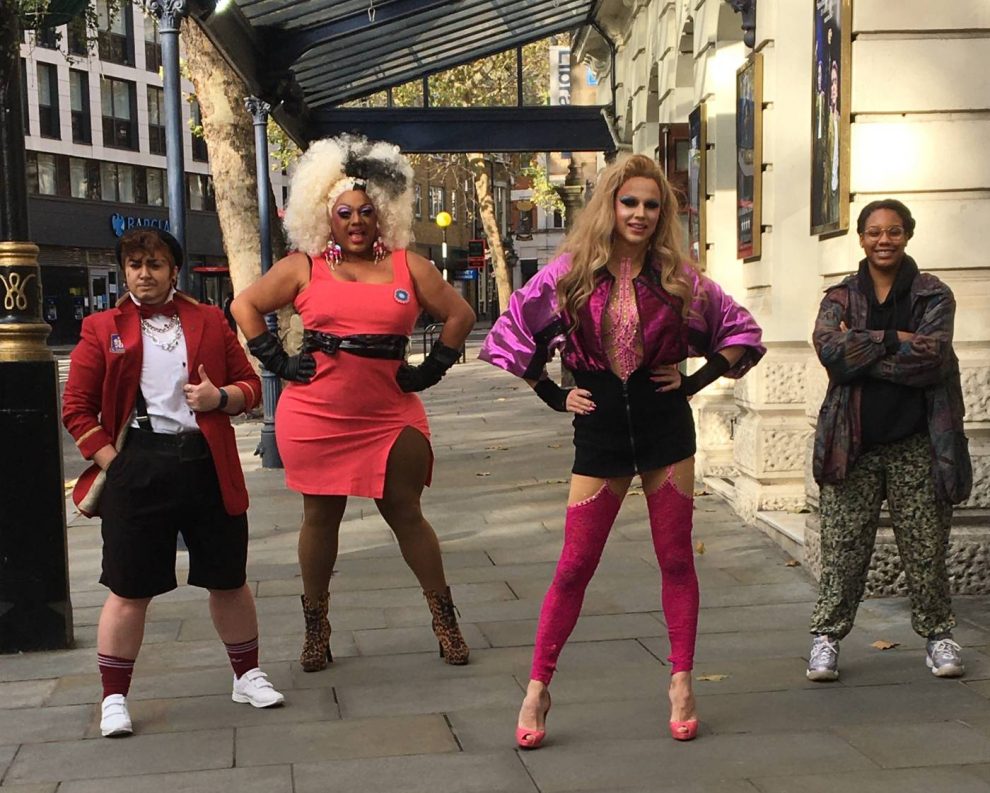 LONDON: As London’s West End theatres gradually reopen after the country’s second coronavirus lockdown, “RuPaul’s Drag Race” star Courtney Act, who opens in a new play on Friday, is adamant: the show must go on.

Theatres have been shuttered in the capital and across Britain for months this year due to measures to curb the spread of COVID-19 – battering box office revenues and putting thousands of jobs at risk.

But as curtains rise once again, Act, a drag queen and singer who first rose to fame on TV talent show “Australian Idol”, is confident her play “Death Drop” will prove a hit and that the drag scene will bounce back.

“Drag is such a live thing, but thankfully we have a thing called the internet now and there’s been a lot of Instagram Live shows,” Act told the Thomson Reuters Foundation from the stage of London’s Garrick Theatre where the show opens on Friday.

“There has been a real sort of sense of community, which is wonderful, with people coming together to help each other.”

“Death Drop” – billed as “a ‘Dragatha Christie’ murder mystery” – revolves around a group of characters, all in drag, who gather on a secluded island one night in 1991.

Almost 300,000 people are employed by theatres across Britain with 41,000 jobs dependent on West End theatre alone.

A June report from UK Theatre and the Society of London Theatre with the Creative Industries Federation and Oxford Economics said theatres could lose up to 3 billion pounds in revenue, with 26% of permanent jobs at risk due to COVID-19.

But as bars and clubs closed around the world, drag queens – and drag kings – moved online to make up for lost income and keep their fans in good spirits during the pandemic.

“Death Drop” co-star Vinegar Strokes, who appeared in the first season of “RuPaul’s Drag Race UK”, said she had been doing “tonnes of shows on Zoom and Instagram”.

“But it has been difficult in terms of not being able to do what you would normally do as a performer,” said Strokes, 36. “What’s lucky about drag is that we can actually do stuff online and we can get ourselves out there in different ways.”