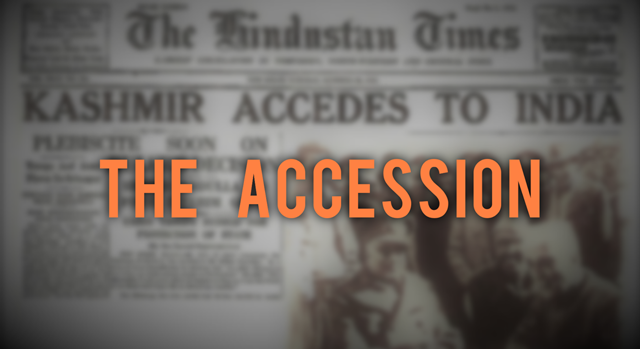 The people of Jammu & Kashmir have been fortunate to witness two historical revolutions which will certainly change their future and fortunes. While the first revolution took place on 05 August 2019 when the people were freed from the provisions of discriminatory and divisive articles 370 and 35A which isolated them from rest of the nation, the second revolution took place on the day when people were celebrating the Accession Day, declared as an official holiday for the first time 73 years after historic decision of Maharaja Hari Singh of acceding to India, on 26 October 2020. On this day protected land laws were amended to completely amalgamate the people of this region into the lofty concept of One Nation.All restrictive barriers were removed to enable applicability of the principle of reciprocity. As readers would be aware that prior to these revolutionary amendments, the residents of JK enjoyed the right to buy immovable property anywhere in the country but similar reciprocal arrangements in JK were prohibited for non- permanent residents of J&K. A grave injustice in a country which swore by no distinction between its citizens based on caste, colour or creed as enshrined in the preamble of the national constitution.

As expected, there is opposition to these historic decisions from a section of population led by the status quo lobby. The status quo lobby comprises those political leaders and their sympathisers who had benefitted the maximum due to the protectionism provided by the abrogated articles 370 and 35A. They and their cronies have not only amassed illegal wealth but also acquired huge assets and properties since the central laws against corruption were not made applicable in the erstwhile state taking shelter behind the protective articles. Their opposition is more out of political compulsions rather than logic based. The guiding principle of the status quo lobby is “Whatever GOI will propose. WE will oppose.” The arguments given by them to oppose the amendments do not carry much weight but are based on emotions creating a fear psychosis among the innocent populace.

The most common objections being levied are the deliberate attempts to change demography and the land is for sale to the outsiders and we will be deprived of our lands. As regards the first objection, it is clear that it has a great emotional appeal but lacks logic. The status quo lobby in Kashmir in order to gain sympathy of certain section in Jammu feeds them the narrative that not many will venture to Kashmir because of security reasons and its monolith character because of which Jammu will be worst affected with a mad rush to buy landed properties in and around Jammu. Look at the anomaly, on the one hand they accept that there is not much threat to Kashmir and on the other are shouting at top of their voices that the amendments have been made to further the Hindutva agenda and change the Muslim majority demography of Kashmir. It is evident from their contradictory logic that the reason behind opposition is simple and clear to create a fear psychosis in the name of religion among the Kashmiri masses thus giving a communal turn to a pure administrative decision. On one hand these leaders talk of inclusion, secularism, plurality and composite culture and on the other they want laws promoting exclusivity and protectionism to be retained. The reality is that under the garb of Kashmiri identity and majority mind-set they are not willing to welcome the Kashmiri Hindus, bearer of original Kashmiri identity, and symbols of Kashmir’s composite culture. They are loath to losing its monolith character even at the expense of remaining isolated but this is against our national interest and hence will not be allowed to happen.

The amended laws are people friendly. The land has been classified under three heads namely Agricultural, Industrial and Non-Agricultural or real estate. In keeping with the fear and sentiments of the majority agricultural land has been kept out of the ambit of sale to other than the residents of the state. The land ceiling has been removed since it was discriminatory. The land ceiling was applicable to agricultural land but orchards were kept out of its purview since the most of the orchard owners were from Kashmir and from the majority community. Certain exceptions for sale of agricultural land with the permission of Deputy Commissioner have also been catered for. Provision to utilise agricultural land for residential purposes not exceeding 400 square metres and other ancillaries with the permission of Tehsildar has also been catered for. Contract farming in keeping with the newly introduced Farm Bills has also been permitted.

Industrial land is to be sold through the Industrial Development Corporation removing the earlier restriction of giving land on lease only to non-permanent residents. This will be the ultimate game changer. The UT is starved of revenue, with only 30% in-house revenue generation and dependence on the centre to meet the remainder requirement. Investments in industry will not only generate much wanted extra revenue but will also create avenues for employment including establishment of ancillaries. A very weird statement from one of the leaders of status quo lobby claiming credit for rapid industrialisation along the Jammu-Kathua corridor in the Industrial Estates during their regimes under the old laws. The leader deliberately fails to acknowledge the fact that sheer land and sheds do not contribute to make an area industrial belt. The hard reality is that more than sixty percent of the units in these areas are either sick or closed. The units fall under the category Micro and small units with a few medium units. There are no large or heavy industrial units in J&K. These are the units which promote ancillary industries and also generate large scale employment. The reason for their absence is self-evident. The regulatory environment to invest in J&K was not only lacking but discouraging and discriminatory. Due to tight governmental control the investors were made victim to the whims and fancies of the Chief Ministers and their henchmen. The changed environment has already invited the big names in industry who have assured to invest here.

Lot of noise is being made about the land of third category which would be used for residential or real estate sector, infrastructure, health, education, hospitality and tourism. Many accusations are being laid that property rates will sky rocket, locals will be deprived of their lands, and small land holders will be the worst sufferers. All these are manufactured fears. To control the property rates the bill mandates the UT administration to appoint a real estate Regulator. Also the point to ponder is that the laws have not tampered with the right of ownership. It is up to the owner of the land to sell it or not. No power on the earth can force him to part with his land. Rather in case he is interested in selling the land he would get the best price since the market forces will be in play. Isn’t it better than the era of protectionism when the choice was very limited? Investment in the abovementioned sectors would not only provide the much needed such facilities to the locals, which the area lacks woefully today, but will also add to their quality of life and generate employment as well.

To sum up, all the hype being created against the amended land laws is motivated and lacks substance. It is a positive move that would enable generation of revenue and improve quality of life of the local populace. It would address the twin problems of unemployment and revenue deficiency.