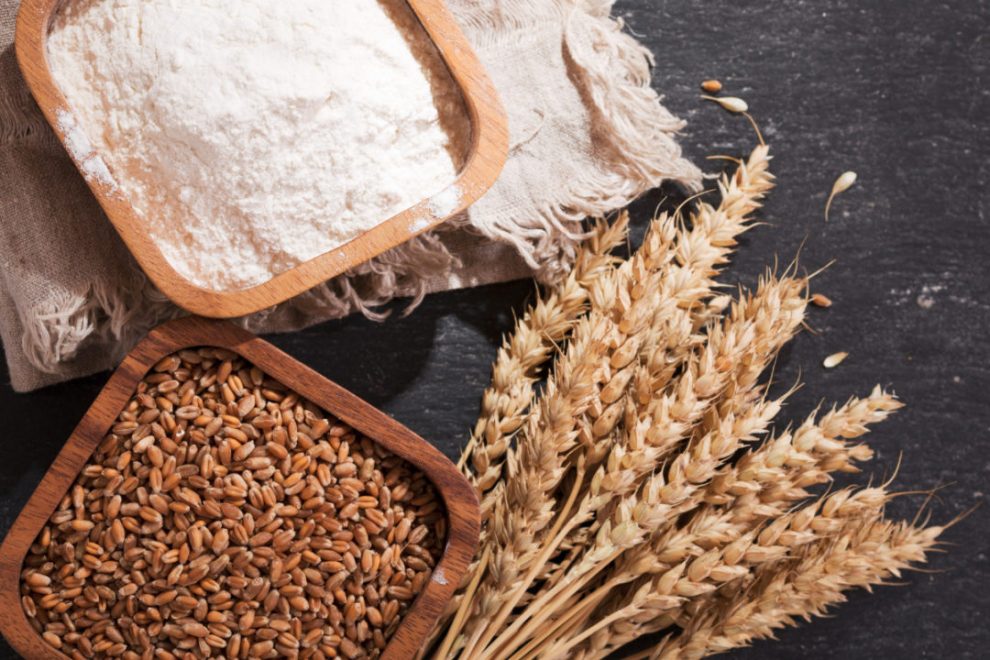 Now that we have rice and dal out of the way, let’s consider the other staple carbohydrate: wheat. The original grain that made large-scale human civilization possible, wheat (like rice, corn and sugarcane) is a grass, making the grass family of plants one of the most successful species on the planet. Whether we have domesticated these grasses, or they have deviously convinced human beings to stay addicted to carbohydrates and, thus, grow them on a massive scale, at the cost of other plants, is a question worth pondering over when you mix atta and water and let it sit for 30 minutes. If you aren’t doing autolysis, which is what this step is called, you are skipping the single biggest science trick when it comes to making the perfect chapatti, or a paratha, naan or kulcha for that matter.

The Indian subcontinent mostly uses two kinds of wheat flours: maida, which is made just from the endosperm, and atta, which includes a little bit of the bran. This is unlike the more ‘wheaty’ parts of the world—the Middle East, Europe and North America—where there is a cornucopia of variations based on the variety of wheat, how much of the bran is used to make the flour and how finely it has been ground. Of late, because urban Indians seem to have rediscovered millets, there has been an explosion of both gluten-free flours and wheat flours ‘enriched’ with millet flours. But, for now, we shall focus on wheat and discuss gluten-free breads in Chapter 7.

The milling process (in a chakki, which is a set of two millstones used to grind grain into flour) used to make atta causes a fair bit of damage to the proteins and starches in the flour, which makes atta not an ideal flour to bake leavened bread. A loaf of bread baked with atta tends to be dense and crumbly, and not soft and airy like it is if you use the whole wheat flour available outside India. This is also why leavened breads, such as naan and kulcha, tend to use maida, which is not made using the stone-grinding process and, thus, has better gluten development when leavened. If you want to make a whole wheat loaf of bread in India, your best bet is to use 70 per cent maida and 30 per cent atta for the best results.

Here is what happens when you add water to atta or maida. There are two proteins in wheat—glutenin and gliadin—that form a stretchy and elastic structure called gluten, which traps air to create give your finished bread a light and airy texture. Maida forms stronger gluten structures than chakki-ground atta, which is why chapattis made of maida are chewier than those made using atta. Gluten formation in a chapatti is focused on creating a soft, yet not overly chewy, superstructure. But in a loaf of bread, gluten formation is focused on making a strong structure that is able to handle the expanding gas generated by the yeast in the dough, finally turning it into a crisp brown crust at high heat in the oven, thanks to the Maillard reaction.

The more water you use to knead your dough, the softer the final product will be. But, remember, sticky dough can be difficult to handle. As a general rule, chapatti dough made with 100 per cent hydration (100 g of water for 100 g of atta) hits the sweet spot for dough-handling ease and softness of the finished product. If you are new to chapatti-making, start from 80 per cent hydration and work your way up as you get comfortable. And because this is a common error, it’s important to distinguish between ratios by weight and ratios by volume. Most people making chapattis tend to use the two-cups-of-atta-with-one-cup-of-water heuristic, and this is perfectly fine because two cups of atta weigh about the same as a cup of water. When you use cups as a measure, it’s volume, and when you use grams, it’s weight. So, 2:1 ratio by volume for flour:water is not the same as a 2:1 ratio by weight because water weighs twice as much as flour for the same volume.

The algorithm for the perfect, soft chapatti dough is:

1. Mix atta and water, and roughly bring it to a shaggy mix (no need to knead) till there are no dry bits of flour. Let it sit for 30 minutes. This triggers a process of autolysis where gluten formation starts in the presence of water. You can use slightly warm, but not boiling, water to increase gluten development. Boiling water will cook (gelatinize) the starches in the wheat, and that will leave less water for gluten development. Some methods do recommend using boiling water, but that will produce not just a soft chapatti but also an ultra-flaky one. Ultimately, it’s a matter of personal preference. I tend to like my chapattis with some amount of chew. The beauty of autolysis is that you don’t need to knead the dough at all. The dough will literally knead itself.

2. After 30 minutes, work in some salt into the dough. We don’t add the salt up front because salt tends to tighten the gluten network, and we don’t want that during the early stage of gluten development. Just knead the dough mildly till it looks shiny and slick (the autolysis phase will help make this happen pretty quickly) and you are done! Think of all those instructions that ask you to knead the dough for 10 minutes. If you think the exercise will be useful for your deltoid, triceps and biceps, go ahead, but it is not really necessary.

The actual rolling out and cooking takes some practice and experience, and there really isn’t any other trick to it, so just keep doing it till you get better. Try and use as little extra flour for dusting and preventing stickiness while rolling, because all that extra flour tends to burn on the tawa and flame, adding a burnt flavour to the finished product.

Chapter 7 will explore more Indian breads, both leavened ones like naans and kulchas, which use yeast or baking soda/powder as leavening agents to make the dough airy and soft, and gluten-free breads made using millet flours.

Excerpted with permission from Masala Lab: The Science of Indian Cooking, Krish Ashok, Penguin India. Read more about the book here and buy it here.

Join The Dispatch Whatsapp Group to stay updated
The Dispatch is present across a number of social media platforms. Subscribe to our YouTube channel for exciting videos; join us on Facebook, Intagram and Twitter for quick updates and discussions. We are also available on the Telegram. Follow us on Pinterest for thousands of pictures and graphics. We care to respond to text messages on WhatsApp at 8082480136 [No calls accepted]. To contribute an article or pitch a story idea, write to us at [email protected] |Click to know more about The Dispatch, our standards and policies
TagsKrish Ashok Masala Lab Penguin India The Science of Indian Cooking