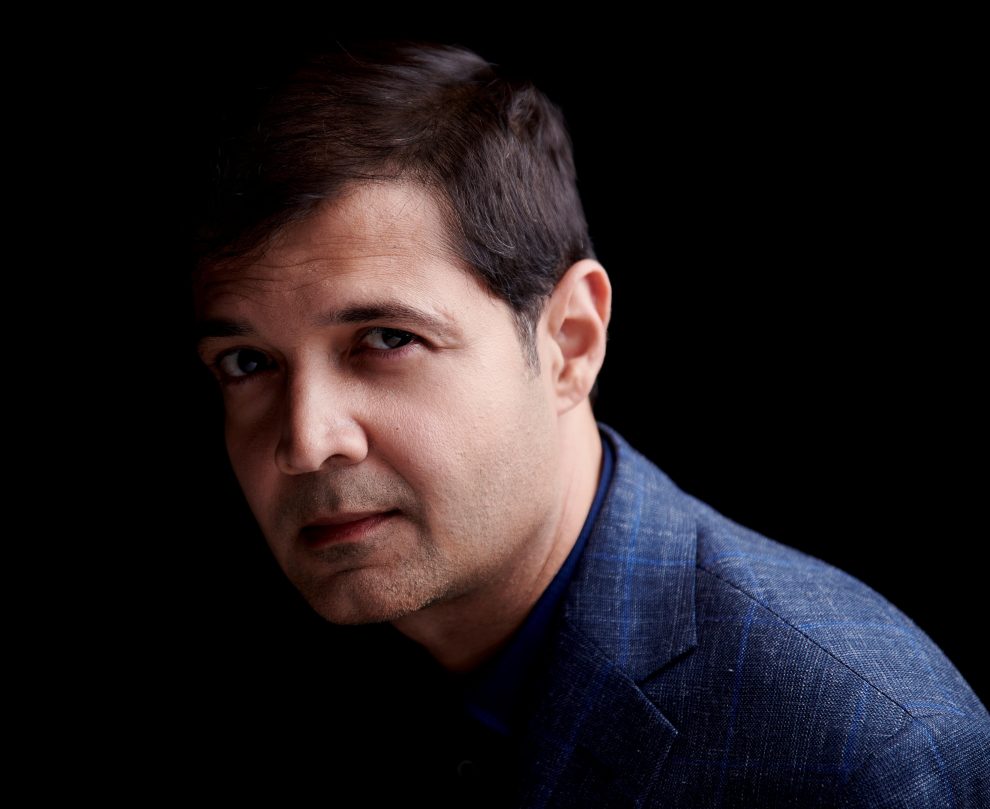 Before long Abhimanyu and Meera started bonding deeply on their common love for Indian classical music. She the serenader, and he the consummate listener. It was a truly transcendent relationship – Abhimanyu’s status didn’t come in the way of them speaking to each other freely. Each moment with Meera made Abhimanyu forget about his own tribulations. As for Meera, she was happy to converse about music, perhaps for the first time since her father’s death; Abhimanyu offered a constant loop of praise, criticism and advice, something she had been missing in her family. She opened up to him about her dreams and struggles. He would hear her talking giddily about her idols in classical and playback singing and how she would give up everything just for a chance to perform alongside them. The reproachful girl at the maidan had metamorphosed into a passionate conversationalist eager to share her world with him, testing out her theories about breaking in the industry, unfazed by a string of rejections. He coaxed her to try out smaller projects like singing jingles in advertisements.

‘And be banished from the singing community forever?’ she said, only half jokingly.

‘Well, they are no custodians of all art’ Abhimanyu said.

‘Selling soap is an art?’ Meera said after taking a sip of fresh Irani tea.

‘Yes why not? Besides, look at it as a stepping stone to bigger things!’ .

They were sitting in a corner booth at Bandra’s Lucky Restaurant. A steady stream of mill workers filed in to get their first meal of the day before heading to town. Abhimanyu had never stepped inside a restaurant before in his life,. The hum of chatter and shifting chairs that filled the hall were all too foreign for his cloistered upbringing, he took it all in. Men with sunken faces stuffed pavs into their mouths, barely taking the time to chew as they planned to tackle the day’s work were a far cry from the leisurely pace of palaces and clubs he was used to. Some shared pages of the morning newspapers and passed them around when they were done, in exchange for a new one. Outside, a horde of workers stood listlessly in hope of getting odd jobs. Every few minutes, a truck would come along and the driver announced the jobs he had, along with the wages. Road maintenance in Mahim. Seven rupees. Construction work in Andheri. Eight rupees. A bunch of workers climbed the truck, gobbling down the last bits of their bun maska. A few men shook their heads at the low wage but climbed on anyway. Some didn’t have a clue about the work or the wage but went along just to stay with their friends. A few others took their chances and continued to wait for a better deal to arrive.

‘You know, the songs in advertisements.’

‘Are you serious?’ Meera raised his voice. Some of the men looked their way. She didn’t particularly enjoy their rendezvous in rundown restaurants but acknowledged that it was the best way to keep their relationship under wraps. No one would expect a prince from Ranakpour and a middle-class Bombay girl to be at Lucky’s together.

‘What’s wrong with that? They pay well, I hear,’ he said, puzzled by her reaction.

‘It’s not about the money.’

‘Look at them, Meera,’ Abhimanyu said, gesturing at the workers outside. ‘You think this is what they aspire to be in life, doing odd jobs? Yet, they go on, day after day. There’s dignity in all work!’ He announced, the grit of Bombay was rubbing off of him.

Meera let out a chuckle.

‘What?’ Abhimanyu asked her.

‘It’s easy for you to say that. Romanticizing work is simple for someone who …’ Meera stopped abruptly.

‘Abhimanyu, I am sorry. I didn’t mean to say that.’ She put her hand over his, a bold move given where they were seated, and that she was the only woman in the restaurant. ‘It’s just that … I thought being there on stage with Pandit Bhairo would amount to something.’

Far from it. Abhimanyu demanded more of her. Partly because he knew her potential and partly because he wanted to live vicariously through her, with her, as they charted a future together. It was Abhimanyu who yearned for dignity of achieving something of his own. He projected his deepest desires on Meera in the hope that her success in turn would inspire him to reach for the skies.

Slowly, doing well in his chosen game was no longer enough. He recognized that he had to change the way cricket was played in India. That way, he could achieve what he really wanted – making a contribution to this new Indian society that was so willing to discard him like a relic of the past. He became more proactive and began building connections beyond Bombay. From the idyllic grounds of Orient Club grew a rudimentary domestic circuit of western India. With some help from Ranjit Singh, he reached out to teams as near and far as Pune, Baroda and Rajkot. Calls were placed and good players hunted down. Abhimanyu paid for the best batsmen and bowlers to come down to Orient Club as trainees and play with his team. When people turned down his offers to come to Bombay, he, along with Ranjit Singh, Kamal and others visited them where they lived. The disparate group set about building a real Indian team from the ground up as the national team of Nawabs and Merchants travelled the world with moderate success. To him, the time had come to build a team that represented the raw chaotic energy of the new nation. It wasn’t lost on him that the real irony lay in the fact that he, who had turned down his nose at the idea of playing cricket with the common folk, now lived to build a people’s team.

Excerpted with permission from The Prince and the Nightingale, Abhishek Bhatt, HarperCollins India. Read more about the book here and buy it here.

TagsAbhishek Bhatt Fiction HarperCollins India The Prince and The Nightingale

“Written in the Stars”: A romantic comedy about life, love, destiny, and choices
“Equations”: A story of aspiration and social change in this debut novel set in 1980’s New Delhi
Comment