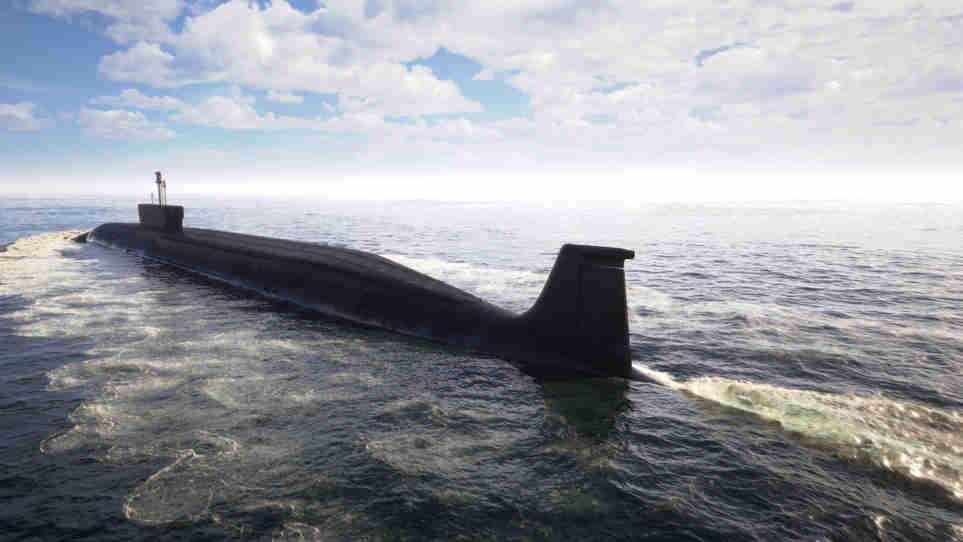 On 15 September 2021, two members of the Quad—the United States (US) and Australia—along with the United Kingdom (UK) issued a joint statement to create a higher “trilateral security partnership called ‘AUKUS’” to meet the new challenges of the 21st century. The statement, in the very opening sentence, clearly mentioned that these challenges are emanating from the Indo-Pacific region.

The announcement made the world talk. A number of issues ranging from geo-politics to non-proliferation to containment of China have been circulating in discussions. Many wonder whether the much talked about Quad Plus has started materialising. Like the Quad, the AUKUS does not refer to China as a challenge but the common understanding is that the preparatory work of maritime democracies to contain China in the Indo-Pacific is being bolstered through it.

The AUKUS as a geo-political issue may have generated a gentle debate and discussions in the world, but the submarine part of the agreement is being considered a “bombshell” in many quarters. It invoked strong reactions not only from the Chinese establishment but also from Biden’s friends and allies. The non-proliferation community also joined the debate highlighting the departure from the long-standing American position.

The AUKUS pledged to facilitate the Australian acquisition of the nuclear-powered submarines. The 15 September statement noted: “Today, we embark on a trilateral effort of 18 months to seek an optimal pathway to deliver this capability. We will leverage expertise from the United States and the United Kingdom, building on the two countries’ submarine programmes to bring an Australian capability into service at the earliest achievable date.”1

The joint statement, thus, makes it clear that it is not an immediate transfer of submarines, which Australia has been seeking for a number of years. For that purpose, it had a US$ 66 billion agreement apparently escalated to US$ 100 billion with France in the past. The acquisition of the submarines is supposed to boost “interoperability, commonality and mutual benefit” among the AUKUS countries. This would make the UK not merely a collaborator in development of nuclear-propelled submarines but also an active player in the Indo-Pacific security theatre.

As of now, Australia has very rudimentary capabilities in nuclear reactor business. It has built a 20 megawatt-thermal research reactor. For multiple reasons, it did not invest much in nuclear research and development or industry, though it has an impressive reserve of high-quality uranium. It seems that it is now serious about developing its nuclear industry, at least, to support the planned nuclear submarines’ acquisition.

In the coming weeks or months, more information may come out in the public domain about the nature of submarine transferred to or developed for Australia. The nuclear reactor which is going to be used in the submarine is also a matter of curiosity for the world. Moreover, the level of enrichment of uranium may further drive the discussion on it.

The reaction to the AUKUS nuclear-propelled submarine deal manifests multiple dimensions. The curious blend of geo-technology and geo-economics is synergised with geo-politics. All three are supporting and opposing each other simultaneously.  It ranges from the breach of the commercial contract to the collaboration in the “prohibited technology” to implications for the non-proliferation regime.

Instantaneously, reactions in print, electronic and digital media highlight that the AUKUS will undermine the non-proliferation regime. Some express apprehensions that non-nuclear weapons states may compare the AUKUS to the India–US civil nuclear energy initiative, and may get “more ammunition in support of a narrative that the weapons states lack good faith in their commitments to disarmament”.2

Critics in the US and the Western countries look puzzled over the decision to sell/ transfer of naval reactor technology. The US has been resistant to the idea of transfer of technology to even its allies like France and Canada. Only the UK was an exception as a recipient but not as a seller. In the past, the UK was prevented from transacting naval nuclear fuel cycle relating nuclear attack submarines to Canada.  Now, the US has made the UK team up in the AUKUS to deliver the nuclear-propelled submarine to Australia.

A section of the non-proliferation community is expressing reservations about the nuclear submarine transfer because of its proliferation potential.  It is feared that such a transfer to the non-nuclear state may increase the possibility of diversion of fissile materials used in the submarine propulsion for nuclear explosive purposes.

Moreover, some opine that there is an increasing use of HEU (Highly Enriched Uranium) in nuclear reactor so that it becomes more “compact” in operation.  The increasing use of HEU further raises the prospect of its misuse for nuclear weapons. Some academic activists have also been arguing for a long period that the existence of a huge amount of HEU in submarine reactors all over the world increases the danger of materials falling into wrong hands.3 This line of thinking maintains that the nuclear submarine deal will also dampen efforts towards converting HEU into LEU (Low Enriched Uranium), thereby increasing the possibility of nuclear terrorism.

As Australia had signed an agreement for 12 diesel propelled submarines with France, analysts assume as a requirement of 22 submarines by Australia, and then analyse the amount of HEU needed to run the submarines. One of the reports notes: “if Canberra wants to operate six to 12 nuclear submarines for about 30 years, it will need some three to six tons of HEU.”4 Since Australia does not have much capabilities in its nuclear establishment and considering the urgent security imperatives, the US and the UK will have to supply HEU.

One section of the non-proliferation community believes that after the US becomes a party to this deal, it will be difficult for it to check such a deal signed by another set of countries such as France and Russia with different recipients such as Brazil and China.  It is anticipated that the AUKUS deal could be followed by an uncontrolled proliferation.

Most of these apprehensions and arguments fall in the grey area. Stretching the non-proliferation argument too far may harm the cause of non-proliferation itself. The bureaucratic approach to non-proliferation regime—blurring the distinction between a responsible country and irresponsible means a reckless proliferator—is risky. It allows the dangerous states to clandestinely operate and transact items, which may result in nuclear weapons. Australia has shown restraints, and as amply discussed, the nuclear submarine deal has nothing to do with nuclear weapons.

Even legally speaking, the Nuclear Non-Proliferation Treaty (NPT), the mainstay of the non-proliferation regime, does not prohibit development of nuclear submarines or transfer of nuclear materials used as propellant in the naval reactor/nuclear submarine. Moreover, the joint statement underlines Australia’s adherence to “the highest standards for safeguards, transparency, verification and accountancy measures to ensure the non-proliferation, safety, and security of nuclear material and technology”. It also indicates that Australia will continue to fulfil its obligations and will have an agreement with the International Atomic Energy Agency (IAEA).

In fact, Australia signed a safeguards agreement in 19745 after ratifying the NPT in 1973, due to which it became famous for promoting the tools of non-proliferation. In 1987, it enacted the Nuclear Non-Proliferation (Safeguards) Act. It supplied uranium to several countries after signing the safeguards agreements. Later, it also became the first country to adopt additional protocol on 23 September 1997.6 The text of Additional Protocol was approved in the IAEA Board of Governors meeting on 15 May 1997.7

The continued engagement with the IAEA should remove apprehensions regarding the interpretation of the Article 14 of the Comprehensive Safeguards Agreement signed between Australia and the IAEA. The legal document signed between them explicitly gives direction to the Australian government what to do when nuclear materials are not under safeguards.

A section of the international community from time to time expresses scepticism of the information provided regarding fuel, its composition, and naval reactor designs, naval bases and military fuel cycle fabrication process.8 Australia’s commitment to the safeguards norm has been continued. Australia has apparently demonstrated enough confidence in its suppliers and the IAEA on the need for balancing confidentiality and transparency.

The IAEA Director General Rafael Mariano Grossi informed that the AUKUS countries had informed the agency about the agreement.9 He also told that the three countries communicated their commitment to the non-proliferation regime by underlining Australia’s “exemplary non-proliferation credentials”. He also notified the willingness of the three countries to remain engaged with the “IAEA in the coming months”. More significantly, he updated the international community by stating that “The IAEA will engage with them on this matter in line with its statutory mandate, and in accordance with their respective safeguards agreements with the Agency”.10

The nuclear submarine business has overlooked some archaic alarms as far as the nuclear non-proliferation regime is concerned. In India, too, some reports record displeasure over the submarine deal on the grounds that India was denied similar deal in the past. Unlike Australia, India has an operational nuclear submarine programme and a very robust nuclear industry. True, India may still need some of the technologies or the submarine depending on its requirements, however, the deal heralds a new era.  A country like India with established responsible credentials, may also get the benefits in the future.

The article first appeared on the website of IDSA and vies are of author.

The author is Senior Research Associate at the Manohar Parrikar Institute for Defence Studies and Analyses, New Delhi.