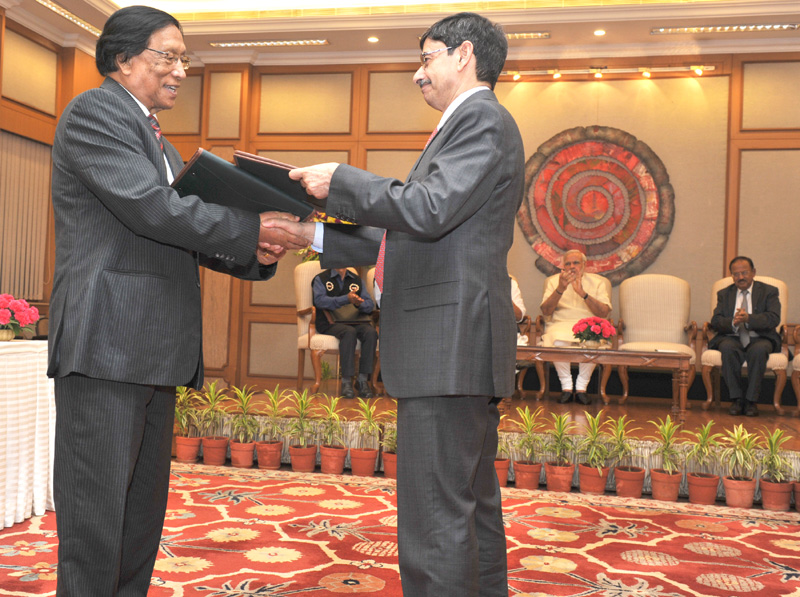 The final round of peace talks on the Nagaland ethnic conflict has hit the rough waters. The biggest problem in the peace talks today is not the finalization of a peace deal but the challenges that NSCN(IM) faces for its demand for an integrated Greater Nagalim state. Once the core of the Naga insurgency, why is NSCN(IM) ‘s staunch position on separatism pushing the group to the background? Why is NSCN(IM) unable to build a consensus around its demands for a peace deal?

Starting August 2020, the National Socialist Council of Nagaland (Isak-Muivah), a former insurgent group in talks with the Centre, reached out to New Delhi demanding a new interlocutor in place of Nagaland Governor R N Ravi. The former has been unhappy with Ravi’s unbending attitude to its demand for a separate Constitution and flag. NSCN(IM) has toughened its demands and reminded the Centre that the peace talks for them hinge on “shared sovereignty of two entities;” the principles Centre has agreed to in signing the Framework Agreement in 2015.

NSCN(IM) as its own biggest challenge
The emergence of new actors has eclipsed the demands of the NSCN(IM) today. Since the beginning of the Naga insurgency, the NSCN(IM), NSCN(U) and NSCN(K) have dominated the conflict and peace landscape. After the NSCN(K) exited the talks in 2014, NSCN(IM) has been the main actor. Focusing just on the details, the framework agreement has become the biggest devil. NSCN(IM) has used time and again to put the focus of the peace talks on preserving the “historical and political rights” of the Naga people – a flag, constitution and a separate existence.

As NSCN(IM) shows little scope in softening its stance, other groups in the peace talks like the NNPGs and the Naga Gaon Bura Association have put their faith in Ravi to solve the Naga problem. Moving beyond the integration rhetoric, these new actors have maintained that a final agreement may or may not depend on a separate flag and constitution, an agenda that could be acceptable to the public in the long run. NSCN(IM) has long avoided bringing the NNPGs in line with their position, thus widening its difference. Today the gaon buras (village heads) see NSCN(IM) as a group who will project any group towing their political ideology as anti-Naga.

This growing mistrust has followed the Centre’s policy to bring the groups representing the 14 tribes to the table, thus making the peace talks more representative. The demands of the NSCN(IM) is proving to be a hindrance for these other groups; for them, insisting on this demand is delaying the main deal.

Centre’s return to the reductionist approach
With the National Security Agency leading the talks, a hawkish view of the group has been a constant strategy of the Centre. Since the 1997 ceasefire agreement, NSCN(IM), has not returned to the jungle but kept through with extortion and kidnappings. As the peace talks follow, NSCN(IM) realizes that their political mileage has been cut short in how they are turned today into a law and order problem within Nagaland. This has justified the Centre’s counter-insurgency measures, and a clampdown on NSCN(IM) ‘s economic trails that were evident with NIA’s arrests of a few senior leaders under the UAPA or Ravi’s scathing letter to the Chief Minister.

In 2002 when the Indian government and the NSCN(IM) signed an MOU, it was not just to officially lift the ban under the UAPA. It was also to recognize that the Naga struggle was not an “internal law and order issue” but a political issue. As Ravi points to the NSCN(IM) for Nagaland’s worsening law and order, the position of the group in the peace talks also relegates, thereby further reducing the stature of their demands. The group’s current battle is more to be in legal boundaries than the political relevance of their demands.

Inter-tribal conflict as another challenge to the NSCN(IM)
The Naga identity is neither monolithic nor exclusive. NSCN(IM) has hardly endeared itself to other Naga communities as well. The NSCN(K), NSCN(Konyak-Kitovi) and the Eastern Nagaland People’s Organization remain independent of the NSCN(IM). The Naga Hoho, the tribal council of the Nagas, has not endorsed NSCN(IM) of the Naga cause. Conflicts between the Sema, the Angami, the Ao, the Lotha and the Konyak tribes have further weakened the position of NSCN(IM) as a group that could represent the ethnic tribal interests of all Nagas.
NSCN(IM) ‘s conflict with other ethnic groups such as the Kukis have further questioned its leadership. The Kuki group within Nagaland, have long held NSCN(IM) responsible for the butchering of their tribe in 1993 for the Greater Nagalim dreams. Further, the NSCN(IM) had done little to resolve it when NNPG entered into a negotiation with the Kuki National Organisation to solve the ethnic representation question.

NSCN(IM) ‘s collective imagined homeland is driven redundant
The demand for greater Nagalim, at the heart of the Naga insurgency, has substantially diluted today. While NCSN(IM) has propagated the Greater Nagalim idea with the unification of a part of territories from Assam, Arunachal Pradesh, Manipur and part of Myanmar, the other groups do not maintain a tough stand on the territorial readjustments and see it as symbolic, not fundamental to the peace process. The NSCN(IM) has sort to bring back the consensus. In spite of publishing the framework Agreement, it had little impact on NNPG who in a statement on 15 September, indicated, “…which is honourable and acceptable, Nagas must take. Symbolic issues that remain unresolved be pursued through continuous” political process.

Among all in Nagaland, it is becoming clear that Centre by bringing nationally aligned political parties in Assam, Manipur and Arunachal Pradesh has insulated themselves from the fallouts of the Naga nationalism. The mother of all insurgency in Northeast India is only the problem of Nagaland today. While other groups demand a deal centred on ethnic representation, NSCN(IM) needs to choose its stakes wisely to prevent being caught in its rhetoric.

The author is a Project Associate at the School of Conflict and Security Studies, NIAS.

The new demands within the State over the Official Language Act
In Nepal, rising gender violence shadows COVID-19 pandemic
Comment